The Minister for Justice and Constitutional Affairs, Maj Gen Kahinda Otafiire has written to the Official Receiver, also the current Administrator of insolvent UTL instructing him to expedite the process of sourcing a strategic investor.

It comes after the President Yoweri Museveni wrote a letter to the Justice Minister, stressing the strategic importance of UTL to the Ugandan economy.

The company which was placed under receivership in 2017 has in recent weeks become subject of debate, following the demands by Minister Evelyn Anite to have Bemanya Twebaze replaced.

She claims Bemanya has made it difficult for government to audit or assess the operations of UTL.

However, in response, to Anite, both the Attorney General, William Byaruhanga and his deputy Mwesigwa Rukutana have advised against the request by the Minister, saying the Ministry of Finance under which Anite’s docket is lacks the locus to apply to court for replacing Bemanya and that there were no grounds to.

In a letter written to Minister Kahinda Otafire, the President has reiterated the need to find investors for UTL.

In his letter, Museveni advises against divesting the telco.

“As I have guided on several occassions given the strategic importance of UTL to the economy of Uganda, Government is in the process of identifying suitable investor(s) to partner with to revamp UTL as opposed to divesting it,” Museveni says in the letter a copy of which this news website has obtained.

“The above position was also taken by Cabinet”.

Museveni directed that no actions contrary to the position by Cabinet should be taken on UTL issues.

“Therefore, no actions contrary to cabinet’s position should be taken. Further, Cabinet must always be consulted or related decisions concerning UTL before they are taken,” Museveni said.

As such, the Minister has now written to the Administrator communicating the directive from the President.

“I have received guidance from the President of the Republic of Uganda in this matter and hereby direct as follows….”, Otafiire wrote.

“Uganda Telecom is of strategic importance to the economy and you are requested to ensure that it is not liquidated”.

He further instructs the administrator “to expedite the process of sourcing a strategic investor”.

Also, the Justice Minister has directed Bemanya to continuously update him on the progress to enable me report to Cabinet accordingly.

Minister Anite has in the recent days told media that the matter of sourcing for an investor is her role and that her campaign to have Bemanya replaced is her final position. 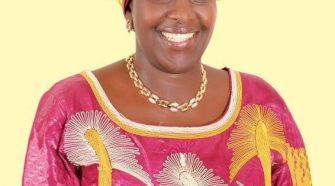