The Deputy Speaker of Parliament, Jacob Oulanyah has recommended that the Parliamentary Rules and Privileges Committee considers setting up penalties to Ministries, Agencies and Departments that have continuously stalled government business by presenting Ministerial Policy Statements which have been found wanting.

While addressing the House on Tuesday, Oulanyah noted that it is so embarrassing that among the Ministerial policy statements that were presented before Parliament recently, nine of them had vital information lacking and could not be further processes by the Parliament Committee on Budget.

The Ministries whose Policy Statements were found wanting include; Trade and Industry,m; Tourism; Justice and Constitutional Affairs; Gender, Labour and Social Development; Science Technology and Innovation; Works and Transport; Lands, Housing and Urban Development; Agriculture and Animal Industry; and the Ministry of Information and Communication Technology.

“It has been brought to my attention that a number of Ministerial policy statements that were presented before the House last week lacked vital information and never met requirements as laid out in the Parliament Rules as well as the Public Finance and Management Act,” Oulanyah said.

He said that for Ministries to continue making avoidable mistakes that end up disrupting Parliament’s working calendar is an unfortunate gesture.

“The above acts and omissions like in any organization should attract penalties and sanctions. However, our rules are silent on how such cases can be handled. I therefore request the Rules committee to interest itself in this matter and consider presenting amendments to Parliament so that errant Ministries, Departments and Agencies can be penalized for this kind of thing,” Oulanyah noted.

Oulanyah noted that Parliament has a time frame within which it must process the Ministerial policy statements which task is very revolving and requires concentration and time.

“Whenever sectoral committees are systematically handling Ministerial policy statements, I will suspend plenary sittings for a certain period so that committees can complete their task. By so providing the time, I don’t want any excuses for not completing the assignments on time.”

The Second Deputy Prime Minister Moses Ali acknowledged the mistakes made by the different Ministries and apologized to Parliament for the inconvenience. 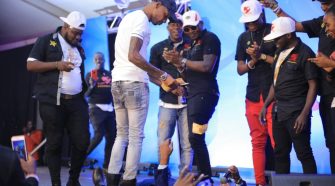