The Deputy Speaker of Parliament, Jacob Oulanyah has warned Members of Parliament against engaging in criminal activities expecting to claim Parliamentary privileges and immunity.

Nambooze noted that it is so absurd that an MP cannot be allowed to leave his home to come to Parliament and represent his people.

“We want to know whether Hon. Kyagulanyi will be able to do his legislative duties for which the people elected him; they stopped him from his performing rights and they are now stopping him from representing his people,” Mugume said.

Kira Municipality MP, Ibrahim Semuju Nganda said that, “We are pleading that government allows him to attend Parliament so that he can represent his people.”

In response, the first Deputy Prime Minister, Gen. Moses Ali promised that the matter against opposition activities would be investigated to find out why Police that has in the recent past been allowing opposition to go on with their activities has now turned out to block them.

“I appeal to members to also be law abiding, if you provoke Police whose primary duty is maintain law and order, then you will have some issues with the police,” Gen. Ali said.

In his ruling, Oulanyah said that there is no way the Speaker of Parliament can sit and defend any member who participates in any criminal activity or any activity they do outside Parliament.

“We are law observers as Members of Parliament after all that is why we are honorable members, then the rest of the things will follow,” Oulanyah said.

He added, “If you have cases, we have signed warrants that have been forwarded to the Speaker’s office, to be forwarded to members for execution; if they opt to use the Parliamentary system to arrest a member, they can forward a warrant and we have the member arrested.” 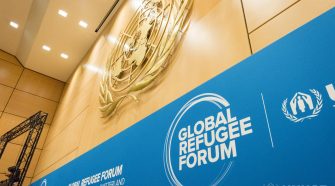