Details of the cause of his death are yet to be communicated.

The country’s first democratically elected President, Morsi was overthrown during a military coup in July 2013 after serving just one year of his four-year term.

In November 2016, Egypt’s Court of Cassation overturned a death sentence against Mohamed Morsi and ordered a retrial.

He rose to power as the leader of the now-banned Muslim Brotherhood, which is Egypt’s largest Islamist group.

Morsi was tried in an Egyptian court on several charges, including one of escaping prison during the 2011 uprising against then-president Hosni Mubarak.

He was also accused of sharing state secrets with foreign powers, including Qatar. His defence argued that he was merely engaging all foreign entities within the limits that any head of state would.

Morsi was given several sentences, including life, a 20-year prison term and the death penalty. He appealed against those sentences, but had the 20-year term confirmed by an Appellate Court. 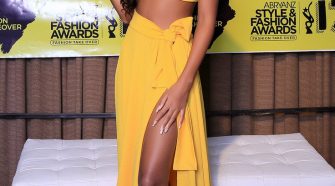 Africa’s most prestigious Abryanz style and fashion awards are back