UPDF used long range artillery and fighter jets to strike the bases said to have harbored ADF militants, weeks after the rebels killed over a dozen UN peacekeepers and injured 50 in North Kivu province.

Friday’s preemptive attack on ADF followed coordinated intelligence by the military of both Uganda and the DRC, according to UPDF spokesperson, Brig Gen Richard Karemire.

The two countries’ intelligence had established that the rebel group which has terrorized Uganda and DRC since the 1990s were planning to conduct hostile activities against Uganda.

A week earlier, several military trucks carrying UPDF soldiers and artillery were seen passing through Fort Portal in Western Uganda heading to Bundibugyo district which borders with the DRC.

The army had learnt that ADF militants were planning to enter Uganda through Bundibugyo.

ADF sprung up as an Islamic terror group and has since used a radical extremist approach in its activities.

While it is hard to estimate the number of ADF militants currently occupying the North Kivu province, killing 100 of them is likely to further weaken the group’s activities and beat the spirit of the remnants.

In the wake of the successful attack, Brig Karemire had noted that ADF will be targeted wherever they go. 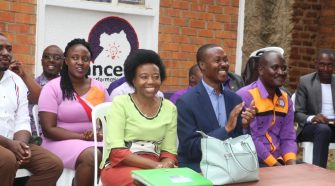