Atleast 230 tourists from Israel have Wednesday arrived in Uganda on a trip to visit the country’s numerous attractions, the Uganda Tourism Board (UTB) has said.

The tourists arrived at Entebbe international airport on Wednesday afternoon aboard a direct flight from Israel to Uganda, the ELAL flight. They will be touring the country till Saturday.

Tali Yativ, the team leader of the Israelites tourists said she is excited to be in Uganda.

“I love the people of Uganda and the nature Uganda has,” she said.

They toured the building at the old Entebbe Airport that was during Amin’s government raided by Israeli commandos in a rescue mission after a plane was hijacked and Israeli passengers taken hostage.

The UTB chief executive officer, Stephen Asiimwe told SoftPower News that Uganda has been marketing its tourism in Israel.

Currently, the Minister of Tourism, Prof Ephraim Kamuntu is leading a contingent from UTB and other private sector players in in Tel Aviv, the capital of Israel to participate in the International Mediterranean Tourism Market (ITTM) in Israel.

The group will be touring and visiting the national parks, visit the Jewish community in Mbale, the source of the Nile and other cultural places across the country.

Asiimwe told SoftPower News that the tourists will be leaving Uganda on the weekend.

“We have been promoting Uganda in Israel. We have been going to the International Mediterranean Tourism Market for the second year now,” he said.
He said historically, many Israelis have an emotional attachment to Uganda.

“There are things which are emotional to them. The British government back in 1800 had wanted to give them [Israelis] land in Karamoja to create a sovereign country for them, then Governor Cohen who was a Jew also loved Uganda and some of his people settled here,” Asiimwe added.

“Then we have a Jewish community called the Bayudaya in Mbale. And then there was the 1976 Entebbe raid. So, there are all those factors. Then ofcourse, we are a good country to visit. It’s now winter in Israel, it is warm in Uganda. They are here to enjoy”.

He said that the visit is very good news for Uganda. For a country (Israel) with a per capita income of over USD 4o,000 and a GDP of USD 500bn, Asiimwe says the Israelis are rich people.

“They are travelers, many of them have been all over the world. Uganda is a new place and it is an appealing destination for them. They will love the people here, they will love the food. It was a very emotional experience when they arrived at the airport. I’m very certain they are going to enjoy,” he said.

He says the contingent will become the ambassadors to promote destination Uganda.

According to the UTB chief executive, majority of the Israelis who visit Kenya take interest in wildlife which implies that Uganda will become a preference since it has all that and more to offer. 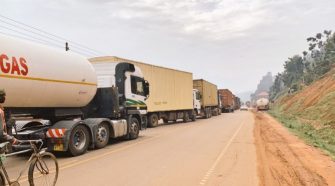