In a letter dated August 18, 2017 addressed to the Speaker of Parliament, Hon..Rebecca Kadaga, the president presented Justice Dollo’s name for consideration by the August house before being approved.

“In exercise of powers vested in Parliament according to article 142 (1) of the Constitution, I have, acting on advice of the Judicial Service Commission appointed him as Deputy Chief Justice, “said the letter in part.

The president also appointed Richard Butera and Paul Mugamba as Justices of the Supreme Court .

Justice Owiny Dollo is remembered for handling one of the biggest cases in the history of Uganda involving the Lugogo 2010 twin bombers.

He would later after a period of 5 years of the tragic incident hand 5 people a life imprisonment sentence whereas 2 others were each jailed for 50 years for masterminding the deadly blasts at Lugogo.

Museveni Pays Tribute to Mkapa, Flags to Fly at Half – Mast for 3 days 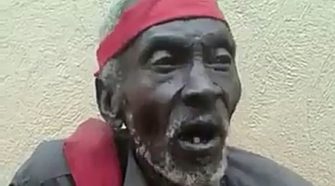