Police in Kamwenge district are searching for a Primary Five (P.5) pupil who disappeared on Monday this week.

The victim has been identified as Shafik Mutesasira, a 13-year-old, said to be a grand son to Hajji Abas Mutesasira, the LC III chairperson for Kamwenge sub-county in Kamwenge district.

According to Mutesasira, the grandson suddenly went missing from their home in Bukondedwa village on Monday.

He said that Shafik left other family members at home at around 11am to 12 noon going to the bathroom.

“Shafik had gone for a shower and we waited for him but the boy could not come back,” said the grandfather.

A case of missing person was filed at Police which prompted a search for the 13-year-old.

Birungi K. Christine Queen, an aunt to Shafik Muteesasira who works with Uganda Revenue Authority (URA) in Fort Portal also posted on her Facebook page on Tuesday about the boy. She asked anyone who comes across Shafik to either inform Police, media houses or call on Tel. 0772358988.

This comes at a time when cases of kidnappings have again become prominent especially in the Central part of Uganda. 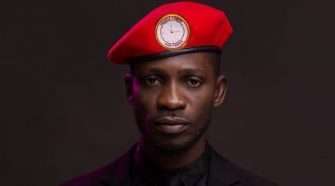