A legislator of the Pan African Parliament has moved a motion seeking that the institution commends Uganda which is currently hosting the biggest refugee population in Africa, for its progressive policy on refugees.

The motion was moved Wednesday by Gambian Legislator, Alhagie Mbow seconded by Zimbabwean representative, Dr. Tapiwa Mashakada during the third session of the fifth Parliament sitting in Midrand in South Africa.

Mbow noted that Uganda should be commended for hosting the largest number of refugees in Africa and second in the world.

According to the early 2018 report of the United Nations High Commissioner for Refugees (UNHCR), there are about 68.5 million forcibly displaced people worldwide including 40 million who are internally displaced.

“Uganda is the second largest refugee-hosting country in the world and the largest in Africa with over one million refugees, most of them from South Sudan, the Democratic Republic of Congo (DRC) and Somalia,” Mbow said.

The legislator said it should be noted that the refugee population in Uganda has been growing since 2013 and currently about 200 asylum seekers arrive daily in the country.

He commended Uganda for its continued responsibility of facilitating refugees with basic needs including provision of land for shelter, farming thereby empowering them to become economically self-reliant.

“It should be recognized that Uganda’s refugee policy guarantees freedom of movement and the right to employment, education and health as well as the right to start a business,” Mbow noted.

He added that through such a policy, some refugees have established businesses and employed nationals while others are boosting food production through agricultural activities, with others working as professionals.

Mbow thus sought that the PanAfrican Parliament resolves to applaud Uganda and appreciate her for having one of the best policies for handling refugees and effective implementation of the policies.

The legislator further prayed that the Pan African Parliament resolves that other countries replicate Uganda’s progressive model on refugee.

In his ruling, the Pan African Parliament President, Roger Nkodo Dang pushed the motion to the next sitting in May 2020. 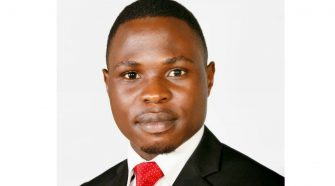