Parliament has once again deferred approval of new 15 cities for failure to have the necessary quorum to vote on the matter.

The Minister of Local Government Tom Butime presented to Parliament a list of new 15 cities that government had resolved to create and a successful debate on the motion was carried pending a vote on the matter.

The house couldn’t go ahead to vote on the matter since the required quorum of simple majority of 223 members was lacking.

The matter was deferred to this week and on calling the item as listed on the order paper, the Deputy Speaker, Jacob Oulanyah who was presiding over the house noted that Parliament was not well constituted to handle the matter.

“The item requires a particular class of decision, under Article 179 which manadtes that we should take the decision by a specific kind of a vote. Looking at the number that we have now, we will not be able to take that decision, in the circumstances even if I suspend the house, we may instead loose more members going by the experience of last Thursday,” Oulanyah said.

Oulanyah thus ruled that the matter be deferred to next week so that members can do the proper mobilization for more members.

Oulanyah noted that some of the reasons as to why members are not in the house is the ongoing East African Community (EAC) Inter-parliamentary games that are being hosted in the country.

The cities that are set to be created will come into effect in a phased manner starting July 1 next year.

Other proposed cities include; Wakiso, Moroto, Soroti, Kabale and Nakasongola. 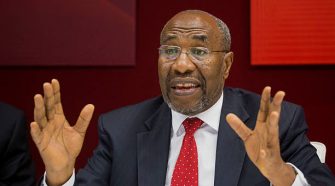