The Parliament Appointments Committee chaired by the Speaker, Rebecca Kadaga has approved the appointed of Michael Atingi-Ego as Bank of Uganda (BOU) Deputy Governor.

However, in unprecedented manner, the session was held via tele-conferencing because Atingi-Ego is currently trapped in the U.S. following travel restrictions occasioned the coronavirus pandemic.

Sources in the closed committee indicate that Atingi-Ego is in Washington DC attending to the International Monetary Fund (IMF) duties.

Atingi-Ego was nominated by President Yoweri Museveni to replace Dr. Louis Kasekende whose contract ended in January 2020 and was never renewed.

Dr. Atingi-Ego has been serving as the Executive Director of Macroeconomic and Financial Management Institute of Eastern and Southern Africa (MEFMI) since 2018.

He previously served as the Executive Director Research before he took up an assignment with the International Monetary Fund (IMF) as Deputy Director of African Department (AFR) in 2008.

High Court Judge, Jane Frances Abodo, who was recently named as the Director of Public Prosecution replacing Mike Chibita is also expected to appear before the Committee for vetting. 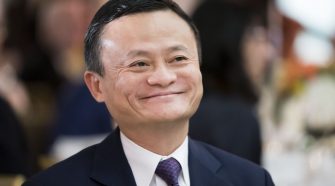