Parliament has Wednesday allowed government to write off all unpaid tax arrears (by government) amounting to over Shs 426 billion while passing the 2019/2020 tax policy measures.

The tax policy measures were among the policies tabled before the Parliament by the Minister of State for Finance, David Bahati in the Bill seeking to amend the Tax Procedures Code Act, 20l4.

The decision by Parliament followed several debates in the House since last week when legislators raised a number of reservations over the decision.

Bahati told legislators that the unpaid taxes amounting to Shs 426bn arose as a result of government’s obligation to pay taxes on donor-funded projects that require counterpart funding from government.

The Minister said his decision follows the fact that the same request had been made during the budgeting process last year but MPs had rejected it and had also declined to appropriate funds for the tax arrears.

He stated that the most logical option was to write off the tax arrears.

“We came to the House, we requested for funds, the House had their own way of looking at things and we were not able to get resources to pay off the arrears. So, what we are doing this financial year is to ask for exemption to write them off so that they don’t continue to appear on the books of account for URA and for government”.

“And we hope this is the best way to solve the matter since we don’t have the resources to pay off,” Bahati told legislators earlier.

During the debates, MPs requested that the Ministers tables a list of companies whose tax arrears would be written off.

On doing so, the Minister was Tuesday asked to delete some of the companies off the list if the request was to be granted citing a number of reservations.

Some of the companies that MPs wanted to be struck off the list included Steel and Tubes as well as Cipla Quality Chemical Industries Limited.

However, on Wednesday when the question was put across to pass the tax, MPs voted to have the arrears written off. 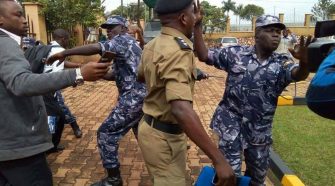