The chairperson of Legal and  Parliamentary Affairs Committee, Jacob Oboth Oboth has noted that government delays have stalled the committee work in relation to the land amendment bill 2017.

Oboth made the claims while addressing journalists at Parliament on Thursday, after the Minister of Lands, Betty Amongi and that of Constitution Affairs failing to report back to the committee after an adjournment of two weeks.

The adjournment was upon request by the Ministers to be allowed more time to consult with other cabinet members.

Oboth said that the delay has stalled committee work despite having given the bill top priority yet we have limited time of only 45 days.

“We has received a lot of requests from different members of the public wishing to present before the committee over the bill which we can’t entertain before the official position from government,” Oboth said.

NRM legislators on Wednesday met with President Museveni over irregularities in the bill and resolved to set up a committee of 10 people that will report back to the caucus within two weeks.

It is expected that the Ministers will use the findings and the report of the party caucus to better explain the relevance of the bill to the Parliamentary Committee.

“The two weeks that we allowed the Ministers have gone, we have written a letter to the Minister of Justice reminding him that we have run out of time and needed an update from them,” Oboth said.

“The committee is experiencing a stalemate, we have received a lot requests from different concerned groups but we can’t proceed with them without establishing a clear government position,” Oboth added.

He observed, however, that Parliament can’t be in rush to process a bill that has come from government.

He observed that once the 45 days end without having finalized with the report, the committee will report to Parliament about the status as well as government, and Parliament will decide on whether to give them (the committee) more time. 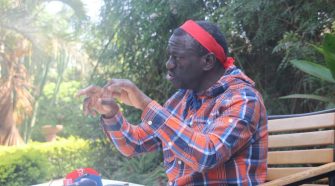 Besigye Says Govt Behind the Grenade Attacks on Opposition MPs