Lawmakers on the Parliamentary Committee of Defence and Internal Affairs have sent away officials of the National Identification and Registration Authority (NIRA) led by their Board Chairperson, Prof. Peter Kasene for disrespecting the committee and presenting dubious and incomplete documents.

The defence committee chaired by Mityana district woman MP, Judith Nabakooba had invited NIRA officials and Board on Tuesday to present documents related to the Authority’ strategic plan, asset register and procurement plan. But to the committee’s dismay, the officials had not prepared a comprehensive report on the issues raised which prompted them to send the officials away.

Earlier, the committee chairperson had said that some NIRA officials have often accused the committee of soliciting bribes from them in the course of executing their (committee members) oversight role.

“Whenever we are hard on them, when they go in corridors, you pick information that they say we are hard on them because we want money. Let them do their professional work, we can’t cover their dirt and we don’t need their money, we are paid to do this work,” Nabakooba commented.

“I told them I can not be taken for granted because I have never done it and i dont intend to do it. I can’t cover up for NIRA,” she added.

Members also faulted the officials for tabling fake documents before the committee yet the committee is supposed to use them to oversee the sector and recommending to Parliament their budget for the financial year 2018/19 for approval.

The committee noted that the Board minutes requested for and tabled before MPs were signed by an unknown person.

“There are minutes I asked for and am seeing somebody signed on behalf of the Board and their name does not appear. Let the Board secretary respect the committee and sign. I have seen a lot of anomalies, are you giving us fake documents?” asked the Defence Committee chairperson.

“Better take us serious, when we ask for information. We are trying to put things right because we are supposed to defend your budget,” Nabakooba said.

MPs accused NIRA officials for undermining other government agencies which it should have worked with to give better service to the public.

The NIRA Board chairperson, Prof. Kasene apologized for the mistakes and promised to improve on their report to the committee. He refuted the claim that they are trying to undermine other government agencies. 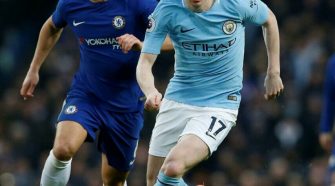 “Beating United To Win EPL Will Be Historic” – De Bruyne