The Communication and Public Affairs Department (CPA) of Parliament has come out to restore order and streamline media engagements with lawmakers at Parliament.

This move comes after several legislators have used their prerogative to call for press conferences at their convenient time without the knowledge of CPA which sometimes has clashed with other businesses in the House.

On Tuesday, MPs sitting on Uganda Parliamentary Forum on Media were slated to address a press conference at Members’ Lounge in Parliament on the continuous molestation and harassment of journalists but this was reportedly halted by CPA.

By 10am, the MPs led by Paul Amoru (Chairperson) and other members; Francis Mwijukye and Kato Lubwama were ready to address the media but they were advised by CPA’s Principal Information Officer, Moses Bwalatum that there was no need for them to mobilize journalists to cover their press conferences without informing CPA whose mandate among others includes the same.

The meeting that was slated for 10am was later on called off with some MPs of the Forum saying “the meeting has been called off after orders from above.”

In a private press conference conducted in his office, MP Amoru, who is also the Vice Chairperson of the committee on ICT however denied that CPA blocked their press conference, but admitted that they called it off themselves for not coordinating with CPA.

“Parliament is an institution and whereas each member has a right to call for a media meeting, we have noticed that we have at times been doing so without coordinating with the media department at Parliament,” Amoru said.

“Most times we just wake up and call for a press conference and this makes it difficult to coordinate by allocation of room to avoid clashes. Whereas this is no official communication from CPA about our press conference being blocked, I met with Moses [Bwalatum] who said there was no need for us to invite media, but rather we should simply brief CPA who will on our behalf invite media to cover our meeting,” Amoru said.

“On that premise, we agreed to respect institutions and call off the meeting. I am the Chairperson of the forum, I don’t know anyone who has blocked the meeting but I am aware of concerns [from CPA] to have such meetings coordinated,” he added refuting reports that their meeting was blocked.

In an interview, the Director CPA, Chris Obore, said that whereas he is not aware of the MPs’ blocked press conference, there is need to respect institutions for effective service delivery.

“My personal view is that press conferences in Parliament must be coordinated but most times, we as a department in charge of communication are not even informed,” Obore said.

“It shows less respect for an institutional approach to public affairs yet we all talk about collapse of institutions. Who will build them if we don’t want to work in a structured manner?”

He added, “Sometimes even the Speaker or Clerk is not aware of the press conferences yet some of the issues in these conferences have a bearing on Parliament image.” 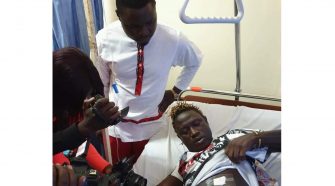