Parliament has given the Ministry of Education and Sports up to Thursday this week to pronounce itself on the fate of Primary Seven (P7) pupils that have missed their 2018 Primary Leaving Examinations (PLE) due to misappropriation of funds by their head teachers.

A number of pupils have been reported in the media as having missed their end of Primary level exams which began yesterday, Monday and ended today.

At least 20 Primary Seven pupils of Bahrain Nursery and Primary School at Buseyi Village, in Iganga District did not to write their exams after their head teachers failed to register them.

Parliament’s decision was made by the Deputy Speaker, Jacob Oulanyah following a matter of national importance raised by Bunyole West MP, James Waluswaka.

Waluswaka sought for government intervention to find ways of immediately addressing the matter.

“I request government to allow these pupils sit exams and not miss a whole year. The culpable teachers should also be brought to book,” Waluswaka said.

However, the Minister of State for Education, Rosemary Sseninde regretted that the Ministry can not do much, adding that government has put all possible measures in place to ensure that such misfortunes don’t happen.

“This is so unfortunate that it has been known at the last time. The Ministry has in pursuit of avoiding this put in place measures which among others include an SMS line where parents can check whether their pupils are registered or not,” Sseninde said.

She said that in cases where the pupils have already missed their papers, the Ministry can not help in any way.

“We need to get back to the Ministry. It is difficult to commit the Ministry right now. Many of these children came to school and they thought they would sit and found they hadn’t been registered,” Sseninde said.

However, Oulanyah cut Sseninde short demanding for a timely solution and also asked that she updates Parliament on Thursday on what the Ministry has done regarding this matter. 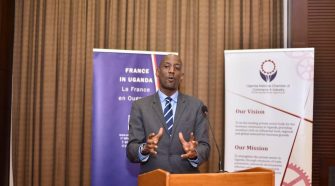