As the country prepares to join the rest of the world to mark the International Day of Persons with Disabilities, legislators have poked holes in the Disability Special Grant of government whose impact they say has not been felt across the country.

The Minister of State for Gender and Culture, Peace Mutuuzo was tasked to explain where the said program has bee implemented so far.

The Minister had appeared before Parliament to present a statement on the commemoration of the International Day for Persons with Disabilities.

The Minister said the day provides a platform for government and its stakeholders to take stock of the achievements made in serving Persons With Disabilities (PWDs), identify the challenges encountered and come up with resolutions on how to serve them better.

The theme for this year is ‘Promoting Disability Inclusive Programming for an Accessible Future’.

“This theme means that there should be disability mainstreaming in all programs to ensure that everybody has the same opportunities to participate in every aspect of life to the best of their abilities and desire,” Mutuuzo said.

The second deputy Prime Minister, Gen. Moses Ali is expected to be the chief guest at the function. He will use the event to launch the guidelines on the Special Grant for persons with disabilities.

The Special Grant Programme for Persons with Disabilities is an initiative by government to address the livelihoods of PWDs and income by providing an opportunity to enhance financial inclusion, promote entrepreneurship and effective participation in economic development of the country.

However, legislators noted that ever since the Fund was passed, its impact has not been seen by the-would be beneficiaries.

The Kanugu Woman Member of Parliament, Elizabeth Karunji said that even though she has been hearing about the Fund, she is yet to see its benefits to PWDs in her constituency. She asked to know which districts are benefitting from this initiative.

The Kyotera Woman Member of Parliament, Robinah Sentongo too noted that she has not seen the program being implemented anywhere yet the PWDs are not allowed to benefit from Operation Wealth Creation claiming that they benefit from the said Fund.

“This Fund, I have never seen it not even at the council. And unfortunately, these people (PWDs) don’t benefit from the Operation Wealth Creation, the Minister should come out clean on which districts are supposed to receive the fund and how much must be shared,” Sentongo demanded. 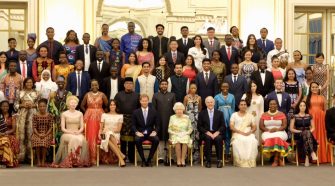