Parliament has directed the Ministry of Health to present a statement on Uganda’s preparedness to prevent Ugandans from catching the Coronavirus which has so far claimed over 100 lives in China.

The directive followed a matter of National Importance raised by Bubulo county Member of Parliament (MP) Apollo Masika who noted that government should take precaution about the prevailing coronavirus in China given the trading relationship between the two countries have.

Masika said that Chinese have a strong relationship with Ugandans in terms of business relations, investment and tourists which puts Ugandans at high risk of contracting the virus. He said the movement of people from both Uganda and China puts the if no control measures are put in place.

The coronavirus outbreak that began in the central Chinese city of Wuhan has killed 106 people in China and infected more than 4,520 globally, most of them in China. The virus has caused alarm because it is still too early to know how dangerous it is and how easily it spreads between people.

Given the seriousness of the disease, Masika suggests that the people coming from China through any entry point be issued with certificates that show they are free from the virus.

“Supposing government through the Ministry of Health doesn’t take much alert on this, and if the virus comes in with the Chinese investors or tourists, the situation would be so alarming; in this small space of time, China has already lost over 180bn USD and business has been interrupted; we should put stringent measures on our boarders to make sure that no one enters the country with the virus,” Masiko said.

The Deputy Speaker Jacob Oulanya noted that the matter needs to be handled with the seriousness it deserves and asked government to update the country by Wednesday on the safety measures they have put in place to control the disease from entering the country.

“This is a serious matter and the Minister responsible for the sector should have informed the country about the problem and how they are dealing with it so that we feel the protection of the State and feel comfortable,” Oulanyah said.

The Acting Leader of Government Business, David Bahati said that government is already taking up measures against the virus but these would be revealed by the Minister of Health on Wednesday.

“The Minister of Health will brief us tomorrow but we are taking precautionary measures and she will be able to brief the country latest tomorrow through the representatives of the people in Parliament,” Bahati said. 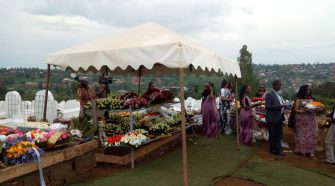