Parliament has given MPs up to May 27 to return or account for the Shs 20 million wired to their individual bank accounts off the budget meant for Uganda’s national response to Covid-19.

In a May 12, 2020, the Clerk to Parliament Jane Kibirige informed the MPs that the Parliamentary Commission on May 11 resolved that MPs who spent the money by May 5, should submit accountability to the clerk to Parliament.

For the MPs that haven’t yet used the money, the Commission decided that they pay the money to the district task force through the Chief Administrative Officer (CAO), while MPs representing special interest groups should take the money to the national task-force.

All legislators are expected to submit accountability for the money, not later than May 27.

The decision followed a strongly worded letter by President Yoweri Museveni to the Speaker of Parliament Rebecca Kadaga, accusing Parliament of undermining Government  by diverting Shs 10 billion from the supplementary budget which was initially meant for the key sectors in the COVID-19 fight.

The president called for a thorough audit of the process, except for those who have handed the money to the district task force or returned it.

The parliament found its self in a nationwide criticism as several Ugandans questioned their role in the ongoing COVID-19 fight, and why they needed the Shs 10 billion. 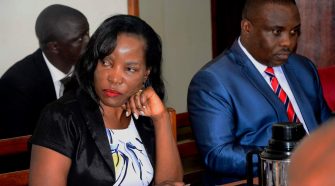