Parliament on Tuesday passed a resolution to appreciate President Yoweri Kaguta Museveni for showcasing exemplary leadership during the fight against the COVID-19 pandemic in the country.

This was in a motion moved by Kole North MP, Bonny Okello and seconded by all the divergent views in the House including; FDC’s Simon Oyet and the Independent, West Budama South MP, Jacob Oboth.

While moving the motion, Okello said that despite the devastating effects of COVID-19 on some countries such as the United States, Italy, Spain and United Kingdom, Uganda has managed, with decisive leadership to limit the impact as illustrated by the fact that Uganda has only 126 confirmed cases of which 55 have so far recovered and the country has registered no death.

Okello attributed the success so far registered on the Presidents decisive leadership in guiding the country with measures like closing churches, schools, borders and also establishing COVID-19 response structures which have helped in the timely detection, tracking and testing of suspected cases.

“The President’s exemplary leadership has seen Uganda become a beacon of hope in the fight against Covid-19 and other deadly pandemics which has mitigated the social and economic effects of the virus on Uganda compared to other countries which have all reported far worse Covid-l9 statistics, Okello said.

He added that whereas the Covid-19 pandemic has overwhelmed countries with more robust health systems and structures, Uganda has managed to mitigate its impact owing to the exemplary leadership of the President.

The National Woman MP Representing PWDs, Grace Hellen Asamo appreciated President Museveni for constantly consulting with religious leaders in the country before he could take any drastic measure that would affect them and the people they lead.

West Budama South MP, Jacob Oboth noted that it’s always a good practice to commend people while they are still alive adding that the President is an insightful leader who should be appreciated while he is still alive.

However, Arua Municipality MP, Kasiano Wadri noted that the motion is not timely since the country is still battling with the pandemic. He also added that there are many other people that have done a tremendous work in this fight who also need to be appreciated other than only the President. 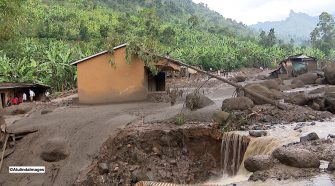