The Director for Communications and Public Affairs at Parliament, Chris Obore will have to stay longer on forced leave after the Parliamentary Commission further extended his leave.

In September last year, Jane Kibirige, the Clerk to Parliament wrote to Obore notifying him that “I have been directed to inform you to take your accumulated leave with immediate effect.”

Kibirige is said to have then directed Obore that even when the 140 days of his accumulated leave elapse, he was only return to the office if he is called back by Parliament.

However, in another letter to Obore dated February 5, 2020 seen by this news website, Kibirige has asked him to stay on his leave further and maintained that Waiswa continues managing the affairs of the department of communication and public affairs.

“All these matters were discussed in the meeting of the Parliamentary Commission held on 17th January, 2020,” reads the letter in parts.

“While awaiting to be guided on the way forward by the Commission, I have been directed to instruct you to remain away from your duties on the same terms as earlier communicated to you in my letter of 18th September, 2019 until the Commission guides accordingly,” adds Kibirige.

A source which preferred anonymity has told SoftPower News that the extension has been effected on the instructions of the Speaker of Parliament Rebecca Kadaga who is allegedly convinced that Obore is loyal to her Deputy Jacob Oulanya yet she feels he owes her loyalty.

Obore’s troubles started in March 2019 when Kibirige notified him that the Inspectorate of Government had conducted investigations noting that his recruitment as the Director Communication and Public Affairs was founded on illegalities because it contravened the Parliamentary Service (Staff) Regulations, 2001.

However, Obore through his lawyers, Kampala Associated Advocates applied for an injunction restraining the Parliamentary Commission from implementing the clerk’s decision to terminate his employment until the matter is determined. Obore was recruited on August 19, 2015 by the Parliamentary Service. 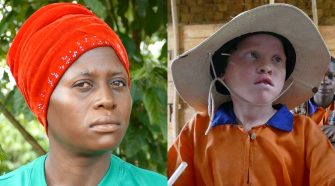 5 Years Later, Sophia Seeks Justice for Husband Who Died to Save Albino Daughter