Journalists under the Uganda Parliamentary Press Association (UPPA) have joined other media bodies and organizations in the country to condemn the uncalled for suspension and threats given against various media houses by the Uganda Communications Commission Executive Director Godfrey Mutabazi.

The UCC boss is accusing the media houses of having aired news about Kyadondo East MP Robert Kyagulanyi on April 29, 2019 2019 in a manner that was meant to mislead or create alarm to the public.

“First of all, by virtue of his professional background as an aeronautical engineer, Mutabazi has no professional capacity to regulate the media industry because he is an alien to that profession and that is why he is issuing draconian directives,” the UPPA President, Moses Mulondo said while addressing journalists at Parliament.

“He doesn’t understand the watchdog role of the media. He has no clue on the fact that journalists are the eyes and ears of the public,” said Mulondo.

Mulondo said that President Museveni should rethink Mutabazi’s appointment noting that it was a big mistake on his side to entrust Mutabazi with that responsibility.

“The earlier Mutabazi is relieved of his duties the better for the media industry. If the president doesn’t sack Mutabazi, it will mean he enjoys and sanctions Mutabazi’s actions,” Mulondo said.

Mulondo noted that regardless of political affiliations, every sane Ugandan must condemn Mutabazi’s actions.

“We call upon professional associations, Parliament, the civil society groups, development partners, religious leaders, and all Ugandans to condemn the open attack on the media for the good of the country.” 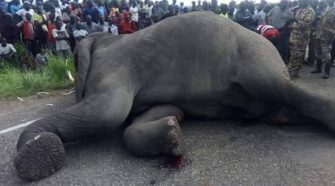