The Parliament of Uganda has observed a moment of silence in honour of Chairman of Uganda Human Rights Commission (UHRC), Med Kaggwa who died Wednesday morning.

While communicating to the House during plenary session, the Speaker of Parliament, Rebecca Kadaga said Parliament was shocked to learn of the untimely death of the UHRC boss who has been an officer of Parliament.

“We have learnt with deep sorrow about the death of the Chairman of the Uganda Human Rights Commission while he was driving to work this morning,” Kadaga said.

Kadaga paid tribute to the late Kaggwa as a distinguished person in the country who dedicated his life to serving Ugandans in different capacities.

“The late represented Kawempe South, he was also at EALA, he also served as a Minister for Presidency, he has been a big advocate on human rights and always delivered his reports on time as required by the statutory time,” Kadaga said.

Kaggwa has also been a special rapporteur for Prisons and conditions of Detention centres of the African Commission and was working in the African Court of Human and Peoples Rights as well as serving as OIC Independent commissioner.

“On my behalf and behalf of the commission, I convey our sincere condolence to the family of late Kaggwa, the Human Rights Commission, Human Rights Advocates of Uganda, friends both here and abroad,” Kadaga condoled.

The deceased will be buried at his ancestral home in Mpigi district. Other details of the burial arrangements shall be communicated in due course.

Kaggwa died at the age of 65. According to eye witnesses, he was driving himself in his official vehicle when the vehicle reportedly suddenly stopped around Mulago round-about and knocked another car.

According to Case Medical Centre where he was rushed for treatment, Kaggwa was found convulsing and unresponsive. 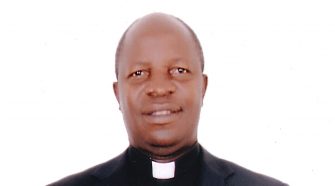