The Chairperson of the Committee of Legal and Parliamentary Affairs, Jacob Oboth Oboth has notified Parliament that the members are ready to table and process amendments so as to repeal the law criminalizing idle and disorderly from the county’s law books.

Oboth’s remarks followed a matter of national importance that was tabled by Kyaka South MP, Jackson Kafuuzi in line with President Yoweri Museveni’s directive stopping Police from arresting those said to be idle and disorderly.

In a letter written to Inspector General of Police (IGP), Martins Okoth Ochola, President Museveni directed that no person should be arrested for the offense of Idle and Disorderly. He further ordered that those already arrested for it be released immediately and prosecution discontinued.

Read More: Museveni Orders Police to Release All Those Detained for Being Idle and Disorderly

However, Kafuuzi noted that despite such a directive from the President, the law still remains on the statue books and people can still be arrested and charged.

“The magistrates are not going to cite the Presidents directive but rely on the evidence to either release or convict. If this law is irrelevant and so many other laws, but remain on the statute book, the Attorney General should be called upon to work with the Law Revision so that some of these laws that are no longer fitting in our times are repealed or amended accordingly,” Kafuuzi said.

Section 167 of the Penal Code Act criminalizes wandering persons, those gambling for cash or prostituting as being idle and disorderly and if convicted in court, they face a maximum seven years imprisonment while other aspects of the offence attract three months in jail or Shs 3,000 fine or both.

Commenting on the issue at hand, the committee chairperson, Jacob Oboth noted that as a committee, when they first heard of the directive by the President, they tasked themselves to table amendments to have the law repealed.

“Probably you could guide further, if the Attorney General does not come up with this amendment, we shall come and seek leave as a committee to process that amendment. I have already tasked some members of the committee headed by Hon. Asuman Basalirwa so that they start a process to have the law repealed,” Oboth said.

While giving her ruling, the Speaker of Parliament, Rebecca Kadaga noted that the committee should not wait for the Attorney General but move fast to have the law repealed.

“Since you have started on it, move on with your motion. I am sure this is one bill which will have no financial implication, just deleting part of the law. There are others laws that need to be repealed which should also be worked on,” Kadaga ruled. 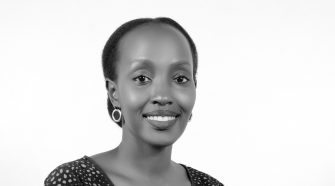