Parliament has tasked government through the Minister of Finance, Planning and Economic Development to expedite the gazetting and implementation of the Excise Duty Amendment Act that which revised the levy on mobile money transactions from 1% to 0.5%.

Early this month, President Yoweri Museveni assented to the Bill that was passed by Parliament in October despite resistance from Opposition MPs and a section of NRM legislators. A total of 164 MPs voted by roll-call and tally to support the tax while 124 voted against the controversial tax.

The call by Parliament was made following a matter of national importance raised by Nakaseke South MP, Paulsen Lutamaguzi who wondered why the telecom companies are still charging a tax of 1% despite the fact that President Museveni assented to the Bill.

“As we speak, most of the people who are in the mobile money business have closed their businesses and we are wondering if it is government’s intention to fail its own people or it is by accident. Why is government taking time to gazette that law?” the vocal legislator wondered.

This prompted the Speaker of Parliament, Rebecca Kadaga to order the Minister of Finance to come up with the arrangements to have the new Act gazetted with immediate effect for the benefit of Ugandans.

Last week, the State Minister for Finance, David Bahati confirmed that President Museveni had assented to the Bill but acknowledged that telecom companies were still charging 1% on withdrawals.

He informed the House that telecom companies can only reduce the charges from 1% to 0.5% on withdrawals, if the Act is gazetted in the Uganda Gazette. 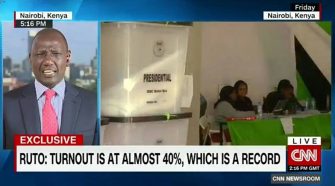