Parliament of Uganda has paid tribute to the Kenyan nationals who lost their lives during the deadly terror attack in Nairobi on Tuesday by the Islamic militants group the Al-Shabaab.

A total of 14 people are confirmed to have been killed when gunmen attacked Dusit hotel along Riverside drive in Nairobi. Authorities rescued over 700 people while the assailants were all neutralized.

During her communication to Parliamet on Wednesday, Speaker Rebecca Kadaga described the attack on innocent people at the Dusit Hotel as sad.

“I wish on behalf of Parliament to extend our sincere condolences to the government of Kenya, the Parliament, the Senate, the people upon the loss of their dear ones and we pray that the injured can quickly recover,” Kadaga said.

Kadaga asked the House to observe a moment of silence for the deceased.

She however cautioned members of the general public to be on alert and watchful of any suspicious attack from the terrorists.

“As you know, the Al-Shabaab terrorists are interested in perpetrating terror in this region of East Africa and beyond. I am aware that our armed forces are alert and doing their best to secure the citizens and their property,” Kadaga said.

The Speaker added that the remaining aspect in ensuring security is that the public in Uganda need to be alert to any suspicious conduct, items and anything that may disturb the peace of this country.

Kadaga as well called upon fellow legislators to sensitize their constituents to be more alert of what is happening and report any suspicion to the relevant authorities.

“I also invite the Inspector General of Police to enhance community participation in the maintenance of peace in all areas of Uganda; if we are vigilant and working together, terrorism can be defeated.” 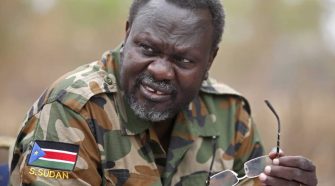