Parliament has Wednesday passed a motion approving the contract of Kisaka and Company Certified Accountants to audit the Office of the Auditor General from 2017 to date.

This followed a motion moved by the Kakumiro District Woman MP, Robinah Nabbanja which was seconded by Usuk County MP, Peter Ogwanga.

M/s Kisaka and Company Certified Public Accountants will be tasked to audit the accounts of the Office of the Auditor General for the period running from financial years 2017/2018, 2018/2019 and 2019/2020.

While moving the motion, Nabbanja said that the Parliament Commission used the international open bidding method to select the auditor in accordance with the PPDA Act.

Parliament is mandated by Article 163 (9) of the Constitution and Section 36 of the National Audit Act, 2008, to appoint an auditor to audit the accounts of the Office of the Auditor General.

“Kisaka emerged the best evaluated bidder to provide the audit services and will thus audit the Office of the Auditor General for a period of the financial year 2017/18, 2018/2019 and 2019/2020,” Nabanja noted.

However, before the motion was adopted, Budadiri West MP, Nathan Nandala raised fears that Kisaka and Co. Certified Public Accounts could be one of the private companies that has been contracted by the Auditor General to carry on previous audits into other entities which might raise a conflict of interest.

In his ruling, the Deputy Speaker of Parliament, Jacob Oulanyah said the approval implies that the contractor, if shortlisted by the Office of the Auditor General, will have to be dropped from his list. 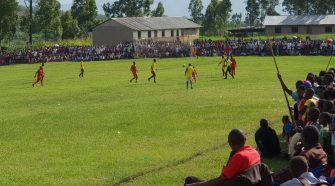