Journalists covering Parliament under their umbrella body the Uganda Parliamentary Press Association (UPPA) have condemned the continued brutality and assault against journalists, asking News Editors to abide by the call by the journalists’ Association to boycott coverage of activities involving Police.

It follows the maltreatment that a number of journalists suffered at the hands of security agencies while they covered the students’ strike at Makerere University.

Several journalists including Alex Esagala of Daily Monitor, Geoffrey Twesigye of NTV Uganda and Lawrence Kitata of Vision Group were hit with teargas canisters and assaulted by security officers.

Addressing the media at Parliament, the UPPA President, Moses Mulondo said that this is not the first time journalists are being clobbered by security operatives.

“We all remember a video that went viral when UPDF soldiers were mercilessly battering a Reuters’ journalist, James Akena last year in August. The soldiers crippled Akena and he is now in a wheelchair. Former WBS journalist Adrew Lwanga was severely battered by the then Old Kampala District Commander Joram Mwesigye and his spine got injured,” Mulondo said.

Mulondo said that in the recent past, journalists have been kidnapped by security officers from their workplaces and their whereabouts remaining unknown for long period of time.

“We would like to remind Ugandans that for many years according to reports released by the Uganda Human Rights Commission (UHRC), Uganda Peoples Defence Forces have continued to be the leading violators of rights of Ugandans including the rights of Journalists.

Despite such reports, no serious measures have been undertaken by government to stop the atrocities which greatly damage the image of our country,” Mulondo said.

Mulondo has however implored the Parliament to constitute a special committee to investigate acts of violation of the rights of Ugandans by security forces and accordingly recommend remedies.

He also called upon the media managers and editors to always give prominence to stories of security officers violating the rights of journalists and other Ugandans.

“We would also like to implore media managers and editors to support the Uganda Journalists Association (UJA) proposed media boycott on activities of security forces until there is commitment to end the harassment of journalists and interference with the noble journalism work,” Mulondo said.

On Thursday, UJA announced a boycott of all Police activities over brutality meted out to them while covering protests by Makerere University students over tuition increment.

“We should not continue giving them publicity when at the same time they are at the helm of brutalizing, beating, maiming and nearly killing members of the fourth estate,” UJA President, Kazibwe Bashir said.

“We are sending this message to managers of the different media organisations to be part of the struggle. It is a struggle geared towards protecting the rights of the media practitioners across the country,” he added.

Previously, the lack of consensus among news Editors and owners of news outlets has undermined the efforts by news reporters to follow through on such boycotts.

On the same note, UPPA member, Francis said that the Parliament reports will joining other journalists in the country to hold a peaceful procession to petition Police on Monday.

“We are in agreement with the boycott that was announced by UJA and we request our editors to support this move. We shall be petitioning Police in Naguru on Monday and shall as well demand for compensation to all journalists who were battered as well as recovering their properties,” Lubega demanded. 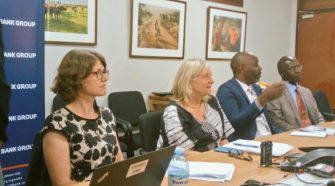