Parliament has tasked the Minister of Justice and Constitutional Affairs, Prof. Ephraim Kamuntu to ensure that President Yoweri Museveni reveals his take on the Electoral Reforms that were passed into law by Parliament in March 2020.

In July 2019, Government through the Attorney General (AG), William Byaruhanga tabled before Parliament the five electoral reforms in response to recommendations made by the Supreme Court in the presidential election petition filed by former Prime Minister, Amama Mbabazi.

Despite Parliament passing these bills into law in March 2020, President Museveni has never assented to the bills which were made in light of the forthcoming 2021 general elections.

The Speaker’s call followed a matter of National Importance raised by Rubaga North MP, Moses Kasibante who wondered whether the gazetted electoral areas by EC recently would take effect in the upcoming general elections after several meetings with stakeholders for creation of new electoral areas.

Kasibante noted that the National Council for Higher Education has put out a call for people to verify their academic documents yet some electoral areas and positions have not yet been gazetted after being promised to the electorates.

“Last year, the EC engaged stakeholders in Kampala and it claimed it was creating elective areas some of which would have representatives to KCCA and other lower councils around the city. The anxiety that was since created within our communities was left hanging yet we are in campaign periods,” Kasibante said.

Makindye West MP, Allan Ssewanyana noted that when Parliament passed the Local Government Amendment Bill, it provided for academic qualification for some elective positions but EC is silent on whether these amendments will be captured during nomination.

In his response, Kamuntu said that all the said bills have since been sent to the President and are yet to be assented to. He added that once they are assented to, he will be in position to offer a clear response on the matter at hand.

Ruling on the matter, the Speaker of Parliament, Rebecca Kadaga tasked Minister Kamuntu to make sure that the President pronounces himself on the bills before him since the electoral roadmap is out and there needs to be certainty. 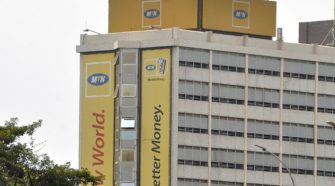