Parliament has rejected the new appointments of both the Parliament Commissioner and Pan African Parliament (PAP) that were recently made by the President of Forum for Democratic Change (FDC), Patrick Amuriat Oboi.

According to the FDC party, the appointments were to take immediate effect but when they were read to the House last week, the Deputy Speaker, Jacob Oulanyah promised that guidance would be given by the Speaker after legal interpretation on when the appointments will take effect.

Addressing the House on Tuesday afternoon, Speaker, Rebecca Kadaga noted that the changes can not be effected since the positions are capped with term limits.

Kadaga said the two appointments by Amuriat did not meet the rules of Procedure.

The composition of the Parliamentary Commission is provided for in Section (2) of the Administration of Parliament which requires that the MPs on this Commission serve for a period of 2 and a half years.

Kadaga said that in such a situation, the appointment of Mwijukye can not be effected since Hon. Cecilia Ogwal has not served her two and half years in office.

The Speaker also guided that MP William Nzoghu can not take on his new position since the five-year term of the current representative has not elapsed as provided in the rules.

“The term of Members of the Pan African Parliament is prescribed in Article 5 of the Protocol and Rule 4 of the rules of procedure which provides that the term runs concurrently with the term of Parliament and in this case, five years,” the Speaker said. 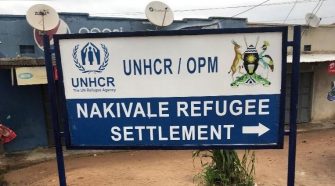