The Parliament Appointments Committee chaired by the Speaker Rebecca Kadaga has rejected the reappointment of the Commissioner General of Uganda Prisons Services (UPS), Dr. Johnson Byabashaija for another term of office.

According to sources that attended the closed door meeting, Byabashaija’s appointment for another term was rejected on the account of his age.

Byabashaija is currently 62 years yet according to the Public service the age limit for the public servant to be recruited for such a position should be 60 years.

Meanwhile, his Deputy James Mwanje was as well rejected having clocked 62 years as well.

The Leadership code Tribunal Chairperson designate, Irene Segawa Karugonjo was also rejected on grounds that she didn’t have the required qualifications since she is neither a judge or an advocate of the high court.

On the same note, Justice Jane Abodo was approved as the Director of Public Prosecution (DPP) replacing Mike Chibita. 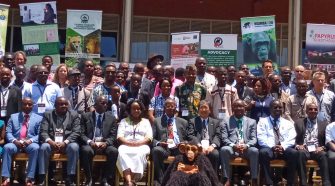