Legislators of the 10th Parliament have been summoned to report back to the House for normal business after a two weeks adjournment.

The House was adjourned on December 20 after passing of the Constitution Amendment Bill (No. 2), 2017 which among others lifted the Presidential age limit.

The Director of Communications at Parliament, Chris Obore said that the Clerk to Parliament has communicated to the legislators to report back for business next week on January 9.

Obore could not elaborate on the key business to start with as the year begins.

He said that they are mainly looking at processing the budget for the financial year 2018/19.

“The Order Paper is always produced after a meeting of the Business Committee. We should wait for the Order Paper but it keeps changing so it does not help saying what will be discussed,” Obore said.

“But we are supposed to be doing budget remembering that we are in the budget cycle and it is the duty of Parliament to appropriate the budget.”

SoftPower News also understands that the House will also debate the Biotechnology and Biosafety Bill which President Yoweri Museveni recently reverted back to MPs for review before he assents to it.

It remains to be seen whether upon resumption of plenary, the animosity created between the ruling party and opposition legislators also sucking in the Speaker, Rebecca Kadaga during the contentious Age Limit Bill debate will have eased. 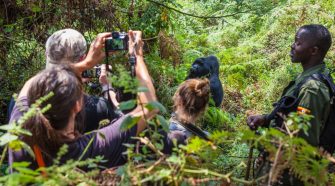