Speaker of Parliament, Rebecca Kadaga has Wednesday suspended the debate on the contentious taxes on Mobile Money and Social Media so as to make a ruling tomorrow.

Kadaga said she will tomorrow rule on whether they can move and suspend the said taxes or not.

This was after the Prime Minister, Dr Ruhakana Rugunda presented a statement to the House of the said taxes where he noted that government has heard the public concern and decided to review the Excise duty amendment Act, 2018.

Rugunda said that government is in final preparations of the amendments to the Act and will present the New Bill on Thursday next week.

He also said that government is reviewing the new mobile money tax taking into consideration its implications on the budget.

Since the Parliament passed the Excise Duty (Amendment) Act passed by parliament in May, it has met serious criticism from members of the public terming them as unfair. The amendments introduced taxe (Shs 200 daily) on access to social media and 1% on Mobile Money transactions.

A large section of Ugandans including politicians, traders and entertainers have since protested the taxes which they say have increased the already painful tax burden on citizens.

Following the backlash, President Museveni issued new directives asking for the taxes to be revised to; scrap the levy on Mobile Money personal deposits and reduce the money charged on other transactions to 0.5%. He explained that the implemented 1% mobile money tax had been a miscommunication.

The statement by the Prime Minister on Wednesday left several members not contented who rose on several questions.

Speaker Kadaga welcomed the move by government but asked the Prime Minister to explain to the House on what should be done in the meantime as the review is on.

In response, Rugunda said, “What is implemented is an Act of Parliament and that is why government is taking up measures to speed up the amendments.”

Kadaga insisted on the same issue noting that, “The Bill is the Bill of the House and will be subjected to the normal procedures of 45 days after being presented, this can’t be handled in one day.”

Rugunda maintained that, “The implementation is done according to the existing law.”

Jinja East MP, Paul Mwiru wondered whether government will revert the money that has so far been collected from Ugandans from the day of collection to when the President and the Minister of Finance come up with clarifications on the Mobile money tax.

MPs especially from the opposition called on the Speaker to order for the suspension of the taxes for the meantime as government brings amendments.

The Speaker thus ruled that she will have to cross check from the legal team and give her ruling tomorrow. 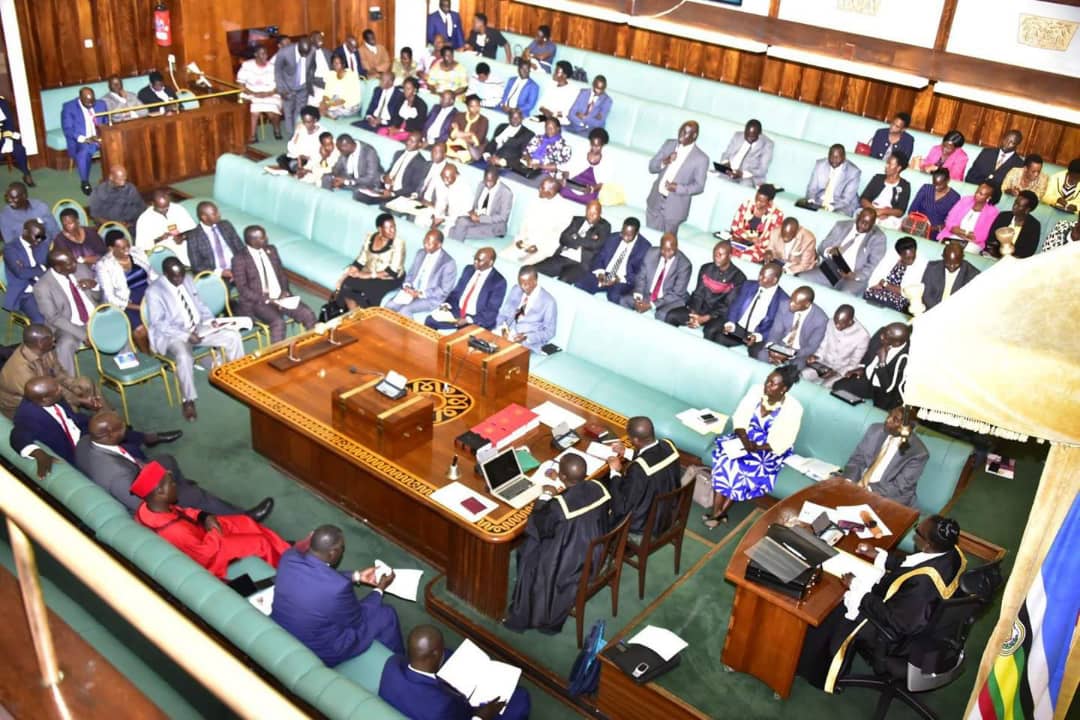