The Speaker of Parliament, Rebecca Kadaga has said that the Parliament Committee on Rules, Discipline and Privileges will inquire into the video clip circulating on social platforms in which Bugangaizi East MP, Onesmus Twinamatsiko is heard encouraging the battering of women by their spouses.

On Friday last week, a day after the International Women’s Day, NTV sought the views of MP Twinamatsiko on the statement by President Yoweri Museveni describing men who beat their wives as corwards and fools.

However, in his comments during the NTV interview, the Bugangaizi East legislator said it was right to beat women in order “to streamline them”.

“I think the President erred. As a man, you need to discipline your wife… Touch her a bit, tackle her and beat her to streamline her and to get her in line,” MP Onesmus Twinamasiko said.

“If you don’t beat her, she might think you don’t love her. Back in the days, beating your wife meant that you loved her and that you wanted her to become a better person,” he further.

He in fact blamed the deteriorating conduct of married women to the failure by their husbands to beat them.

“When you don’t beat your wife, she will end up misbehaving. Beat her a bit. Even the Bible gives man the responsibility to prevail over women, so we [men] we have the authority”.

This has since sparked outrage on social media with many condemning the demeaning statement of the MP and whether it was appropriate. Many opine that given his leadership position, endorsing domestic violence was a show of irresponsibility.

Others have asked that he retracts his statement.

Speaker Kadaga who is currently in New York attending the 62nd UN session on the Status of Women said the committee will give a report to the House.

Domestic violence is a big challenge in Uganda which has subjected women and some men to psychological torture and often times physical assault.

Cases of domestic violence especially targeting women have consistently risen in the last five years, according to statistics by Uganda Police.

Unfortunately, these statistics only capture the cases where women are brave or desperate enough to report to police. However, the prevalence of domestic violence is higher than this as several women silently continue to be victimized and battered by their partners, for fear of stigma. 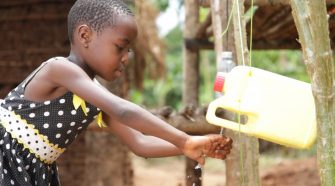 Govt Cautions on Household Hygiene Amid Cholera Outbreak in 5 Districts