The Bill seeking to amend the constitution to repeal the age limits for Presidential candidates has Wednesday been given a green light by Parliament to proceed to committee stage to be considered clause by clause.

This was after a majority of the Members of Parliament voted in favor of the Bill, passing the mandatory two thirds quorum.

Voting which commenced at 3pm on Wednesday afternoon after three days of lengthy debate saw a total of 317 MPs vote in favour of the removal of age limits. The process was presided over by the Speaker, Rebecca Kadaga.

A total of 97 members voted against the removal of age limits while 2 members abstained.

For the Bill to proceed to its final stage before it is passed into law, the law required that at least 290 MPs out of the total 434 MPs vote in its favor.

After Wednesday’s vote, the Bill will now be advanced to a Committee of Parliament to be considered clause by clause before a vote is taken at third reading for it to pass into law.

The Constitutional Amendment No. 2 Bill, 2017 was tabled by Igara West Member of Parliament Raphael Magyezi. It seeks to scrap the age limit for Presidential candidates from the constitution among other amendments.

The long awaited voting to remove age limits follows days of chaotic submissions in Parliament from both sides – for and against the Bill with the MPs on the opposition side faulting Speaker Kadaga for flouting rules of procedure and being partisan.

But supporters of the Bill said the opposition was stalling the process given their small numbers.

This could be considered one of the most divisive political debates Uganda has ever had, having touched on a critical Article of the constitution. It could only be likened to the decision by Parliament in 2005 to amend the constitution and remove the Presidential term limits.

The Age Limit Bill did not only rally all opposition parties against a Museveni life Presidency, but also divided the NRM ruling party with some opposed to the removal of age limits.

What began as mere speculation earlier this year and was later dismissed as “rumors” by President Yoweri Museveni, came to materialize in October when the majority of the NRM Parliamentary Caucus endorsed the Bill. They said it would address the discrimination against people below age 35 and above age 75.

On October 3, Igara West MP, Raphael Magyezi introduced the Bill to Parliament for the first reading in absence of many of the MPs on the opposition side.

As the law requires, the Speaker of Parliament, Kadaga then referred the Bill to the Legal and Parliamentary Affairs committee of Parliament for further scrutiny.

Parliament then facilitated all Members of Parliament to embark on extensive consultations of their respective constituents on the Bill before the final debate and voting on the amendment.

The opposition fronted claims of harassment by Police which they accused of denying them space to consult. Uganda Human Rights Commission at several occasions accused Police of being partisan and applying double standards during the consultations.

The most of dramatic events of the Age Limit controversy was perhaps the brawl that errupted in Parliament on September 27 after the Speaker suspended over 20 opposition MPs who had resisted the tabling of the Bill.

Unknown security operatives believed to have been Special Forces Command (SFC) then swang into the plenary chamber and assaulted MPs before forcefully dragging them out. 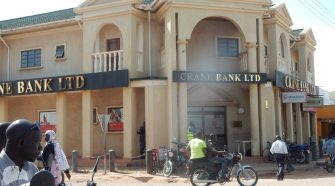