The Speaker of Parliament, Rebecca Kadaga has directed the Minister of State for Tourism Godfrey Kiwanda Suubi to report to the House in two weeks time explaining the role of Miss Uganda, Quiin Abenakyo in promoting the country’s tourism and whether there is a contract to ensure she is paid for her service.

Legislators were concerned that Abenakyo who was recently appointed as Uganda’s Tourism Goodwill Ambassador has no contractual relationship with the Ministry of Tourism and is thus being exploited for her service.

The concern was raised during the debate on a motion for a resolution of Parliament to pay tribute to Abenakyo presented by Ngora Woman MP, Amongin Jacquiline.

Speaking after several legislators supported the motion, the Minister appreciated the Speaker and the MPs for their support to the Ministry as well as the beauty queen. He said that as a Ministry, they have laid a number of programs where Abenakyo will help in marketing both domestic and international tourism.

“We are incorporating Quiin Abenakyo in almost all our international shows in different destinations as we market this destination,” Minister Kiwanda told the House.

In his submission, Bugabula South MP, Henry Maurice Kibalya questioned the Minister on whether there are plans to have Abenakyo offered a job within the Ministry and given monthly remuneration.

More clarity was sought by the former Miss Uganda and Dokolo Woman MP, Cecilia Ogwal tasking the Minister to explain whether there is any contract that has been signed with Abenakyo before parading her for the Ministerial tourism projects.

“From the list of things which the Minister has given us which the queen is expected to do, to me as a leader, it sounds exploitative. If you are to employ the Queen in the Ministry as a consultant to package and to market, she has to be on contract and I am going to make sure that you will not exploit the queen,” Ogwal said.

Ogwal noted that Abenakyo must market this country at a cost because a lot of money is already being spent on international PR firms and local celebrities.

In response, the Minister noted that, “I don’t believe in exploitation of the queen, she is holding the crown for 365 days and we must make sure that within this period, we work with her”

“You know the procedures of government with issues concerning employment”.

Kiwanda added that in Abenakyo’s duties, she will be fully facilitated by the Ministry of Tourism. However, concerning the issue of entering into a contract with the beauty queen, Kiwanda said that he was still making consultations with Attorney General and the Ministry of Public Service.

The Speaker observed that there is no political will to offer Abenakyo a better contract and thus directed Kiwanda to report back to the House within two weeks with a proper arrangement regarding her working arrangement with government.

“Quiin is now a national asset, so we direct the Minister of Public Service and the Minister of Tourism to make a proposal and bring it here on Tuesday the other week,” Kadaga ruled.

Concerns have previously been raised pertaining to the criteria used in picking tourism ambassadors by the Ministry of Tourism and Uganda Tourism Board (UTB) which is the government agency responsible for promoting Uganda’s tourism.

A few months ago, Minister Kiwanda annouced that it had chosen South African based Ugandan socialite, Zari Hassan to be a tourism ambassador under the ‘Tulambule’ domestic tourism campaign. According to Kiwanda, Zari who has a huge local and international following on social media was considered resourceful in selling Uganda’s tourism products.

When Quiin Abenakyo was recently unveiled as the Tourism Goodwill Ambassador, questions emerged among the public on where this left Zari who was doing a similar role.

Important to note is that Uganda has a designated Miss Tourism (Kankwanzi Margaret), a beauty queen whose role is to be the face of tourism. Just like Abenakyo, the working terms between the Ministry of Tourism and both Kankwanzi and Zari remain unclear. 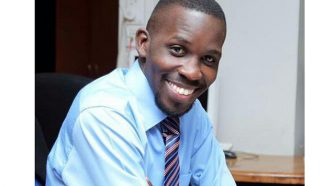