President Yoweri Museveni has criticized the approach employed by Parliament in its ongoing probe of the Central Bank saying it risks eroding public confidence in the regulator of the banking sector.

On November 1, Parliament through its Committee on Commissions, Statutory Authorities and State Enterprises (COSASE) started investigating Bank of Uganda over the manner in which it closed a total of seven defunct commercial banks.

The committee chaired by Bugweri County MP, Abdul Katuntu is investigating whether or not officials at the Central Bank followed the legal procedure in closing; Teefe Bank, International Credit Bank Ltd, Greenland Bank, The Co-operative Bank, National Bank of Commerce, Global Trust Bank as well as the sale of Crane Bank Ltd.

The probe follows an Auditor General’s report that was made public in August and queries on how the central bank handled the closure of the seven commercial banks and how bank of Uganda spent over 400 billion on the closure of Crane Bank and half of this money is yet to be recovered.

Since it commenced the investigation, the committee has noted irregularities and instances where officials at the Central Bank, including the former Executive Director for Bank Supervision, Justine Bagyenda flouted the legal procedure.

Bagyenda is also being investigated over an incident earlier this year where she with the help of her driver and bodyguard allegedly smuggled documents from the BOU headquarters. The two aides have since been arrested.

On Monday, President Museveni said the probe, which he admitted was necessary, ought to have been done in-camera, to minimize the damage.

He admitted personally having “problems” with Bank of Uganda and having summoned the officials over the same.

Museveni said the Central Bank “has done a good job” by controlling inflation over the years and that the few wrong elements who could have infiltrated it will be dealt with.

“We shall get the facts. There isn’t much to worry about. But the method should be to confidentiality, get the facts and then we act,” he said.

“Because somebody who may not know may get worried thinking there is a problem in Uganda yet in fact there is no unsolvable problem”.

Some experts in the financial sector have already expressed concern over the probe whose findings so far, could send shocks in the markets as well as the exchange rate.

They also fear that the negative impact could even be greater when the probe is narrowed down to last year’s closure of Crane Bank, which was the third largest commercial bank.

The Public Relations Association of Uganda (PRAU) last week held a PRAU Nite themed ‘Crisis Management in the Digital Era: A case of the Banking Sector.

During an interview with the media at the end of the panel discussion, PRAU President, Sarah Kagingo expressed concern saying if the probe and resultant crisis was not quickly managed, Uganda’s national interests would be jeopardised and the country risked capital flight.

She called on the public sector as well as all brands to ready themselves with crisis management plans as crises are always imminent. 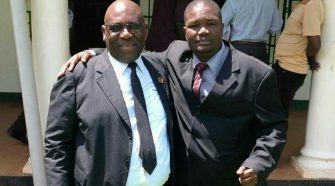