Deputy Speaker of Parliament, Jacob Oulanyah flagging off the charity walk on Sunday.

Parliament has raised over Shs 46 million toward the establishment of a centre for persons living with albinism out of the required Shs 5 billion for the facility.

The funds were raised during Albinism charity walk that was flagged off by the Deputy Speaker, Jacob Oulanyah as the first activity of this year’s Parliament Week.

The Parliament Week is held under the theme ‘Championing Accountability to Improve Service Delivery’ and will run until 19 January 2019′.

Parliament Commissioner, Cecilia Ogwal, who represented the Speaker, said that people living with albinism need to be given hope, courage and absorbed into the community.

“People with albinism are living in agony. Silent discrimination is worse than open discrimination. Your lives are in danger all the time,” said Ogwal.

Ogwal also called on stakeholders to find ways of mobilizing funds to support Parliament’s efforts to establish a center for people living with albinism, besides the charity walk.

“The Speaker of Parliament has requested me to remind you that we have so far raised only Shs 72 million out of the expected Shs 5 billion. If only our partners could find other avenues of raising this money so that we can make this center a reality,” said Ogwal.

People living with albinism live in constant fear as in the recent past their body parts have become sources of fortune especially by those practicing witchcraft.

Their body parts are believed to bring good luck and wealth and as such, in some cases, family members have been accused of plotting for the death of their own siblings just for the money.
During last year’s Parliament Week, about Shs 75m in cash and pledges, was he generated to go towards supporting the centre for people with albinism while in the previous year (2017), Shs 35 million was raised for the same centre. 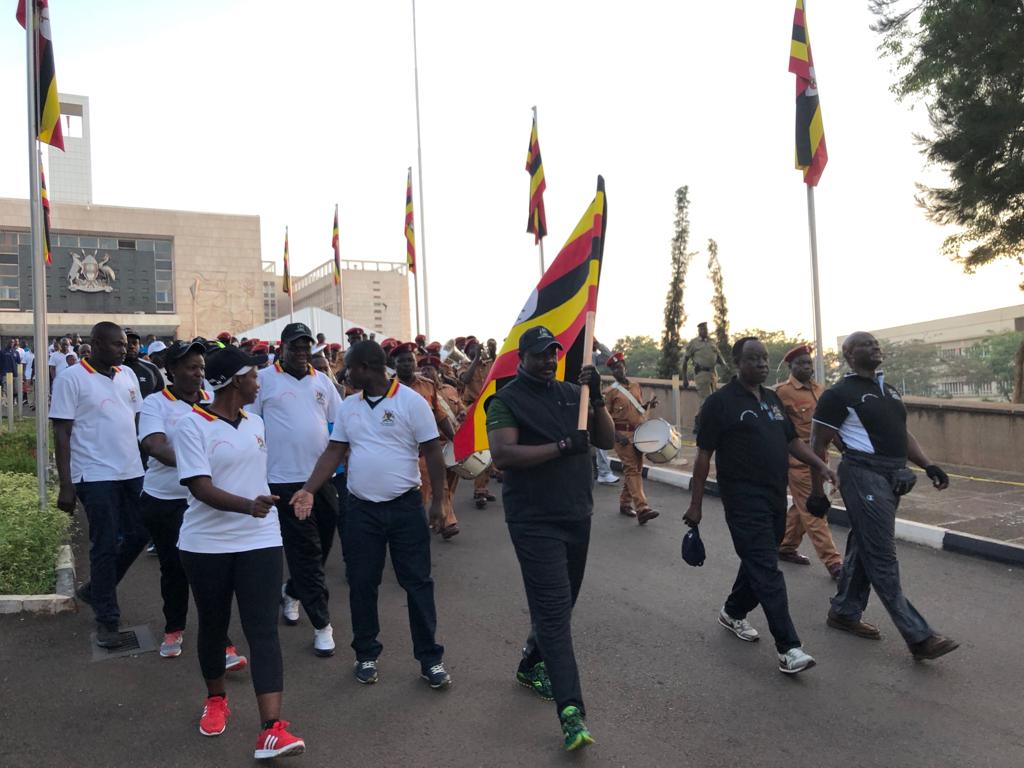