A bus moving from Kanungu district to Kampala has overturned in Rukungiri town, Rukungiri district leaving some passengers with injuries.

The bus Reg No UAZ 321W under the Highway Bus company got involved in an accident on Thursday morning on its way from Kanungu district.

It fell on a slope along Rwabanyambo road in Rukungiri town, which connects to Kanungu.

According to Uganda Red Cross, no deaths were registered.

She said she teams from Red Cross were already on the scene of the accident to assist Police in transferring the injured passengers to the nearby health facilities.

The District Police Commander (DPC) for Rukungiri, SP Moses Nanoka told SoftPower News that two people out of the 16 who were injured are in critical condition.

He said the accident resulted from a mechanical fault.

“The bus had a mechanical fault and it failed to engage. It failed to change a gear while on the hill, it reversed and fell” SP Nanoka said.

On who gets held accountable for this failure that resulted into the accident, the DPC said the owner of the bus is responsible.

“We are going to do an investigation. Of it was a maintenance or structural problem, we shall know. Then we shall take appropriate action,” he said. 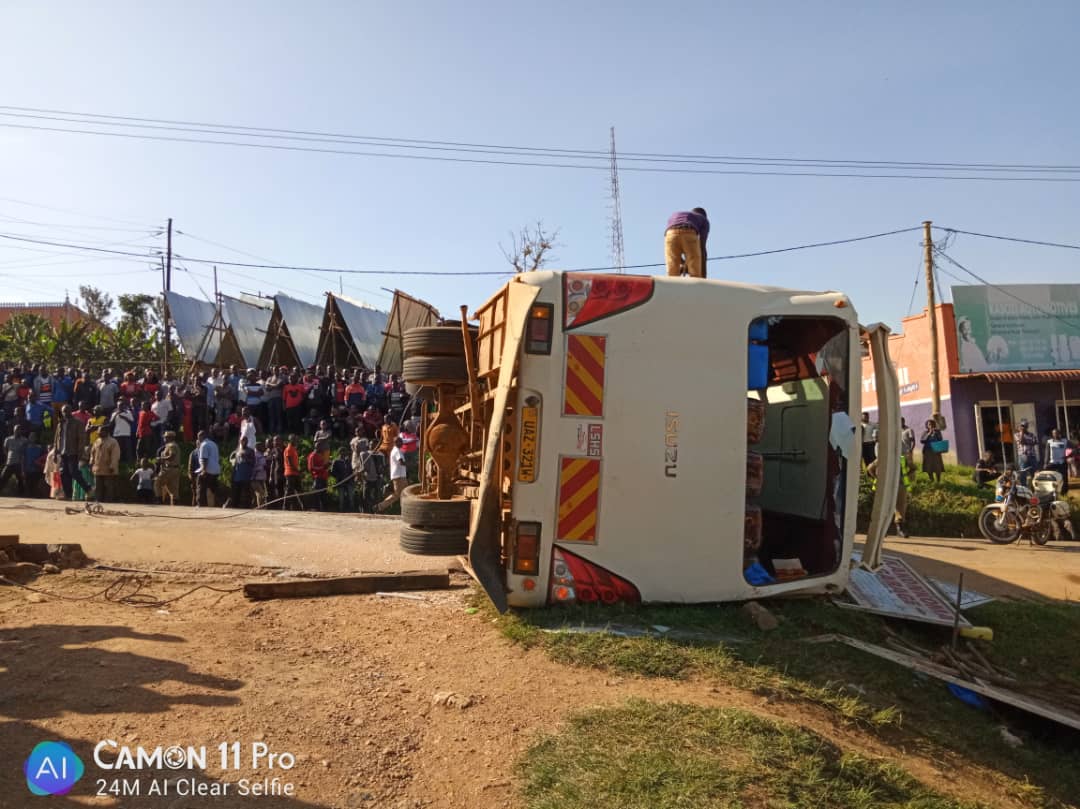 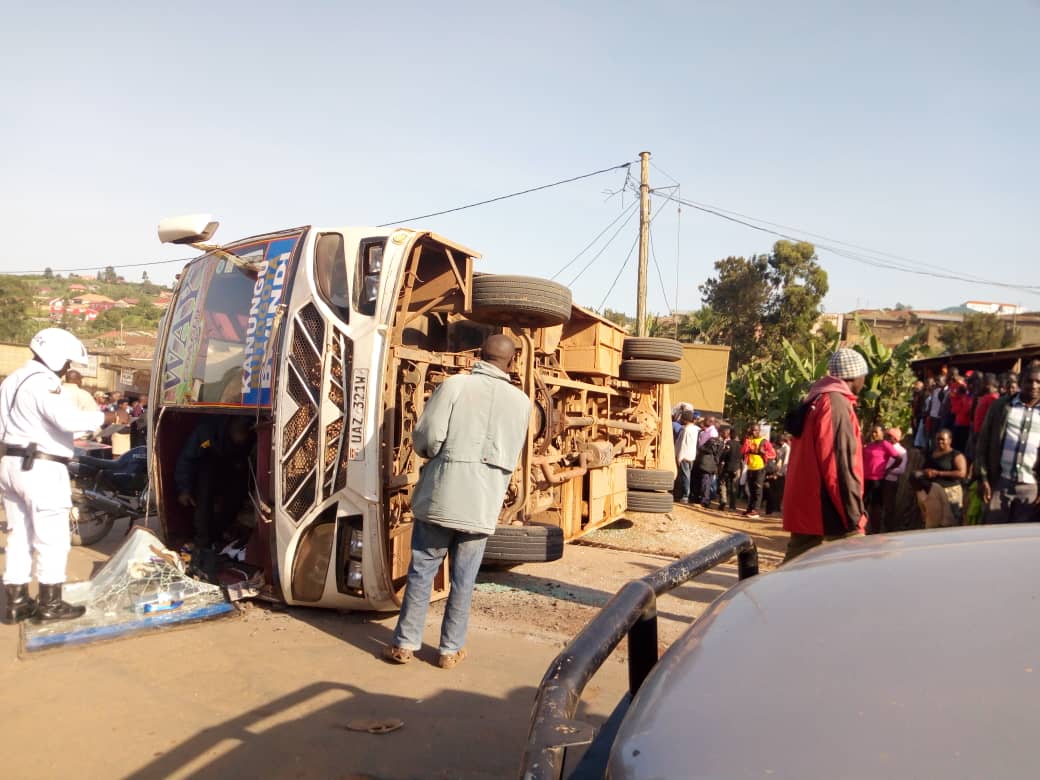 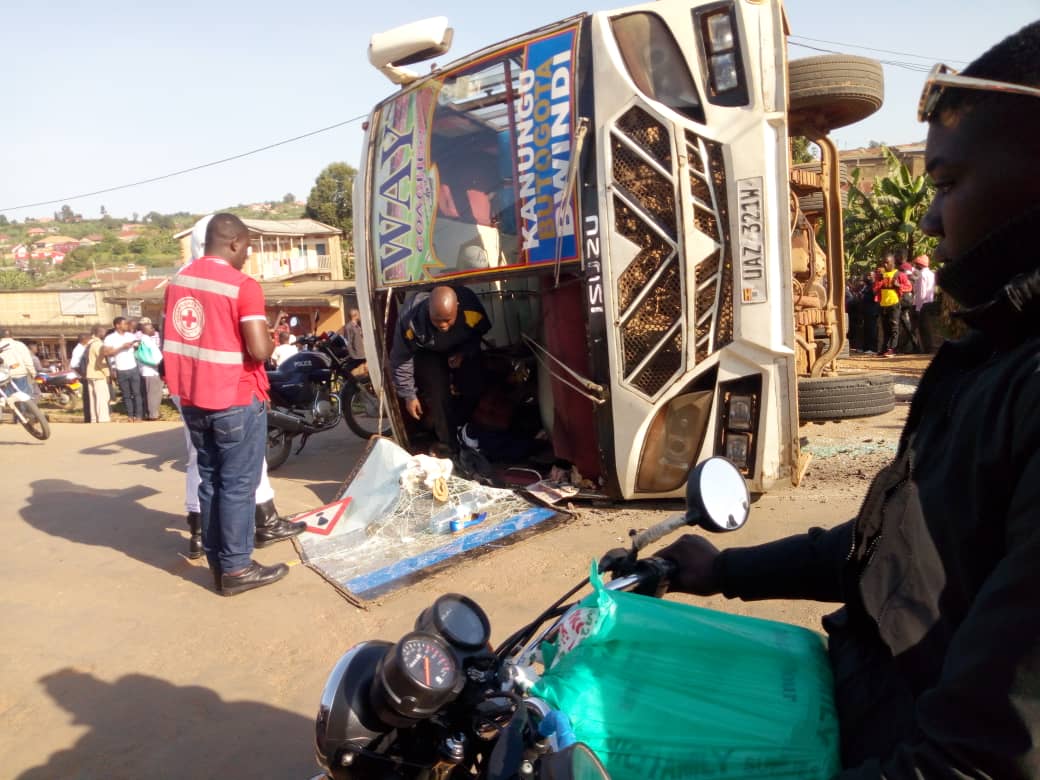 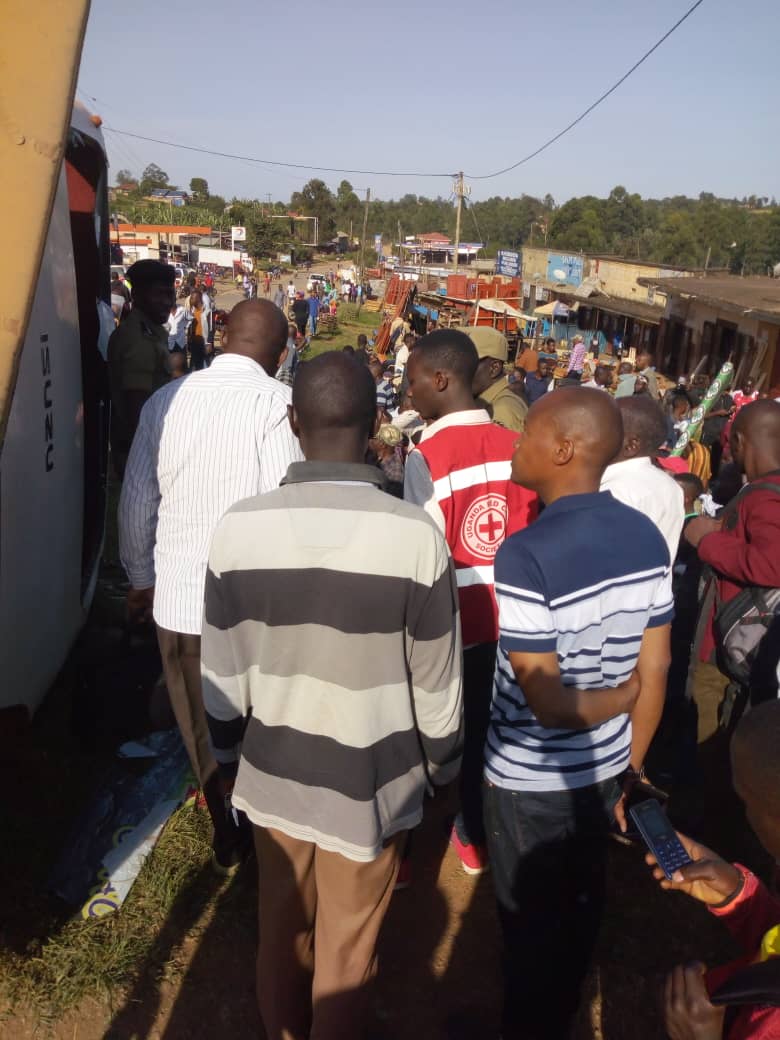 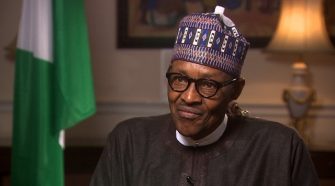