Christianity Focus Centre Ministries’ lead Pastor, David Kiganda has tasked government to reopen places of worship to the the public by tomorrow Wednesday July 8 or else he and his followers dress in sacks as a sign of expressing their grievances.

Government in March banned all public gatherings including suspending school going, entertainment events, church services and weddings with more than 10 people, to reduce the risk of transmitting the Coronavirus.

The President said prayers would continue in homes and urged religious leaders to use media – TVs and radios.

Government has recently embarked on phased reopening of both private and public transport as well as some businesses.

But on June 28, Pastor David Kiganda used his Facebook page to give government an ultimatum of 10 days to reopen all places of worship short of which he say will be a clear indication that the country disrespects God who has to date ensured that Uganda registers no COVID-19 death.

“Should places of worship remain closed until that date, we will consider it a continuous disrespect to God who has miraculously saved our dear country,” says Kiganda.

In his argument, the Pastor says suspending places of worship and “leaving truck drivers from neighboring countries ferry in the virus was an indirect way of telling God that Him (God) and his house are none essential.”

“Continued closure of places of worship is a clear sign of ingratitude to Him, who has saved our nation from the Covid 19 death, to the extent that, even a rat hasn’t died of it to date,” he explains.

As such, Kiganda says tomorrow on July 8 which marks the end of his announced ultimatum, will be the start of their expression of dissatisfaction with the decision to keep them worshipping places suspended.

“If God’s house remains closed, we shall have no any other option, but to put on Sack-cloth (Kutiya-gowns) as a sign of lamentation for our government) nation which seems to be provoking God’s Bitter Wrath for lack of ingratitude (2Choron 30:24-25),” he added.

He said no one should be surprised when they see them dressed in sack attires tomorrow, saying that is the only thing they have to do while praying and lamenting for our for the country’s leadership to listen to their concerns.

He adds that they will also be asking God to forgive Uganda for comparing Him to what he (Kiganda) refers to as a mere virus.

Uganda currently has 971 cases of COVID-19, 896 recoveries and no related fatalities. 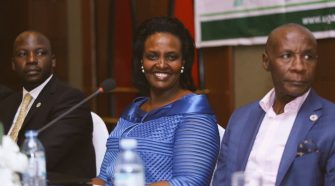