Members of the ‘People Power’ pressure group have rallied Muslims in the country to dedicate tomorrow’s Eid day prayers to the detainees that are languishing in prisons on trumped-up charges.

“As vanguards of people power, we are here to give guidance to the public on what happened in Arua and what we intend to do after here,” said Mukaaku while addressing the media in Kampala.

Mukaaku said that government has decided to hide the truth and justify the evil that they meted out on the people of Arua.

He said that it is not true that people power attacked the presidential convoy in Arua during the campaigns under the orders of the MP elect, Kasiano Wadri and Bobi Wine.

“Government claims that there was a head-on brush between our group and that of the President which led to pelting of stones at the President’s convoy; this is a total lie since his team only met with a rare section of our team that had already passed,” Mukaaku said.

They group has condemned the trumped-up charges that have been levied against a number of legislators as well as civilians that were arrested in Arua.

“Our team is going to the High Court Civil division to apply for bail for all our prisoners and to seek redress for human rights abuses committed on them.” Mukaaku said.

“We urge President Museveni and his aides to stop churning out outright lies which only escalate the already inflamed political and security atmosphere in the country.”

“We are engaging local and international human rights agencies to hold perpetrators to account for the crimes they have committed and so far we have caused Amnesty International to initiate action in this regard,” Mukaku added.

“We call upon the Uganda Human Rights Commission to put their foot down hold government accountable on the question of violation of inmates’ rights by security personnel. They should specifically reign on government and oblige it to let Kyagulanyi and others access specialised medical treatment in a place of their choice.”

Kyadondo East MP, Robert Kyagulanyi is facing charges of illegal possession of a fire arm before the military court while over 30 other suspects including three MPs are facing charges of treason for alleged involvement on the stoning of the Presidential convoy. 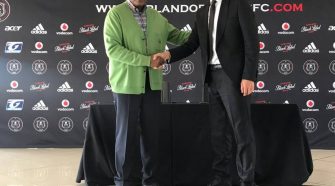