Members of the People Power pressure group are pushing for the U.S and European Union to place aid sanctions on Uganda on top of denying government officials Visas for foreign travel following the human rights violations perpetrated in Arua recently.

The pressure group which is affiliated to now detained MP for Kyadondo East, Robert Kyagulanyi (Bobi Wine) says that whereas the U.S embassy in Kampala and E.U envoys recently issued statements condemning acts by security agencies against MPs, journalists and civilians, that is not enough.

Ivan Kyeyune, the Secretary General for People Power on Monday asked the American government as well as the U.N to place sanctions on President Museveni including prohibiting him from travel and cutting donor aid.

“We are still in shock of the events that transpired in Arua when military officers of SFC and Police arrested members of the opposition that were canvassing votes for Kassiano Wadri. It’s no longer a secret that the persons arrested were tortured while under custody,” Kyeyune told the press at Cityville in Bukoto.

“We demand that several Heads of Missions should not stop at issuing statements of condemnation but act to end this impunity,” he added

“We demand that the U.S and European Union cut the aid given to Uganda since it does not benefit Ugandans but only to help galvanize President Museveni in power. These donations are used to torture Ugandans”.

He said that the same is is used to procure military equipment used to suppress the citizens and to finance foreign travel for officials in government whenever they require medical treatment.

Kyeyune said that the torture and brutal treatment unleashed on Members of Parliament is a violation of the 1984 UN Convention against Torture and other cruel, inhuman and degrading treatment or punishment which was ratified by Uganda.

The People Power movement is also calling on the international community to institute an independent commission of inquiry into the violence and subsequent arrest, detention and torture of opposition MPs and their supporters.

They also wants security personnel both of the UPDF and Police who were responsible for the acts of torture to be prosecuted and brought to book.

Kyeyune particularly wondered why none of the Ministers in charge of security agencies has come out publicly to speak about these events.

“We haven’t heard statement from the Inspector General of Police on what happened in Arua. Police was only instructed to communicate false information that government wants the public to believe. The IGP should have condemned the acts of the military,” he said.

Singer Hillary Kiyaga alias Hilderman said that it was surprising that the President has not considered paying a visit to victims of torture who have a status of Member of Parliament.

“The President should not only speak relying on reports he has heard from army doctors. He should visit these MPs and see what conditions they are in. We have previously seen his officials in government feed him with false information only for him to find a different situation on ground,” the singer who describes himself as an advocate of human rights said.

He told the press that the pressure group plans to hold a peaceful demonstration to protest the treatment of Bobi Wine, but was skeptical that as always, Police is likely to deny them permission.

“Whenever you talk of demonstration in Uganda, they think of chaos which isn’t the case. We pray Police accepts our application,” he said.

Kyeyune described People Power as a movement which has lost hope in the old folk and is rallying Ugandans youth to get out of their comfort zone and push for change of government. 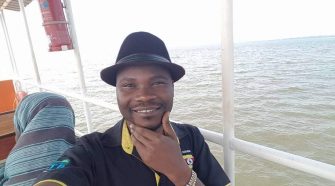