Uganda is set to mark the International Albinism Awareness Day tomorrow, June 13 at the Busoga Square in Jinja.

The day (June 13) was set aside internationally by the United Nations following the extreme human rights abuses that persons with albinism face worldover.

In Uganda, Source of the Nile Union with Persons with Albinism (SNUPA) is taking lead in organizing the celebrations that will run under the theme “Shining Our Light to the World”.

Organizers say the theme was chosen particularly to recognize and affirm all the positive steps that have been taken and ongoing in regards to building positive community and space for people with Albinism.

Over 700 persons living with albinism are expected to attend the event in Jinja.

SNUPA says that as part of the activities to mark the day, people with Albinism will be offered free skin cancer treatment, wide-brimmed hats, long sleeved clothes and sunglasses.

“This is due to the fact that, an estimated 98% of persons with albinism in East Africa die of skin cancer before the age of 40. While a major number of them continue to live in extreme poverty coupled by discrimination, false belief and myth that has made the lives of PWA unbearable,” SNUPA said in a statement released on Monday.

On Wednesday, SNUPA will also host and officiate the use of the cryogun (Skin Cancer machine) used for the treatment of the precancerous cells. This will be free for free treatment of all persons with albinism.

An online Albinism news web portal and resource centre, together with the SNUPA Band, an advocacy musical group championing the right of persons with disabilities through music, will be launched.

The activities are aimed at giving an end to the myth surrounding albinism as we charted ways forward for high end campaigns.

But in addition to this, the organization says that attention will be drawn to official pledges by some of the influential stakeholders at both national, regional and district level to help uphold and protect the human rights of people with albinism. 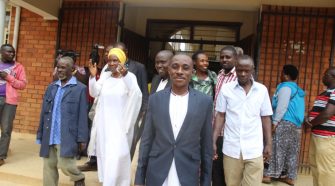