This follows an acknowledgement by both sides that there have been ongoing discussions on how to work together as opposition forces.

According to Mukono Municipality MP, Betty Nambooze Bakireke who is the spokesperson of the ‘People’s Government’, the presser will take place at Fairway Hotel in Kampala.

She said: “All journalists and media houses are invited to a press conference to be addressed by the People’s Government and People Power spokespersons this morning at exactly 11:00am at Fairway Hotel.”

This will be the first time former NTV news anchor, Joel Ssenyonyi, who was Tuesday unveiled as the People Power spokesperson, will be addressing the public in that capacity.

It is not clear what their address will be premised on, but some political analysts say the event will be used to show to the public that they have buried their highly reported disagreements on who should command and dominate the opposition political space.

Bobi Wine’s supporters have severally asked Dr Kizza Besigye who is also a four-time Presidential candidate, not to stand again in 2021 and instead throw his weight behind Bobi Wine.

Besigye however maintains said he hasn’t blocked anyone from joining and consequently lead the struggle. 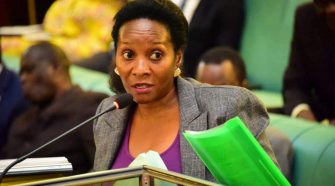