Addressing the media in Kampala on Friday, PPP Vice Chairperson, Sadam Gayila expressed concern that with less than two years to the 2021 general elections, government is still holding Supreme Court in contempt.

In its ruling in the Presidential election petition filed by former Presidential candidate, Amama Mbabazi challenging the outcomes of the 2016 elections, the Supreme Court ordered government to table a Bill in Parliament on electoral reforms within a period of two years from the time of the ruling.

Court also made several recomendations for consideration for the same which include; regulation of use of money during campaign, extension of time within which a Presidential petition should be filed, heard and disposed as well as regulation of the involvement of security organs in the campaigns.

“Less than two years to the next elections, the purpose of the Supreme Court recommendations and the demands for reforms earlier made by all key stakeholders is in a path of yet again, a defeat clearly orchestrated by government,” Gayila said.

Gayila noted that government is rather diverting the attention of the general public and the opposition in particular to spend its energy on other debates such as Parliamentary system of governance versus Presidential System.

“As a party, we strongly advise the other opposition parties and other stakeholders not to be hoodwinked into wasting their energy in systems of government but to stay focused on the reforms because it is our top priority,” Gayila said.

He appealed to all Ugandans in their diversity to join hands in demanding for the reforms whose outcomes he said will impact directly on the common man.

“PPP is in advanced stages of consulting with the legal minds in the party and around the country for a possible course of legal action in case government remains adamant on the recommendations of Supreme Court,” Gayila noted.

PPP has also appreciated the Speaker of Parliament, Rebecca Kadaga for the continuous orders made to the Minister of Justice and Constitutional Affairs to present to Parliament the electoral amendments recommended by the Courts of law.

“We applaud the Speaker for her bold push for the amendments but also call upon all opposition political parties, the civil society and other stakeholders to join her in exerting pressure on government on the same.” 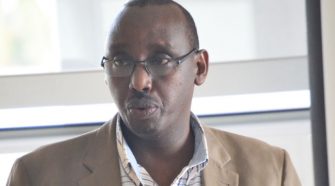