State Minister for Primary Health Care, Dr Joyce Moriku Kaducu has appealed to the public to acquire basic training in first aid, to be able to save lives whenever there are emergencies such as motor accidents.

The Minister said this on Thursday while closing a simulation exercise on emergency response held at Kololo Independence Grounds in Kampala. The mass casualty drill organized by the Ministry of Health in partnership with Seed Global Health sought to demonstrate Uganda’s existing capacity in emergency response in both the public and private sector.

The exercise replicated a fatal motor accident in Matugga, involving 5 saloon cars, 5 boda bodas with 52 victims and 6 fatalities. In the drill, the call for emergency services was initiated by a bystander who contacted Police which in turn informed the KCCA Dispatch Centre. 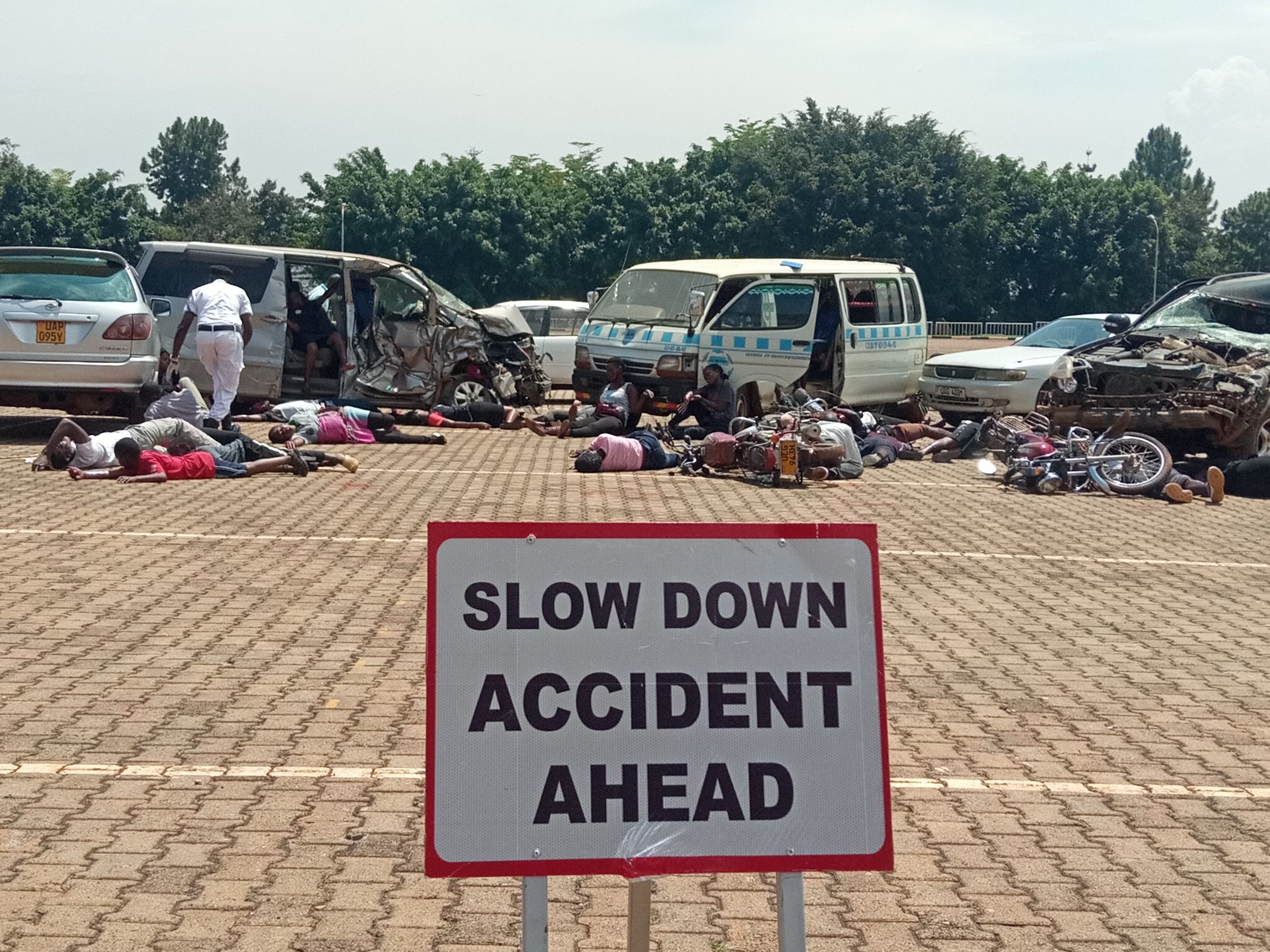 Police arrived first at the scene of the accident to cordon off the scene and assess the impact after which the Police Fire and Emergency personnel was sent in. This was followed by medical teams and ambulance service providers who offered the required immediate emergency care to victims and referred them to different health facilities.

An independent official who made the evaluation of the drill said the overall evacuation exercise lasted one hour and 15 minutes, thus scoring excellently. He also said the chain of communication as well as overall leadership and performance was commendable.

The drill demonstrated the importance of coordination between the different stakeholders, safety precautions, communication and time management.

Speaking after the drill, the Minister said funding towards emergency services as a segment of health care remains low and needs to be increased if response is to be of positive impact. The Minister said some of the emergency departments in the different health facilities are not functional due to lack of resources.

“People should get skills on first aid so that when an accident occurs, everybody is capable of saving a life”. 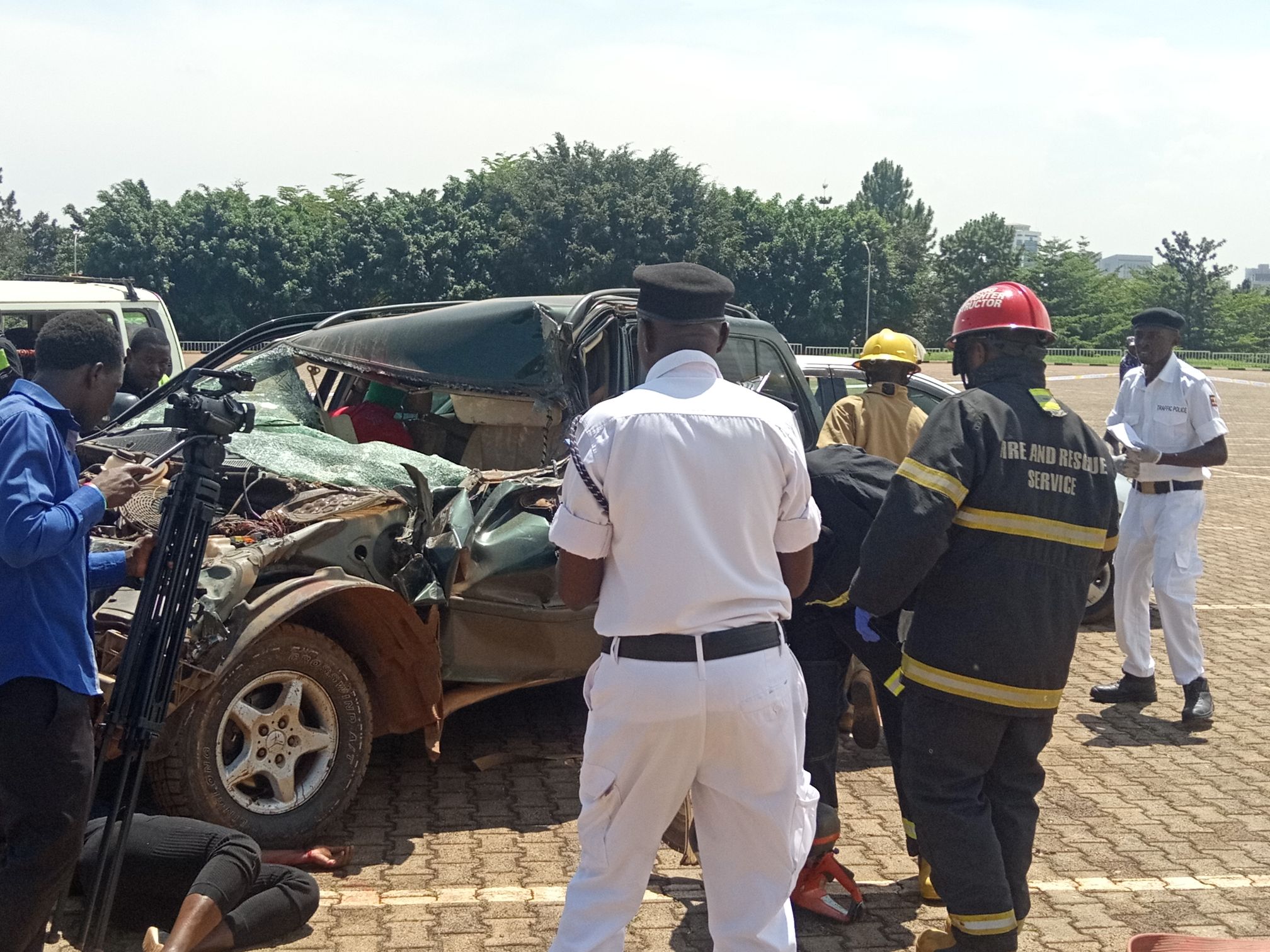 On what government is doing to ensure training on first aid permeates to the ordinary Ugandans, the Minister said this training has been incorporated in the policy on Emergency Services which is due to be tabled in Cabinet for approval.

“The policy has that component for the health care workers and basic life support training for the public. And that has been demonstrated here (drill) is part of the training,” the Minister said.

She however stressed the need for prevention to avoid disability and morbidity.

Dr Kaducu said it is important that government avails adequate funding for ambulances, equipment and training of health care providers.

While Thursday’s mass casualty drill was rated as successful, there is a general sentiment among the wider public that emergency response, particularly the Police is often times slow.  There have also been long-standing concerns over the transportation (using Police pickups) of casualties or dead bodies instead of ambulances.

There are 421 ambulances across the entire country. Of these, 181 ambulances belong to government, 124 to private not-for-profit organizations and 116 to private entities. 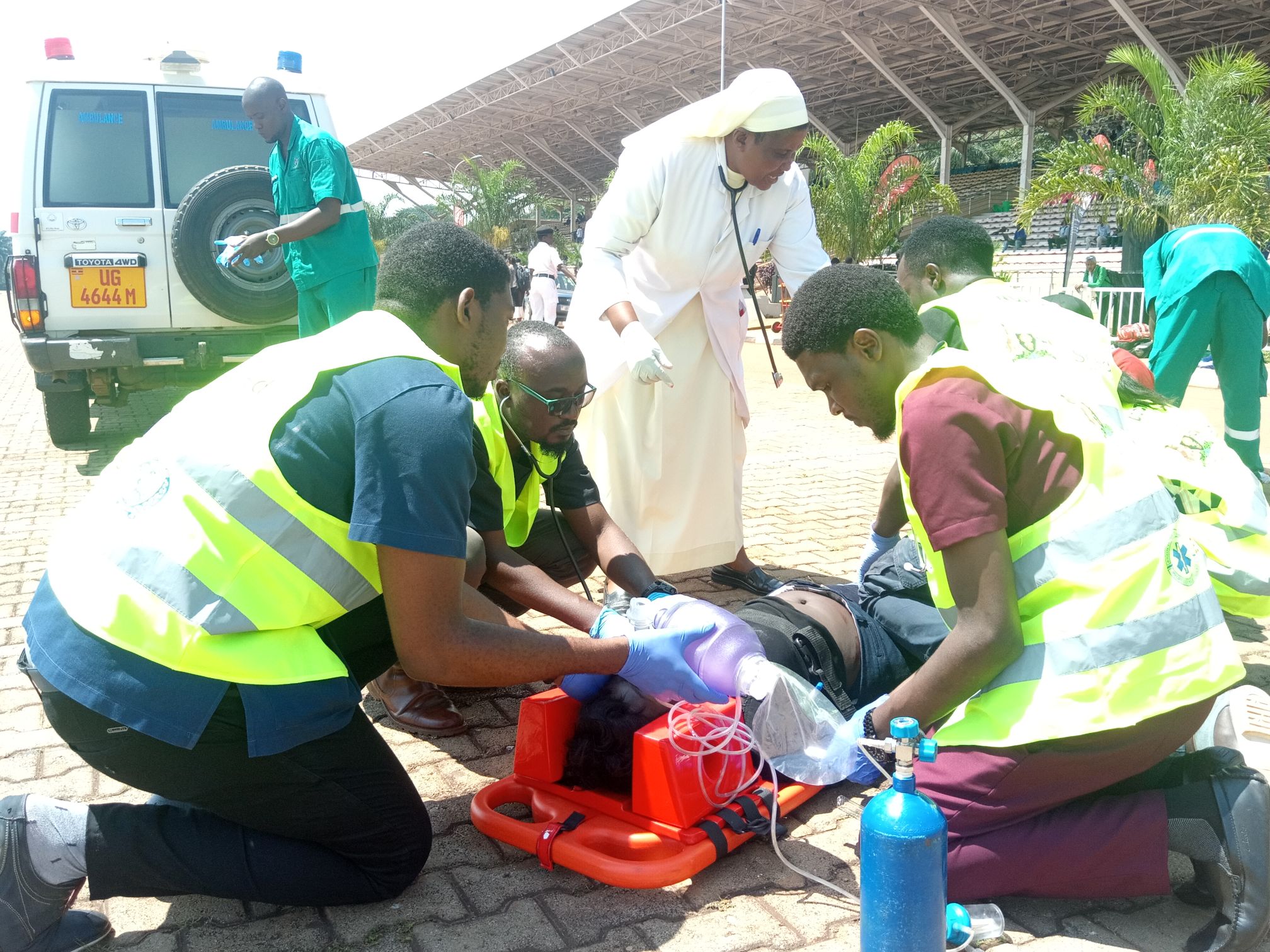 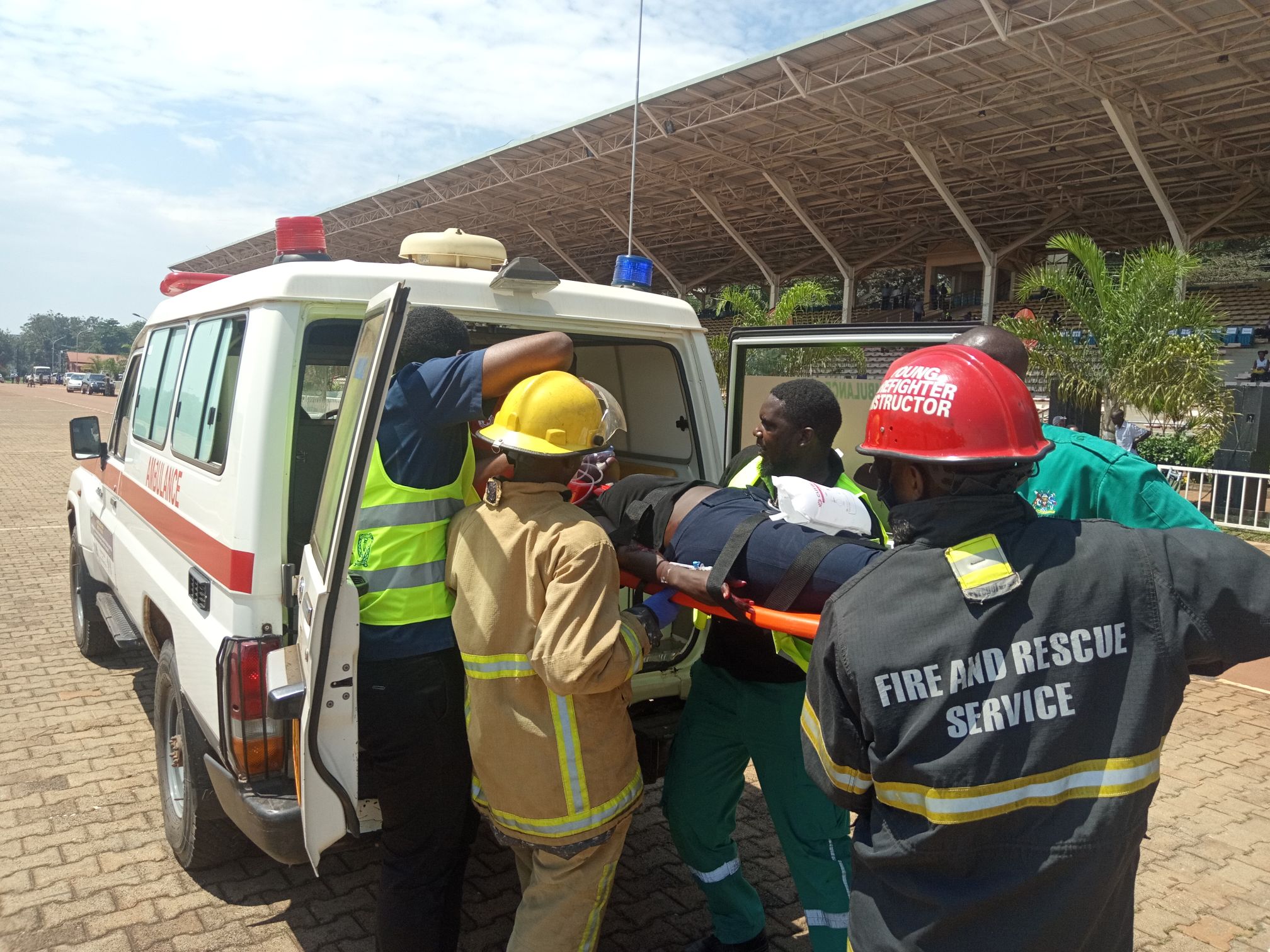 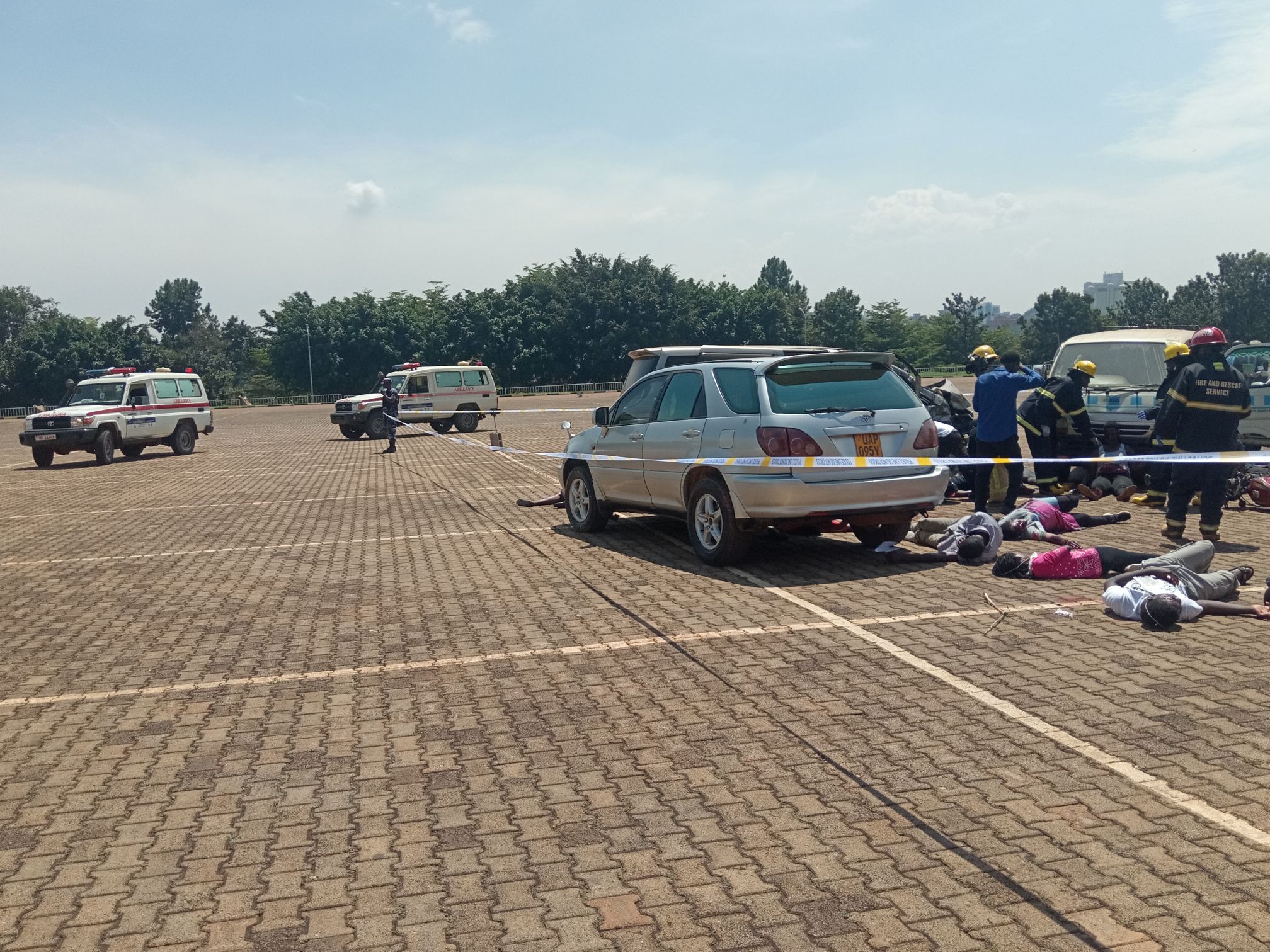 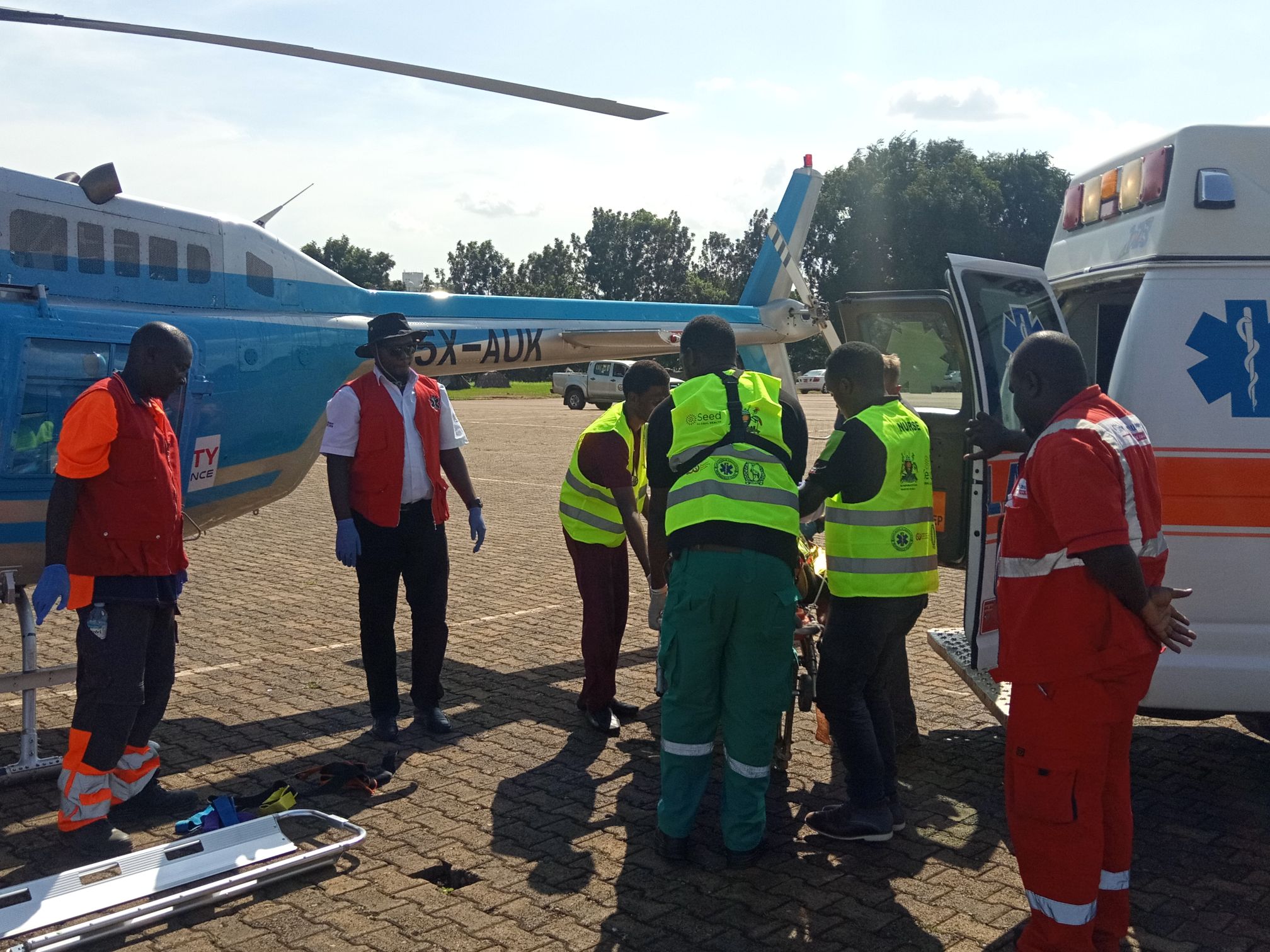 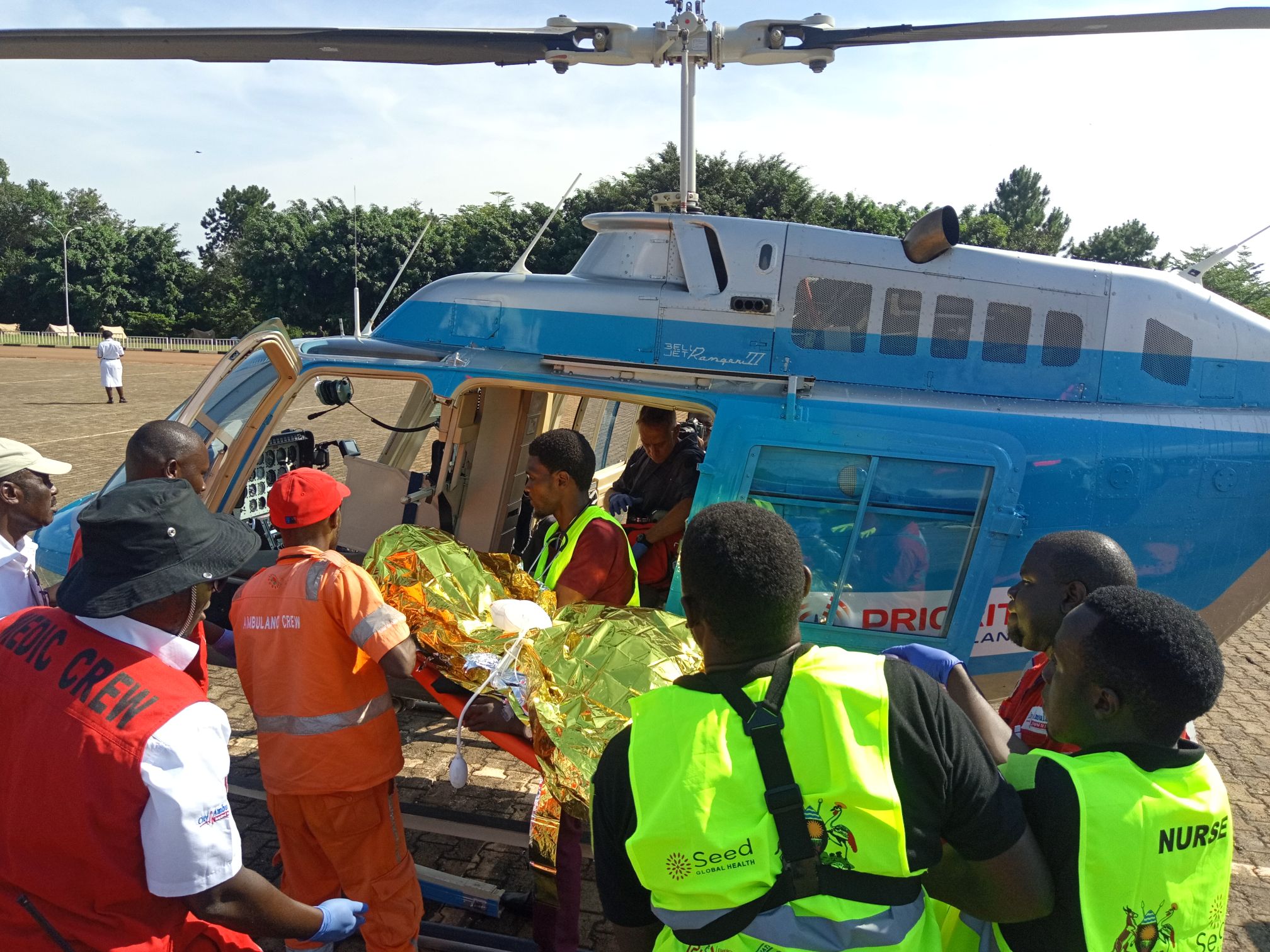 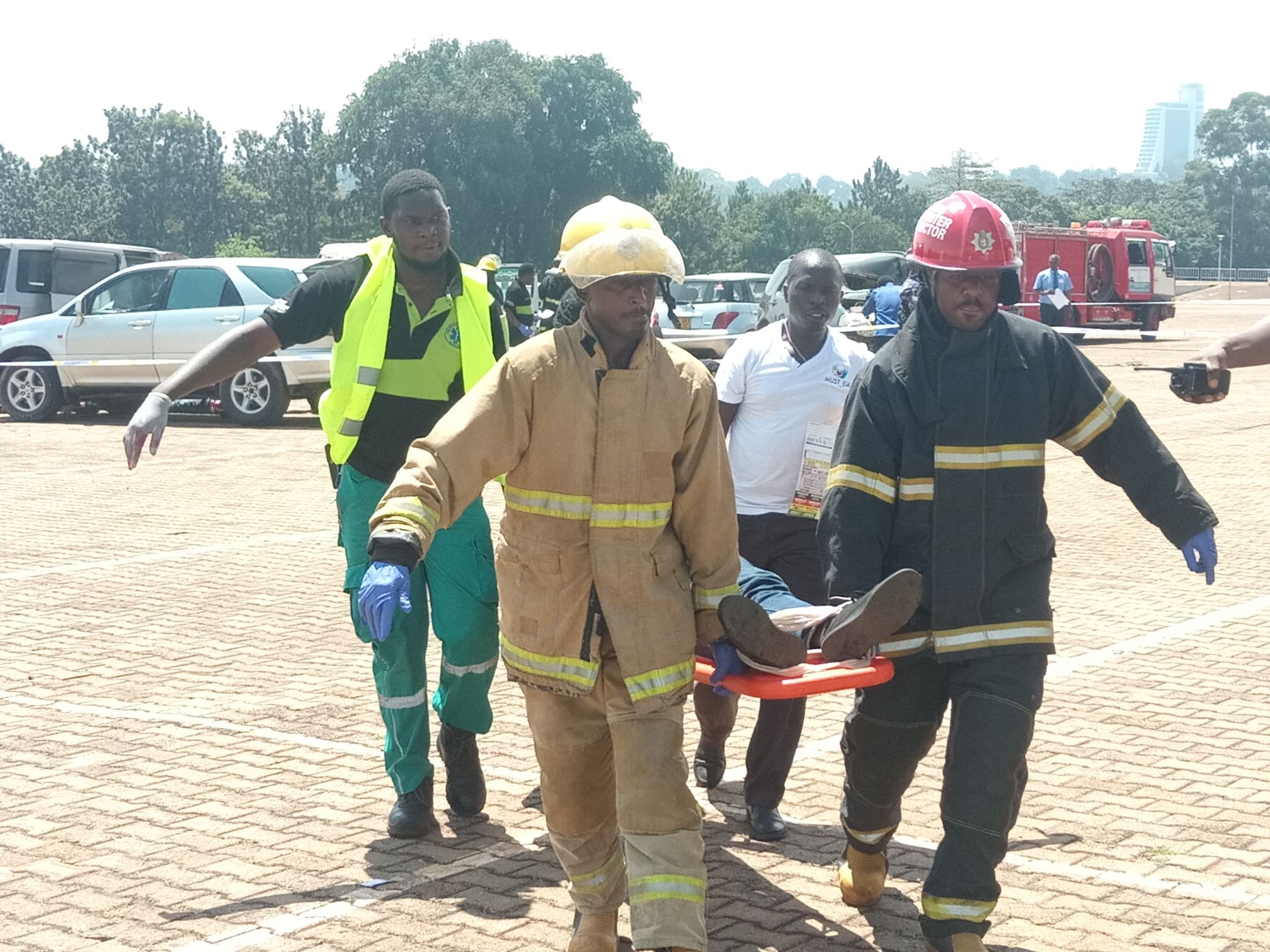 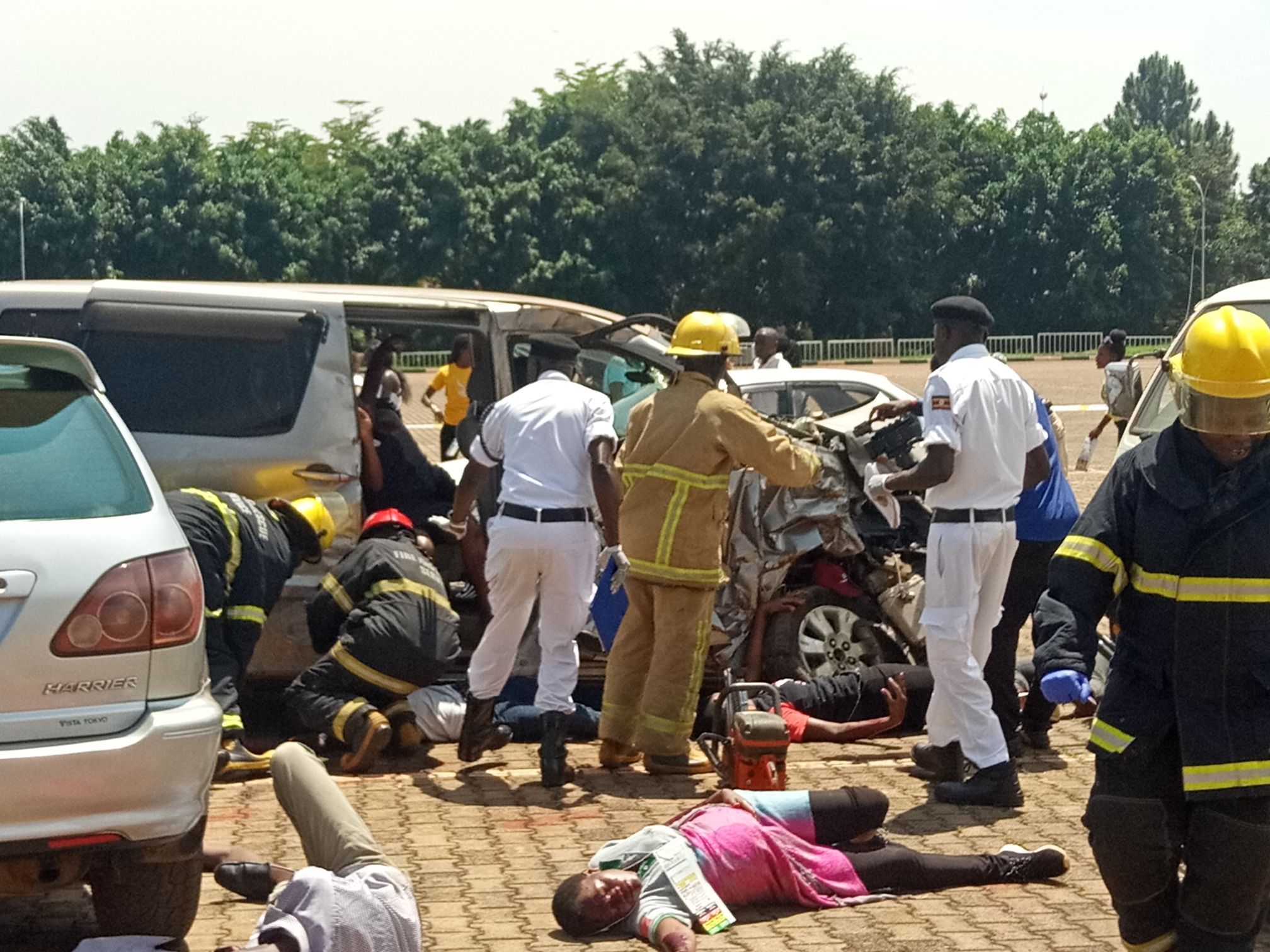 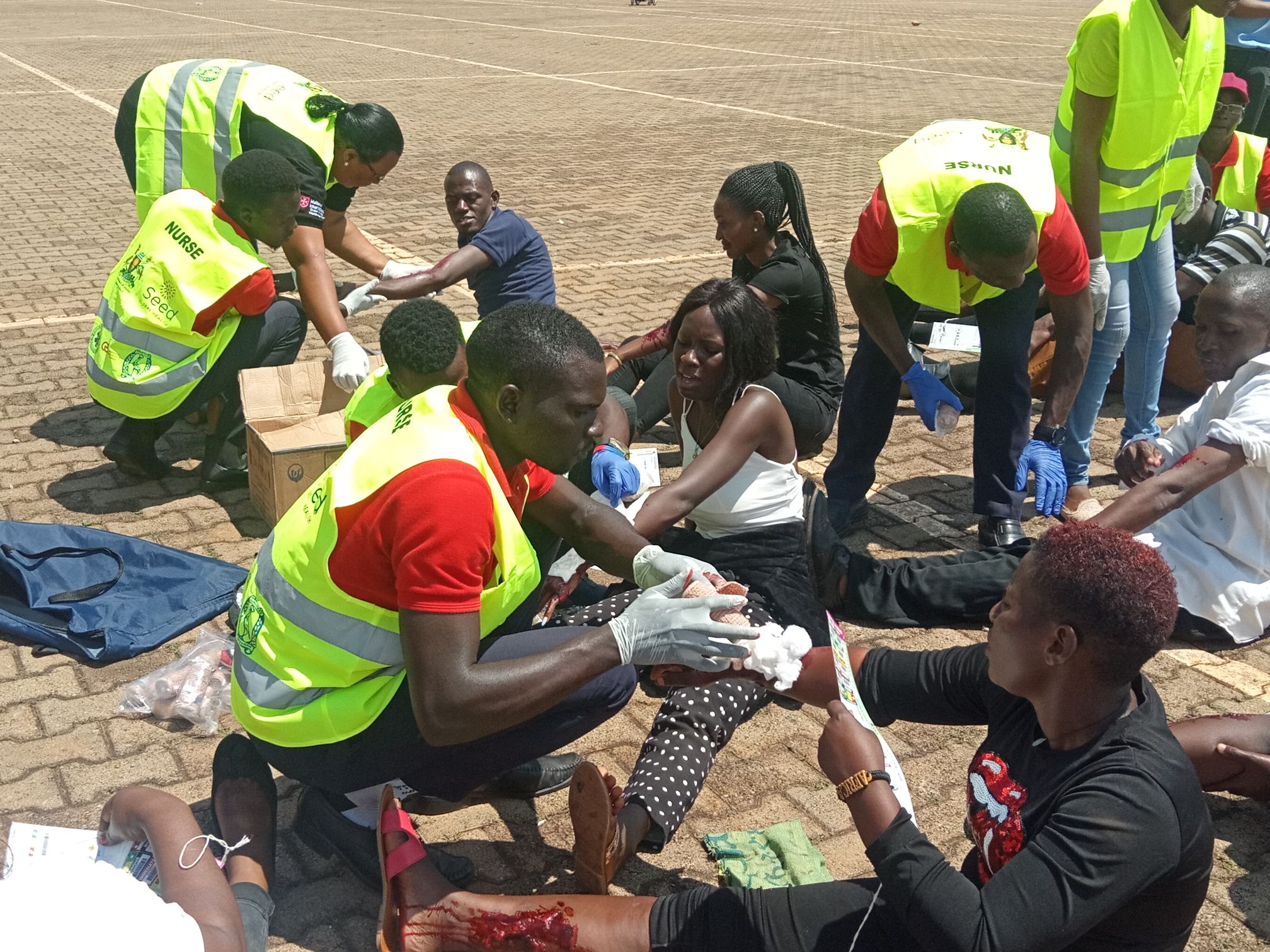 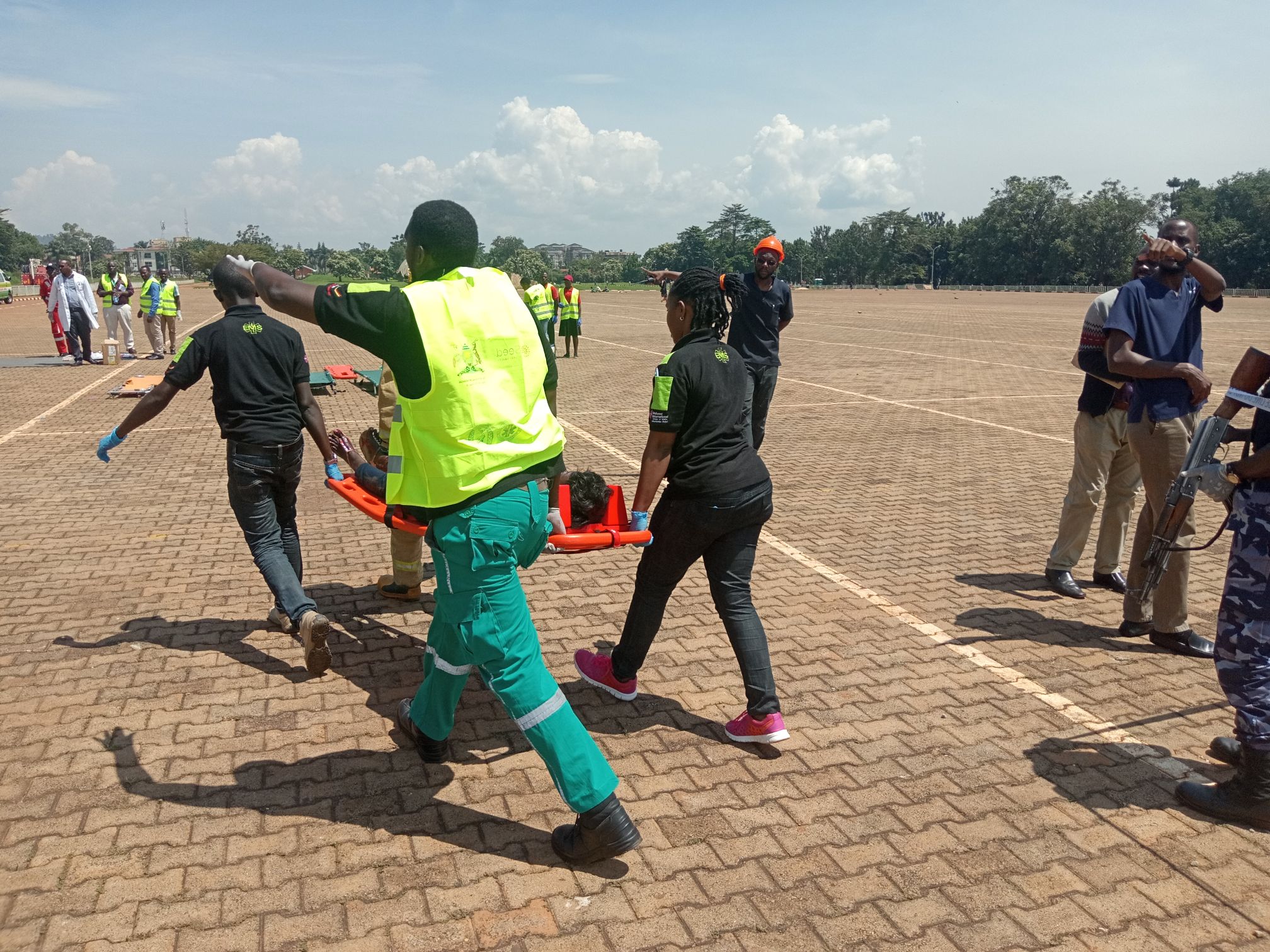 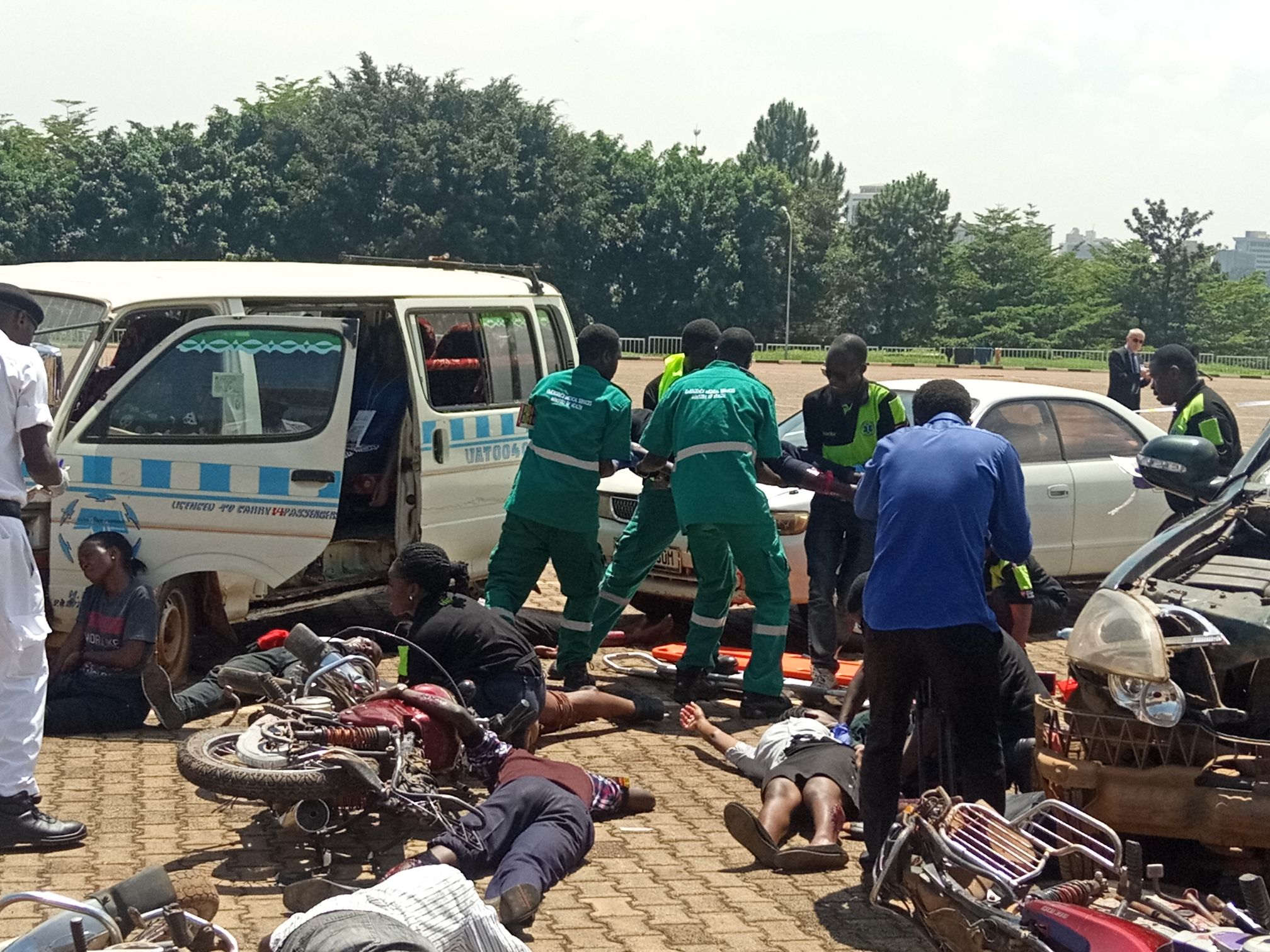 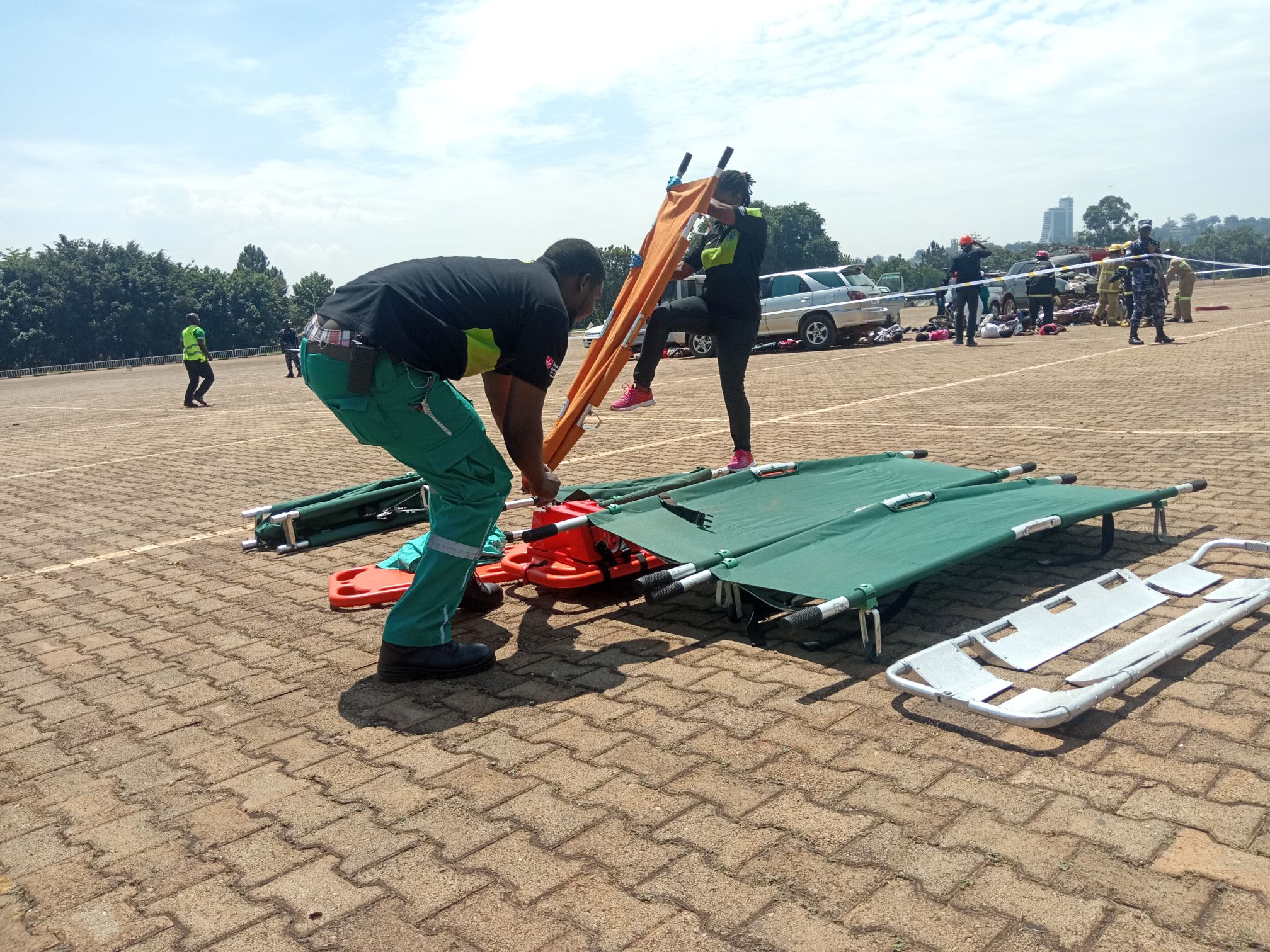 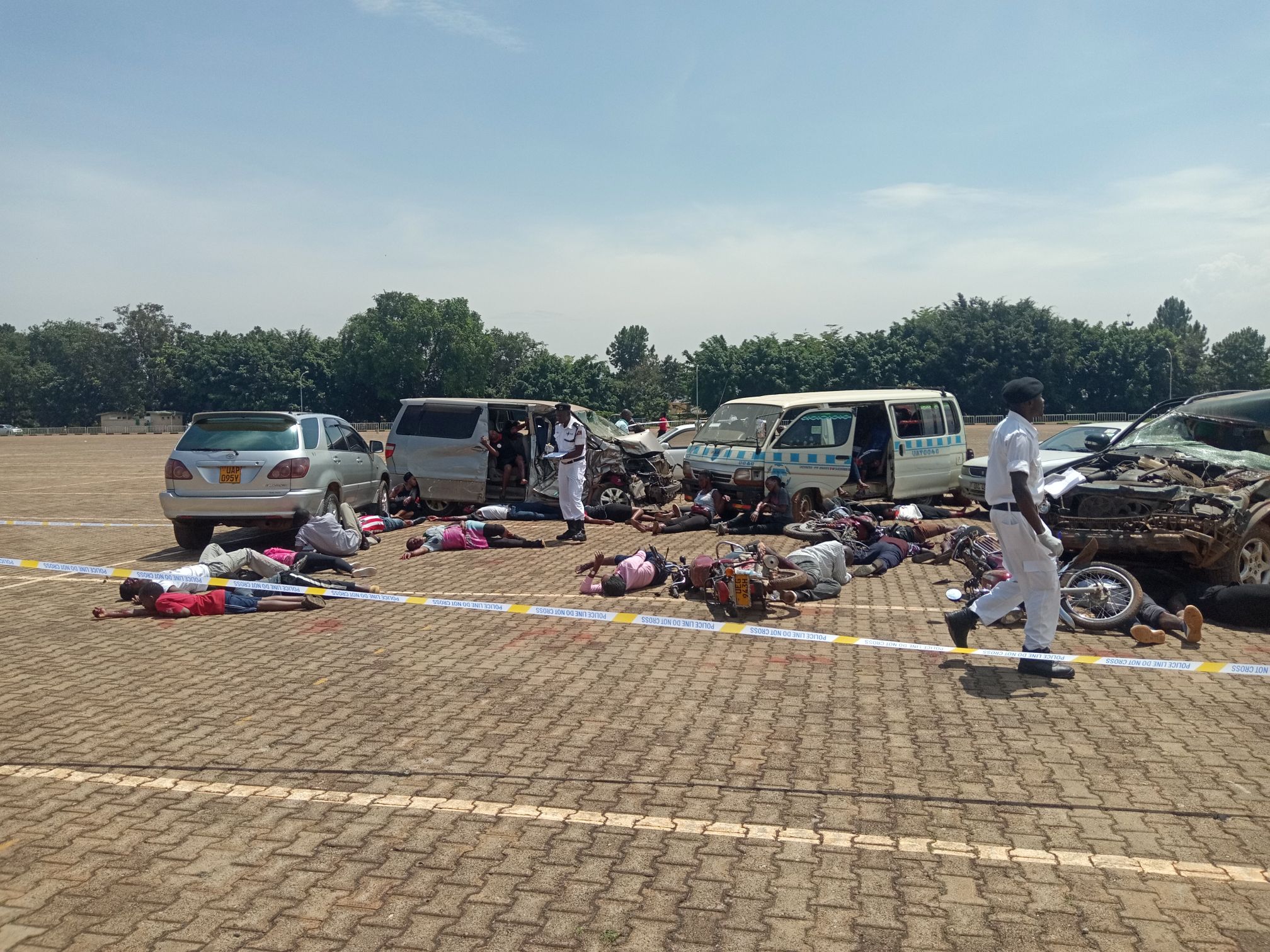 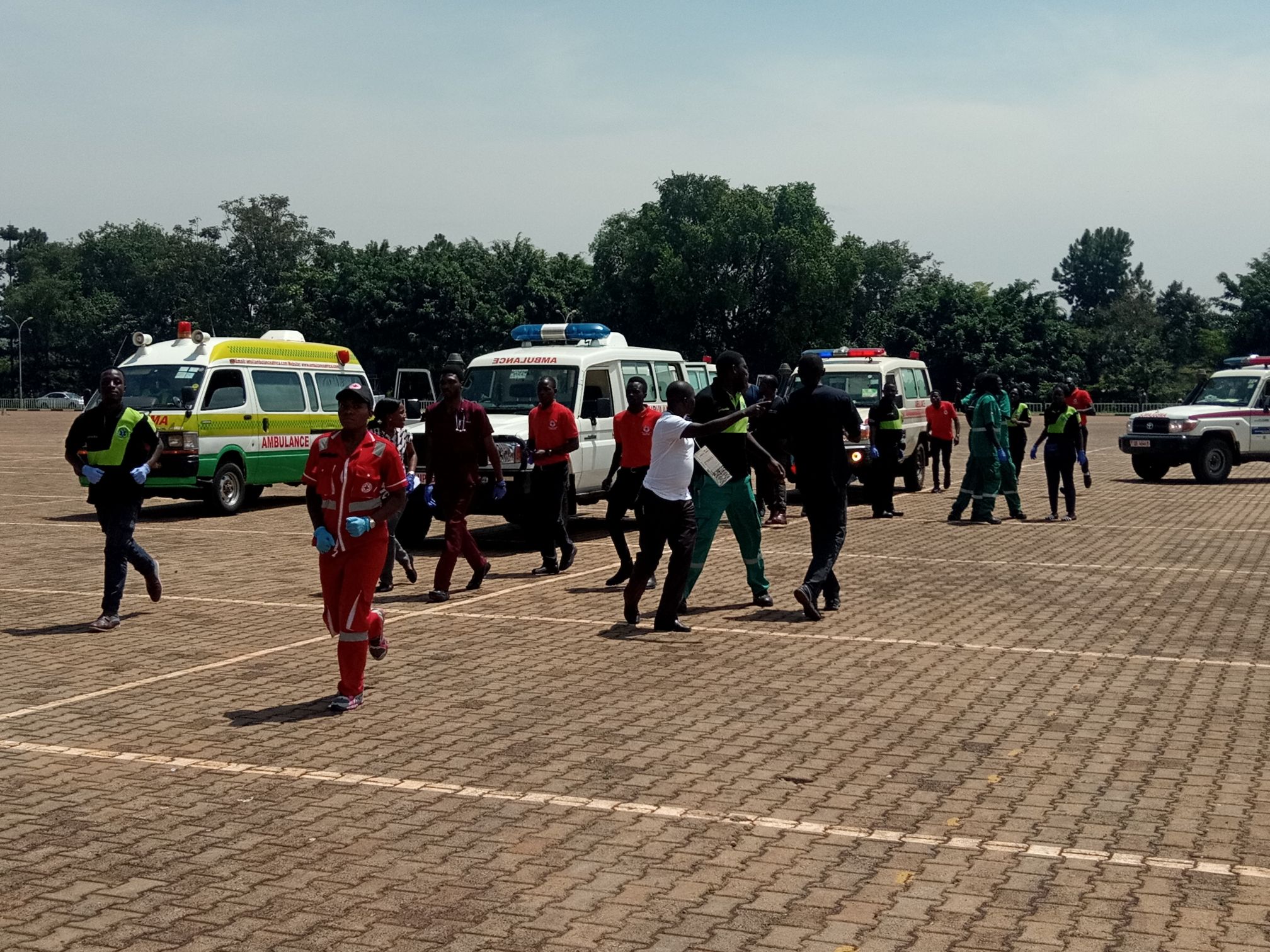 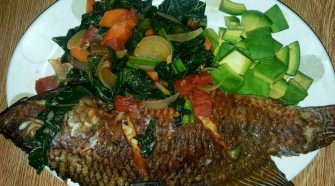