The UPDF Chief of Defence Forces, Gen David Muhoozi has urged parents and all the UPDF soldiers to be good examples to their children and ensure they impart in them good discipline and morals.

The CDF said this while officiating at the end of year children’s party that took place at the 2nd  Infantry Division headquarters in Makenke Mbarara district.

He noted that the world today needs children who are morally upright in order for them to become better citizens  of tomorrow.

Gen Muhoozi went on to say that children need to receive tender love from their parents,good nurturing, mentorship and utmost care when they are still young.

“As UPDF, we give young people area to fill our ranks for Uganda and for Africa. Therefore, children need good mentoring, nurturing, good care, and require values when they are still young,” the General said during the party.

The CDF asked parents to be exemplary to their children.

“As parents, are we doing well our roles, do we inspire our children?”

Gen Muhoozi observed that family touches the hearts and minds of all soldiers and impacts on the performance of soldiers on duty.

“Family is at the core of our work, focus and stability on duty. It gives purpose to our existence as human beings and is the foundation for strong society and country,” the CDF said.

He said that resource constraints are the major limiting factor in holding similar UPDF children end of year celebrations in other barracks across the country.

“We can only do two parties utmost at the same time. This year, it’s Mbarara and Masindi and we shall do other two in another year”.

He used the opportunity to wish all Ugandans a Christmas festive and New Year of prosperity and stable families.

Speaking at the same function, the outgoing Commander Second Division, Brig Gen Kayanja Muhanga thanked the CDF for supporting the end of year children’s party and went on to reveal that this is the first of its kind in the Division.

The Division Commander further  pointed out that because CDF is a parent, he embraces the idea of celebrating the end of year children’s party.

“Because these children are our future when we are long gone, these are the children that are going to replace us,” said Gen Muhanga.

The CDF also rewarded children who won in the different sports activities.

A similar function will be held in Masindi barracks on Tuesday.

The annual UPDF calendar activity was started by Gen. Edward Katumba Wamala in 2016 (Bombo barracks) to bring together families of officers and men of UPDF. 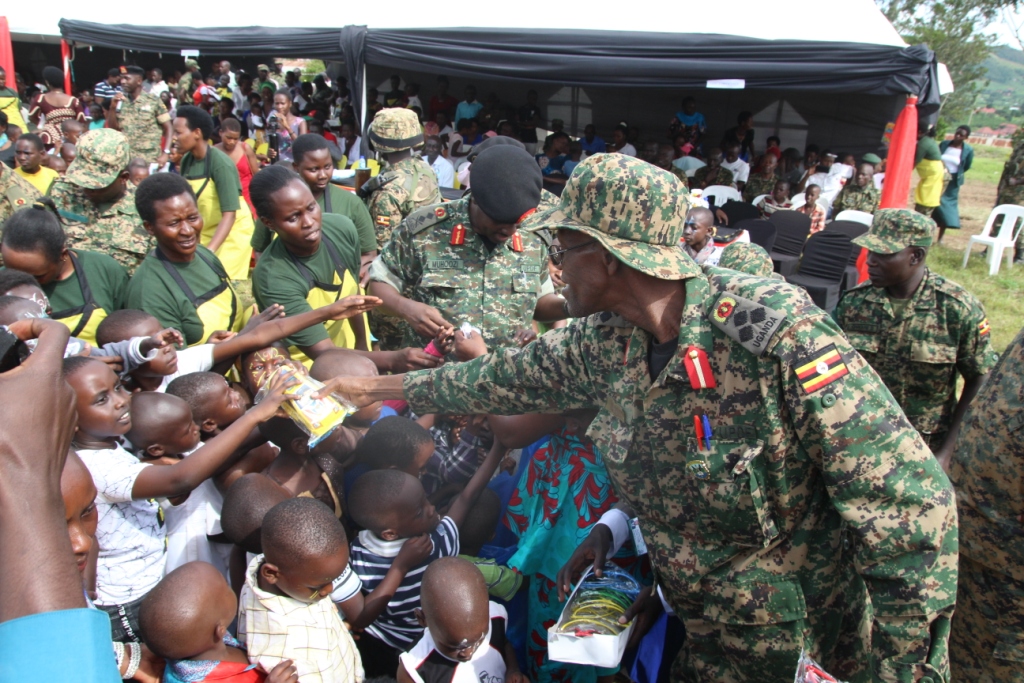 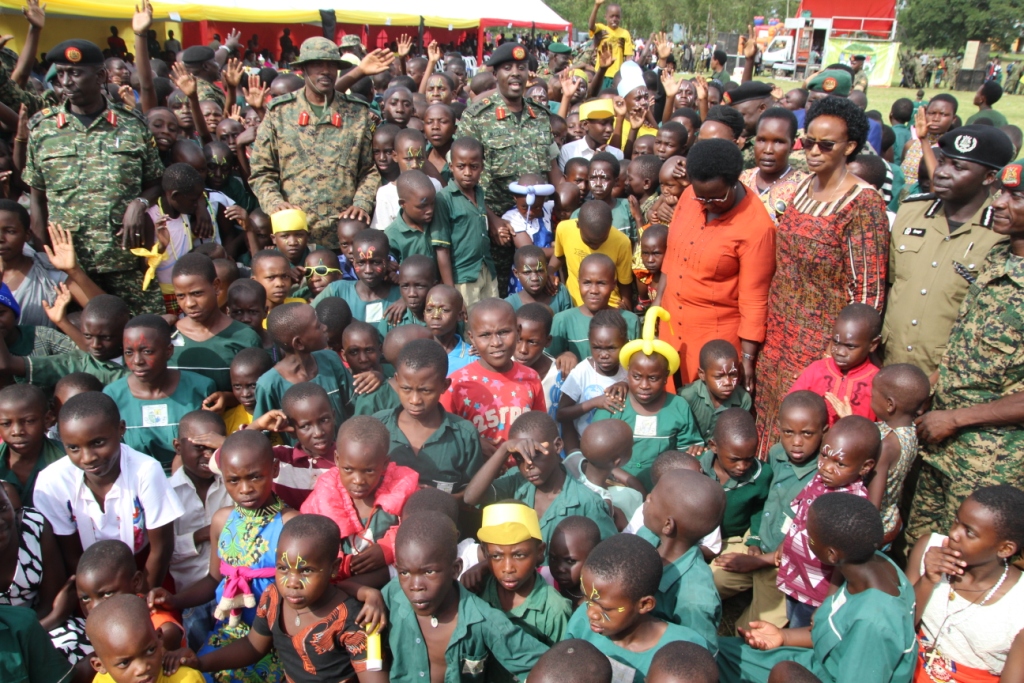 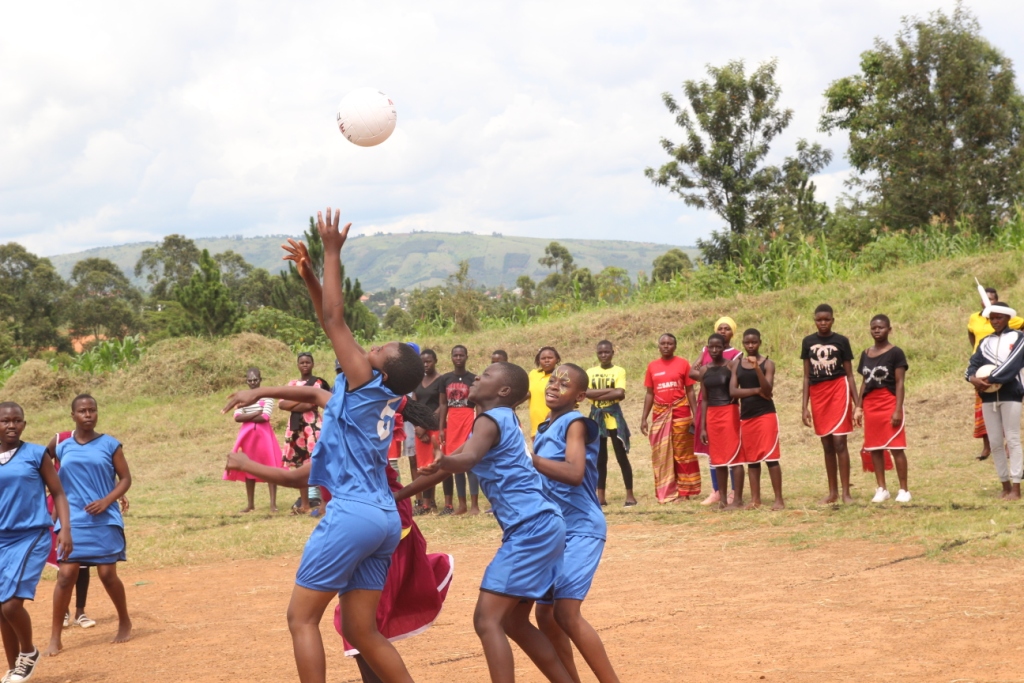 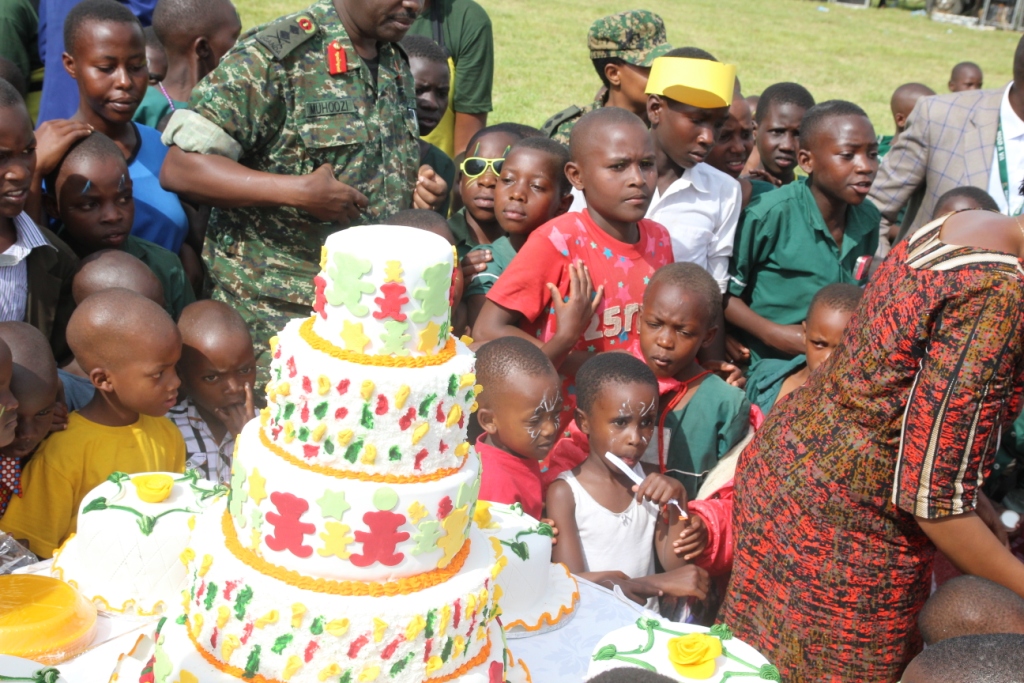 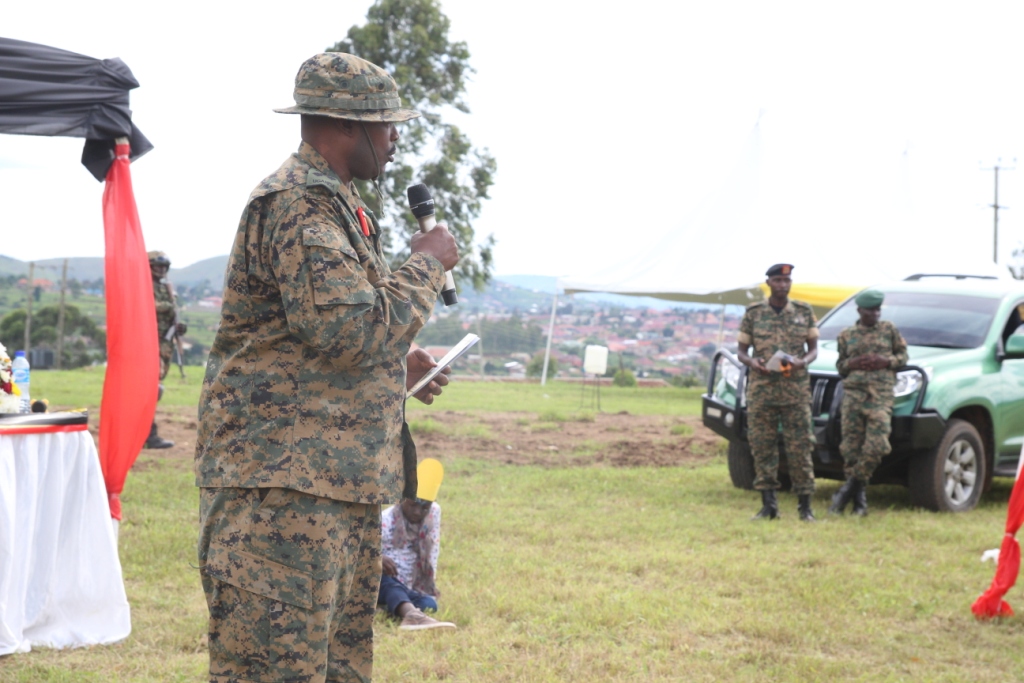 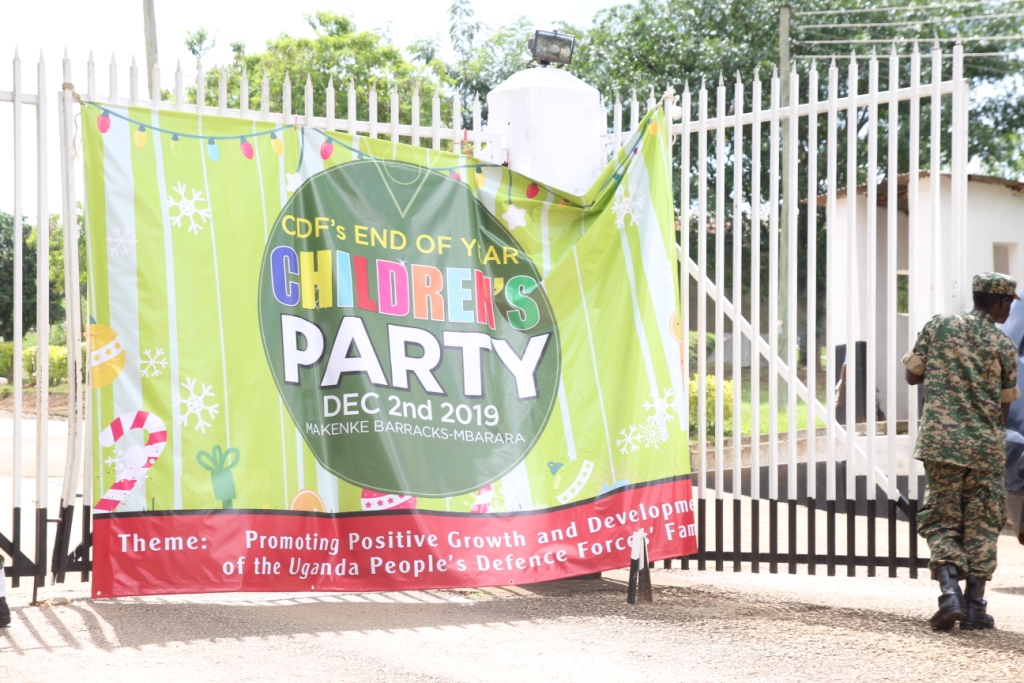 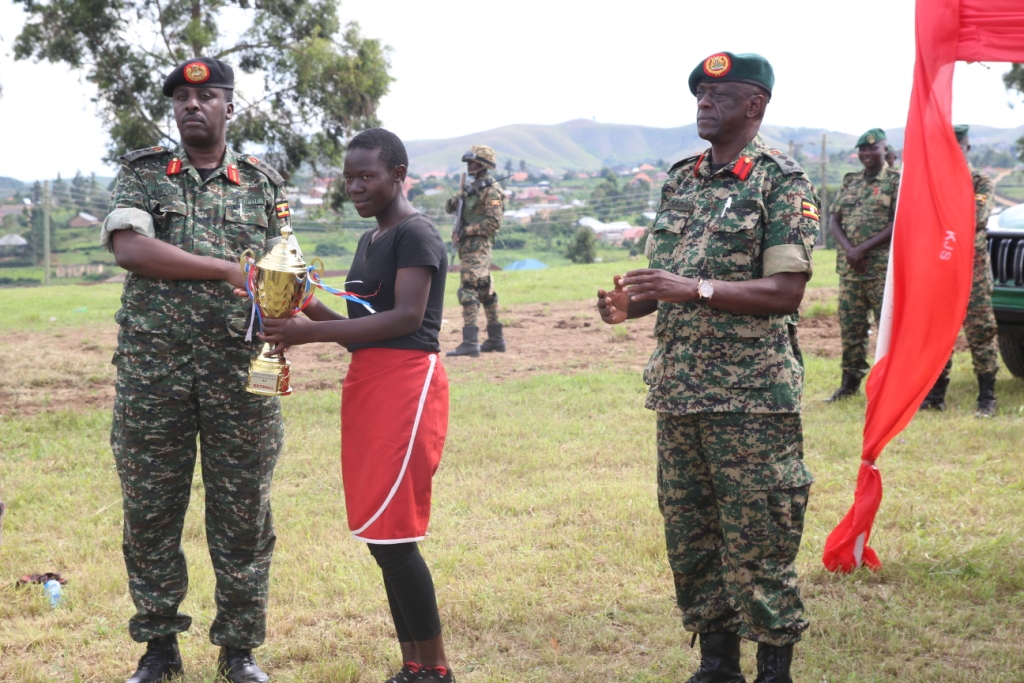 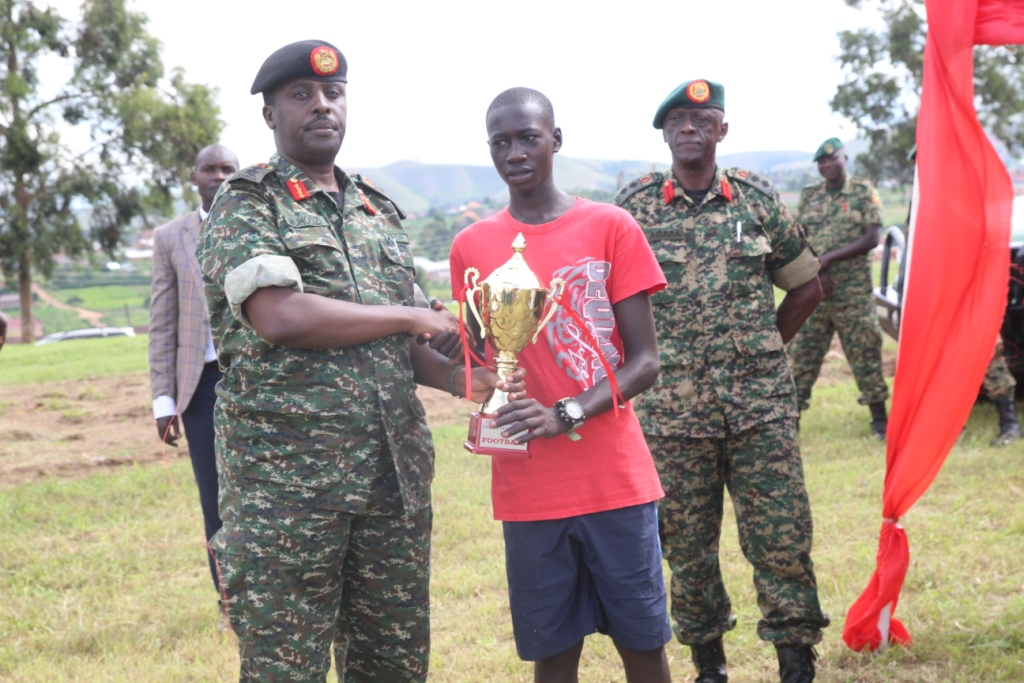 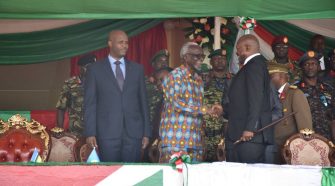