It was fun and exciting on Sunday for the kids and parents that graced the Green Festival at the Kololo independence grounds.

The turn up was impressive and nothing could hold back the little ones from having the time of their life.

The fun filled festival that is slowly turning into a family picnic attracted hundreds of families as children mingled and played throughout the day.

It is organised by Little Hands Go Green, an initiative aimed at an aim of conserving the environment through planting trees.

Children use the annual event inspire not just their agemates by the old folk as ambassadors of conserving the environment. Free fruit trees are also given out to participants as a way of multiplying the fast dwindling tree cover.

But beyond the message of green, there was rich entertaining by artistes Levixone, Tip Swizzy and Kabako.

“Lets dedicate Uganda in the hands of God and continue to pray for Bobi Wine,” Levixone shouted as he drew more attention from parents and kids alike who shortly hit the stage.

Without further mention, after his perfomance it was Kabako’s turn to steer up the crowd. His margical power on stage and running in all direction would make you think he was going to crush some of the kids off stage.

Hoever his perfomance was cut short when he paused to give out freebies from Harris International, who were among the sponsors. Kids could be seen ganging around him on stage and snatching all the bottles.

A lot of fun filled activities including bouncing castles, facepainting, computer aided games, swiming and paint ball shooting where lined up for thse who feared to roam near the stage.

Through the Little Hands Go Green movement, Masembe has made outreaches to schools and other learning institutions to encourage and educate students about the importance of conserving the environment.

The idea is to get these students, who are the custodians of the planet in the years to come, to plant as many fruit trees as possible.

SoftPower News was at Kololo and now presents you the moments in pictures. 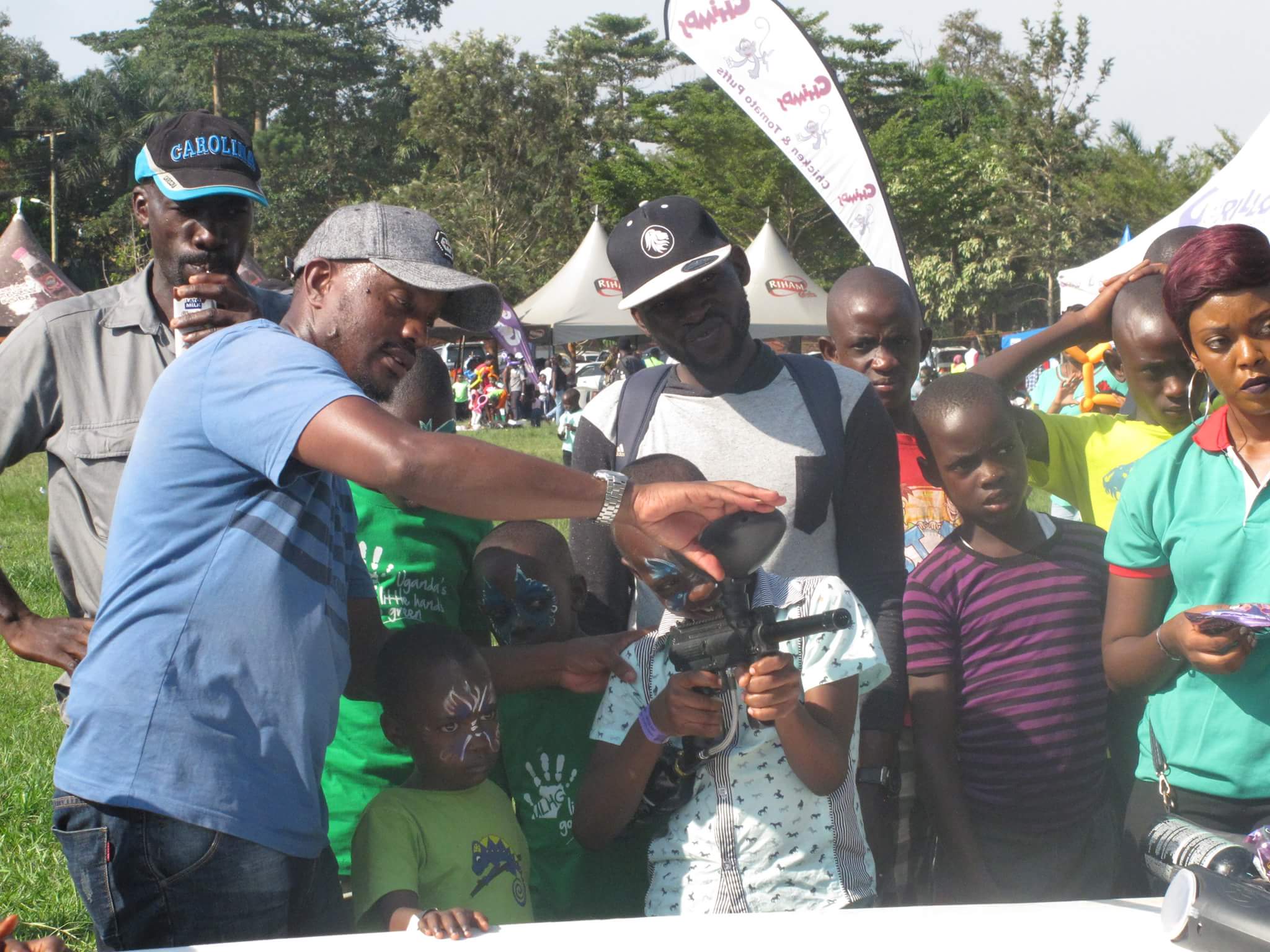 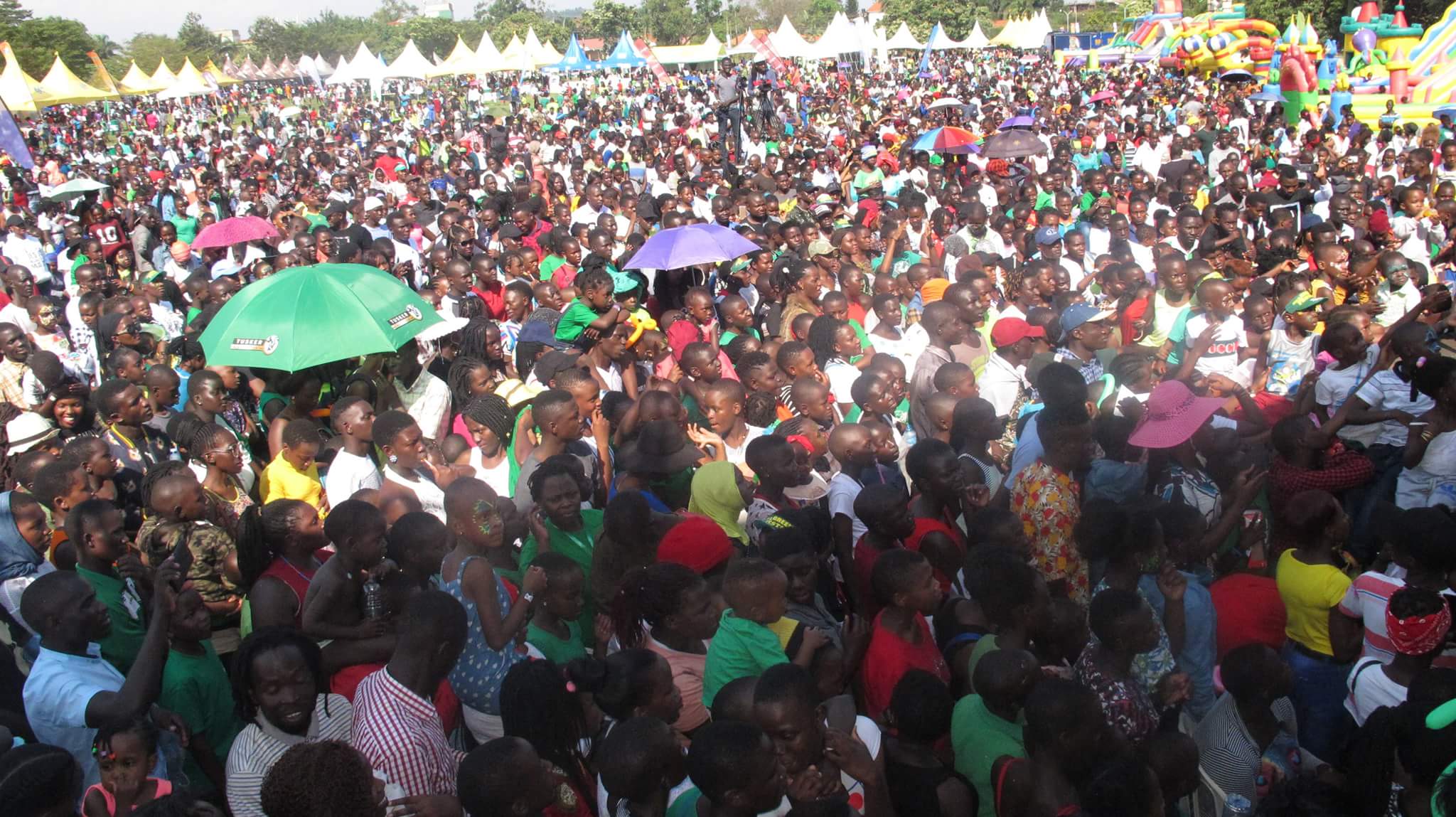 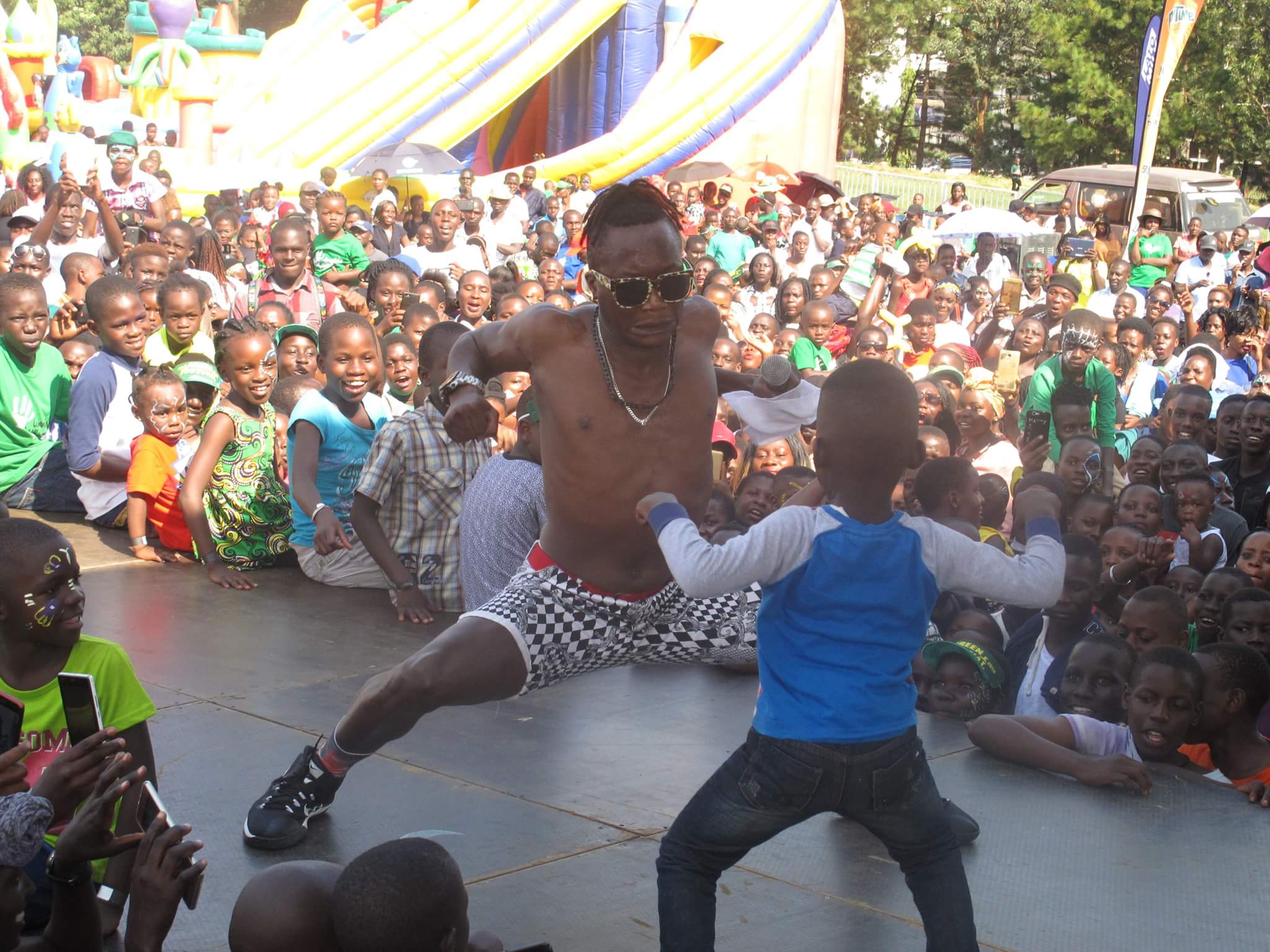 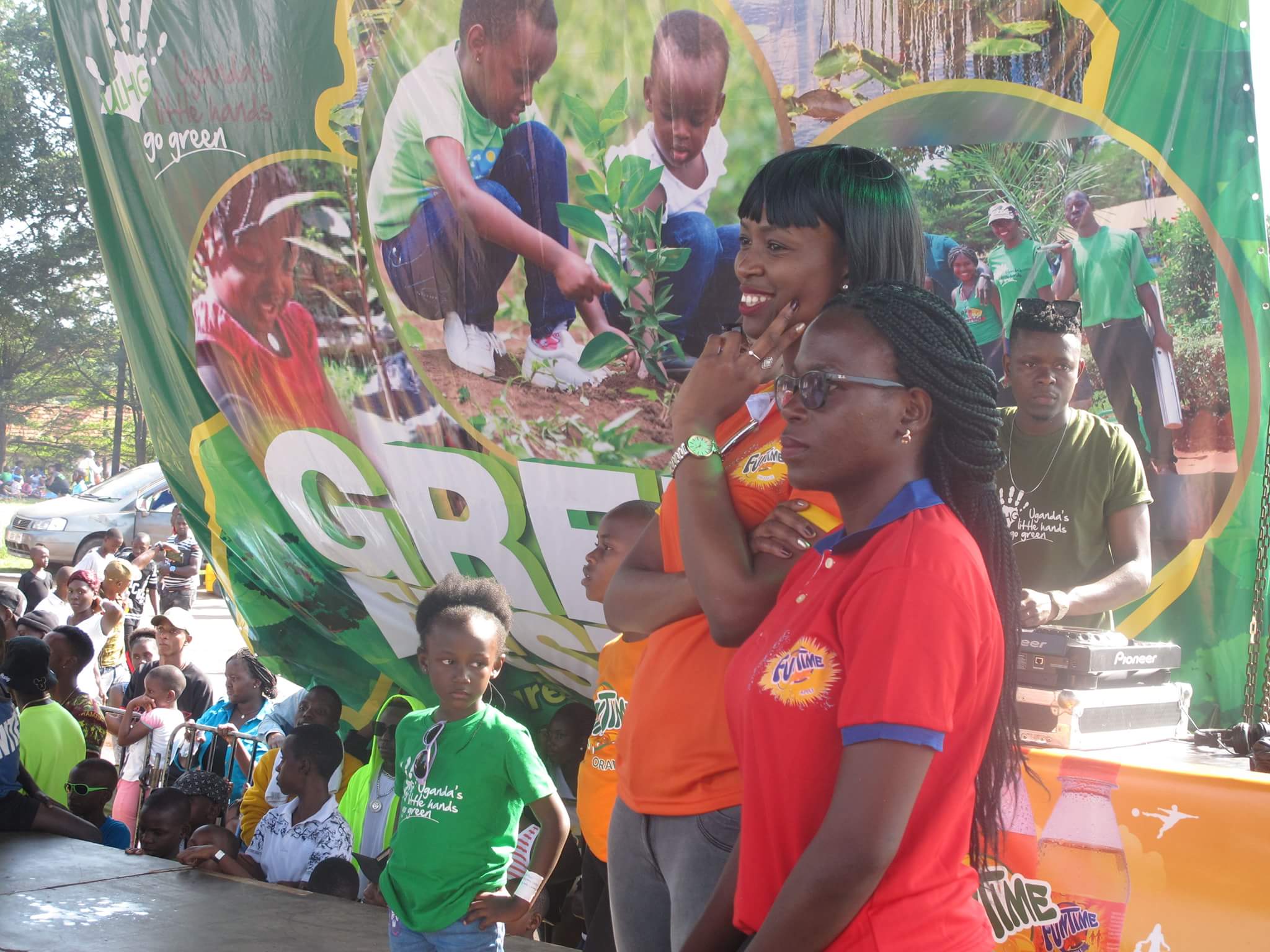 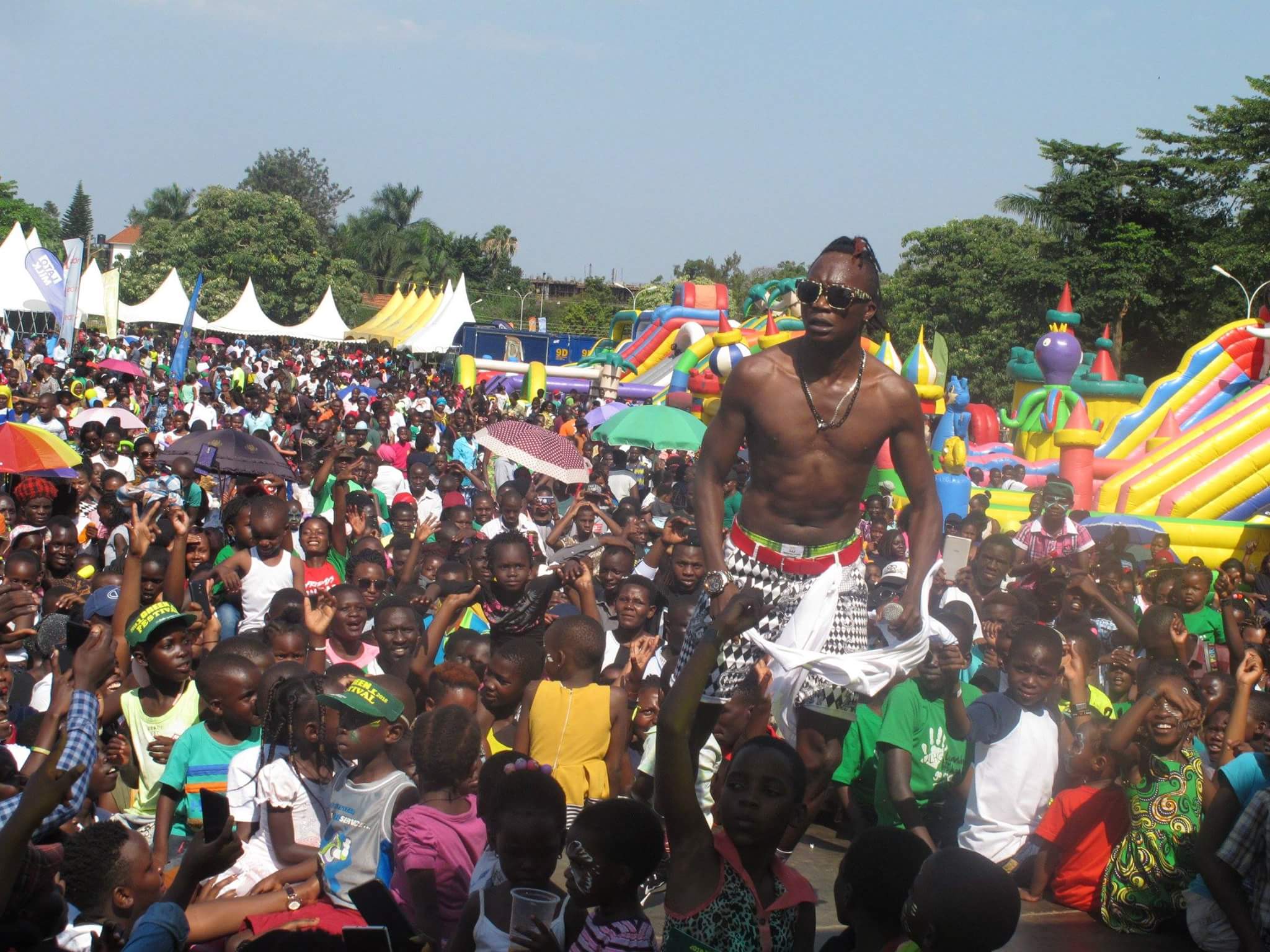 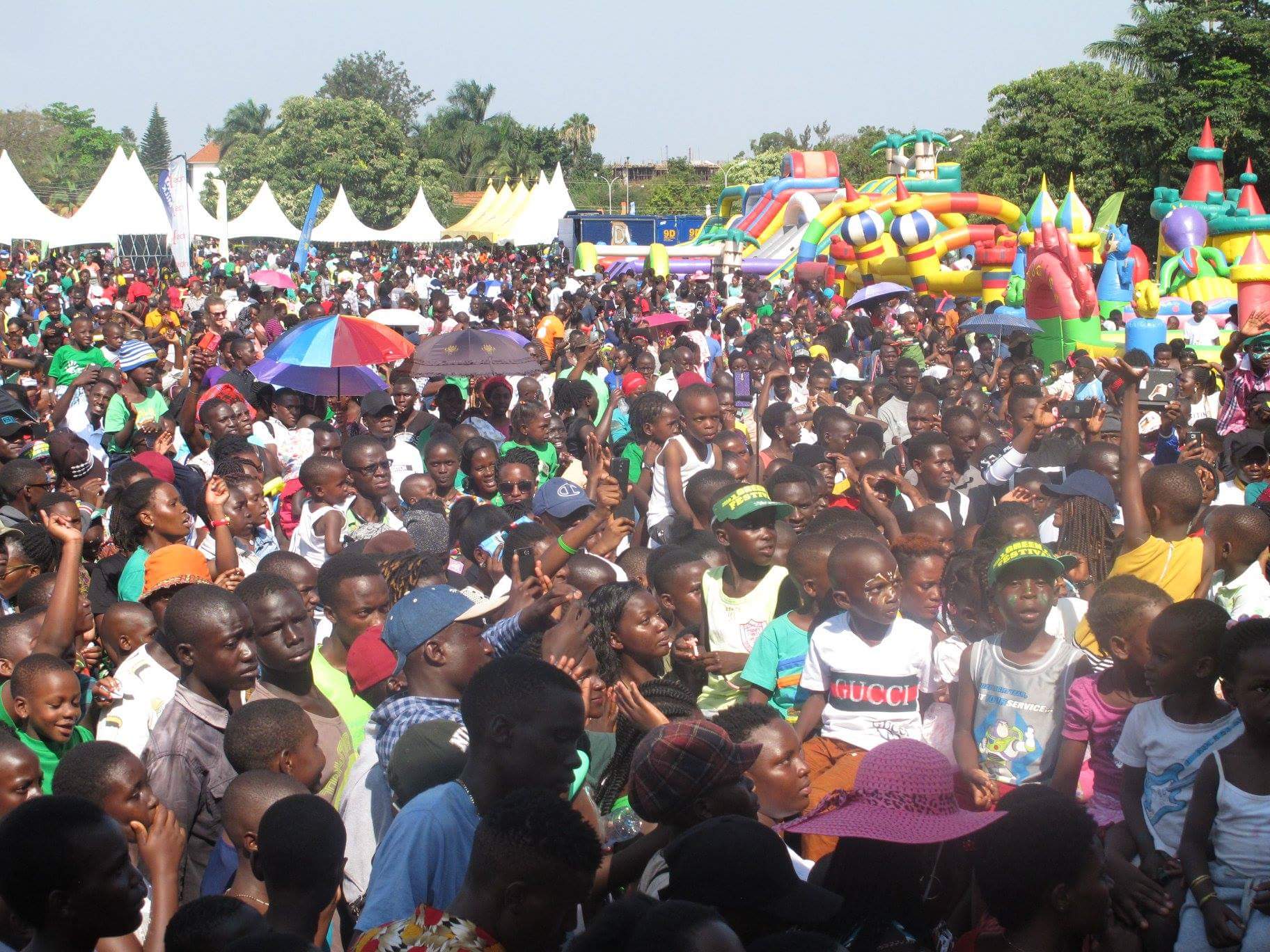 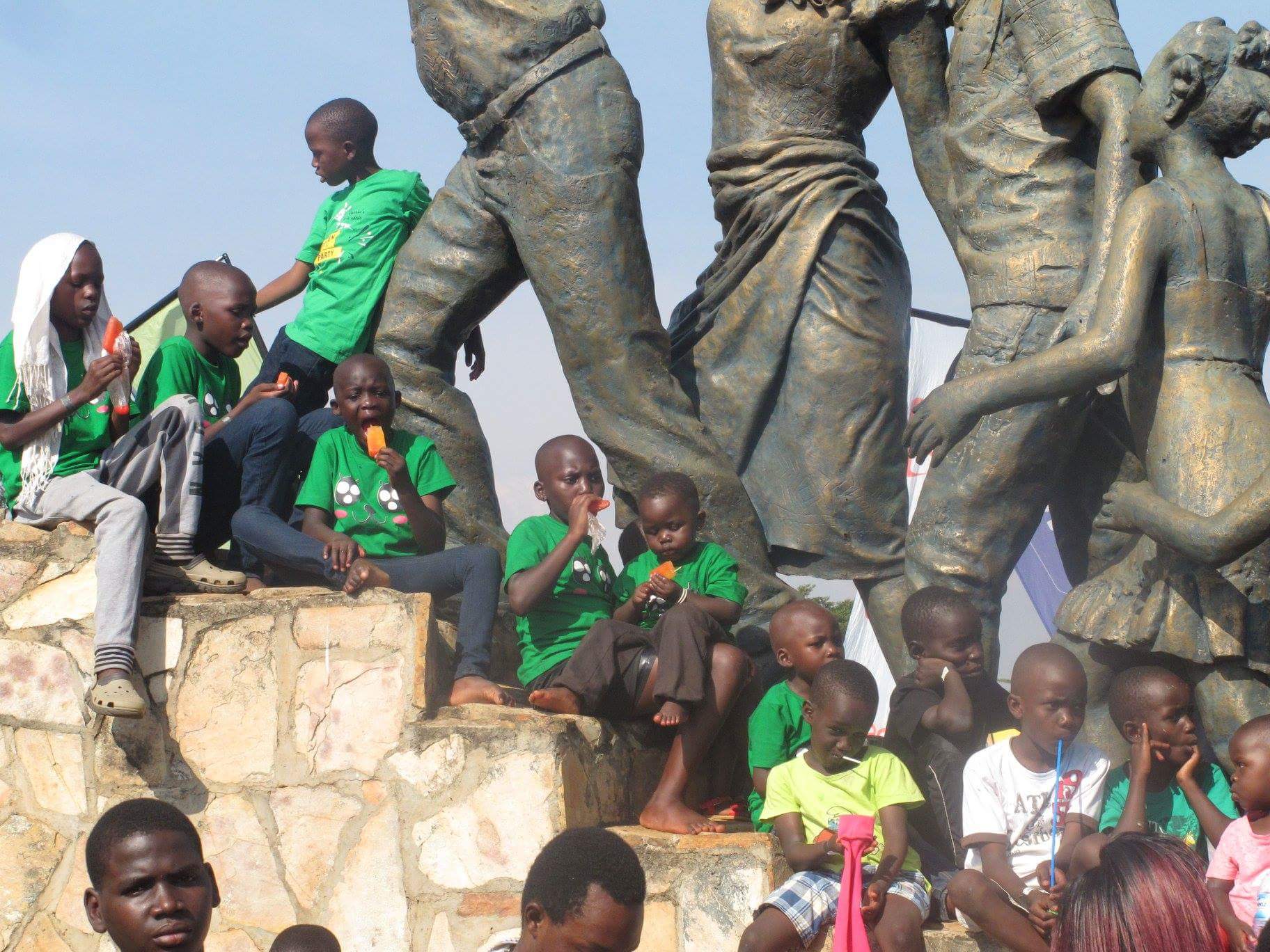 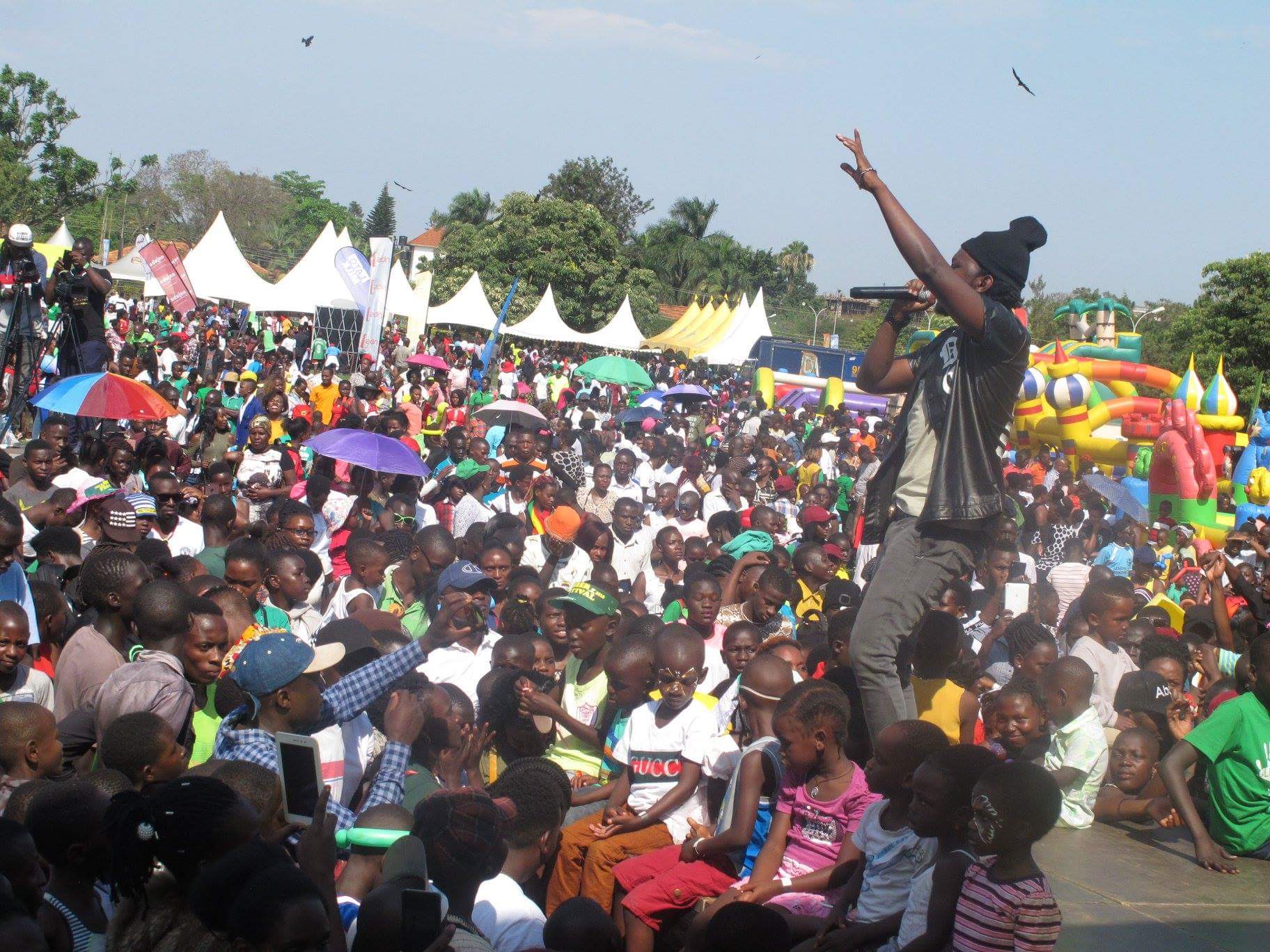 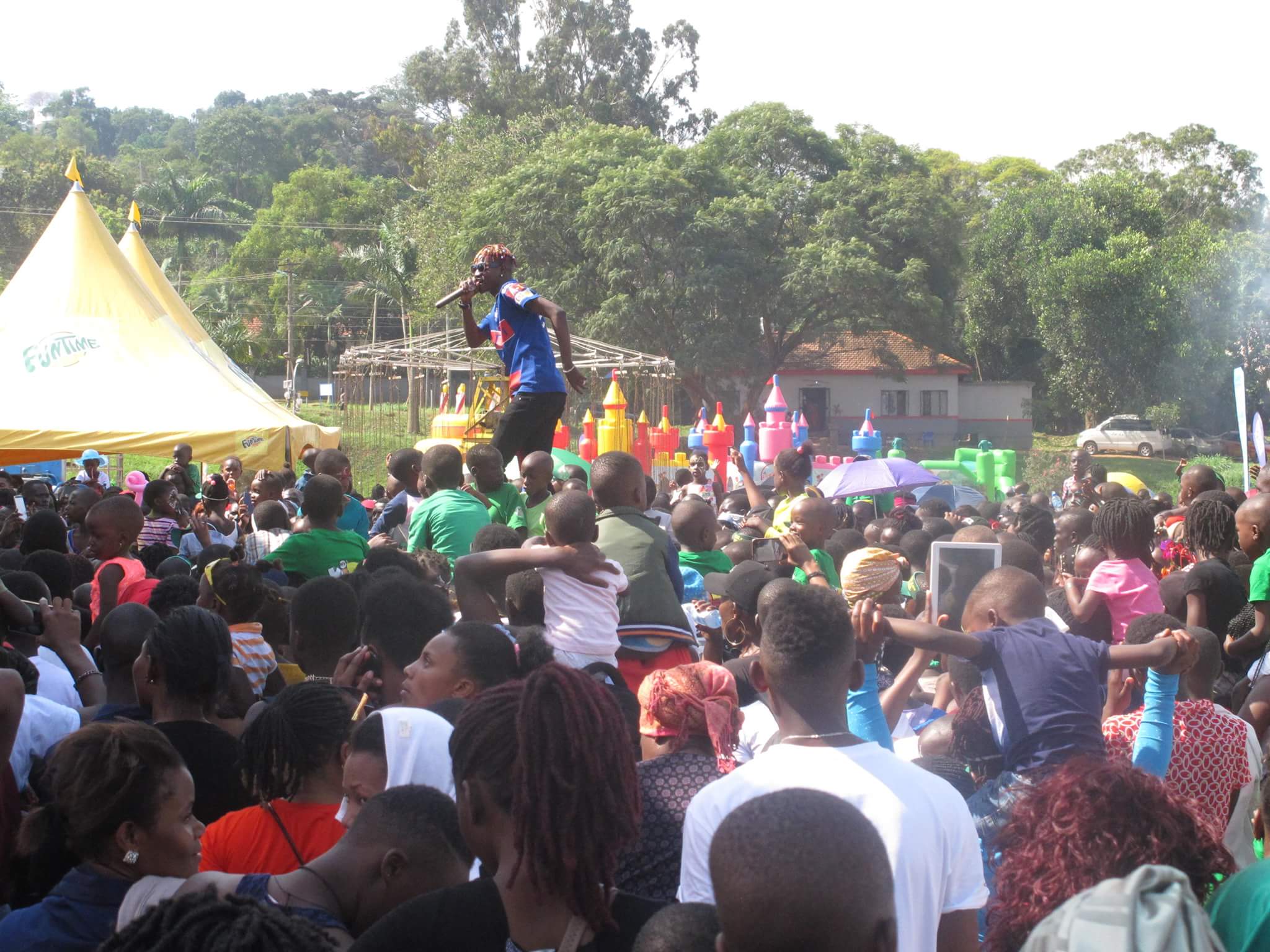 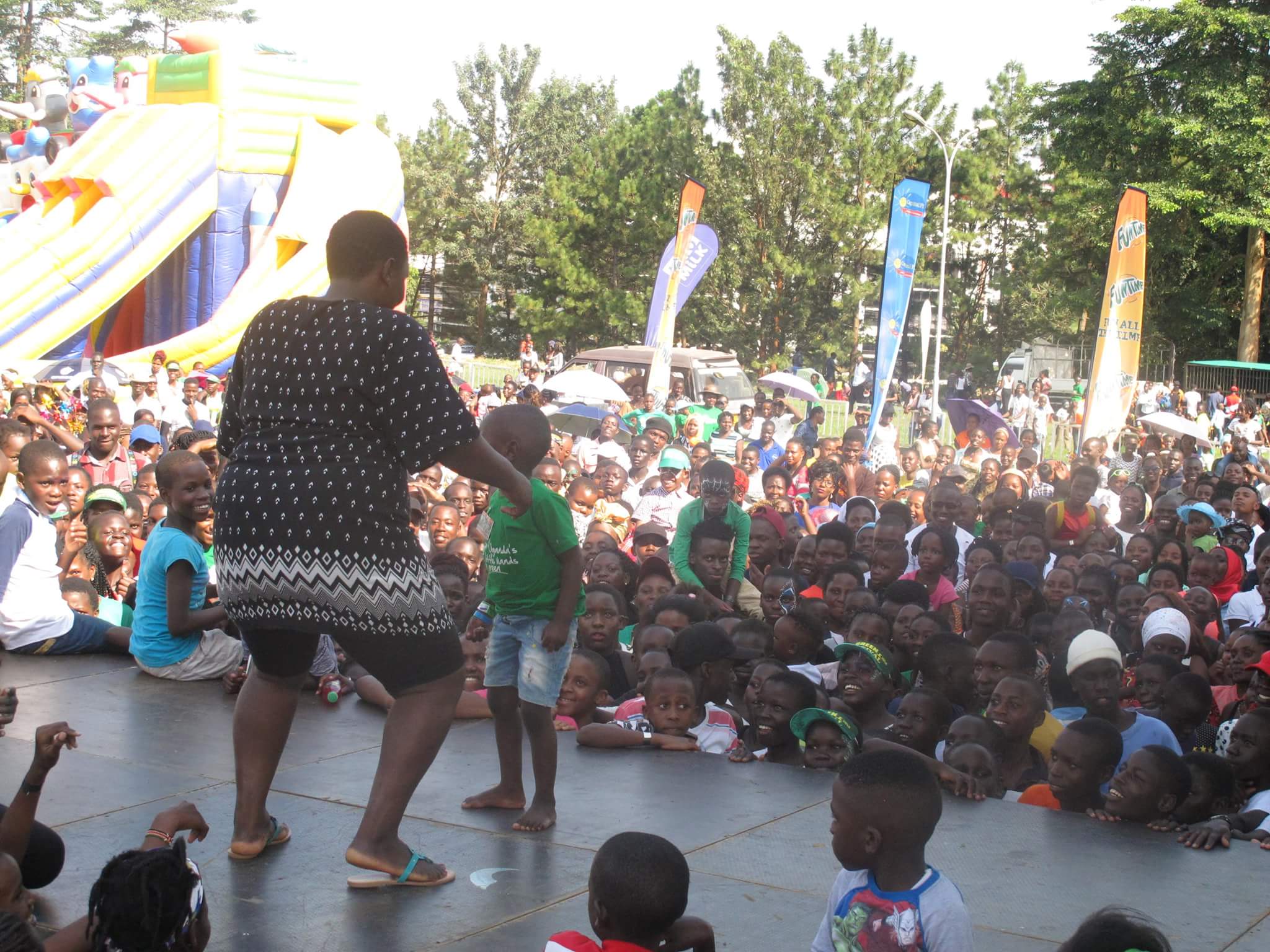 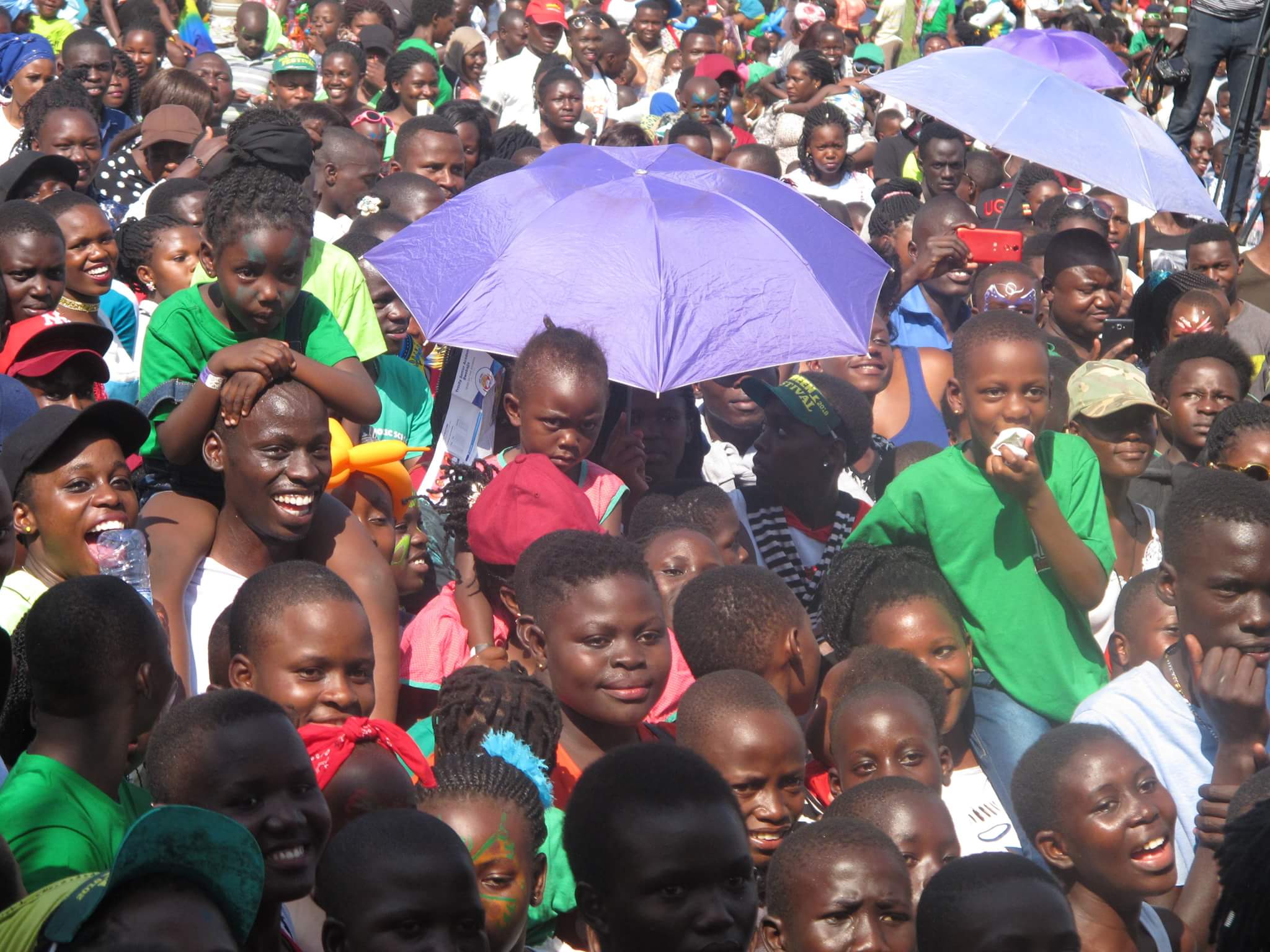 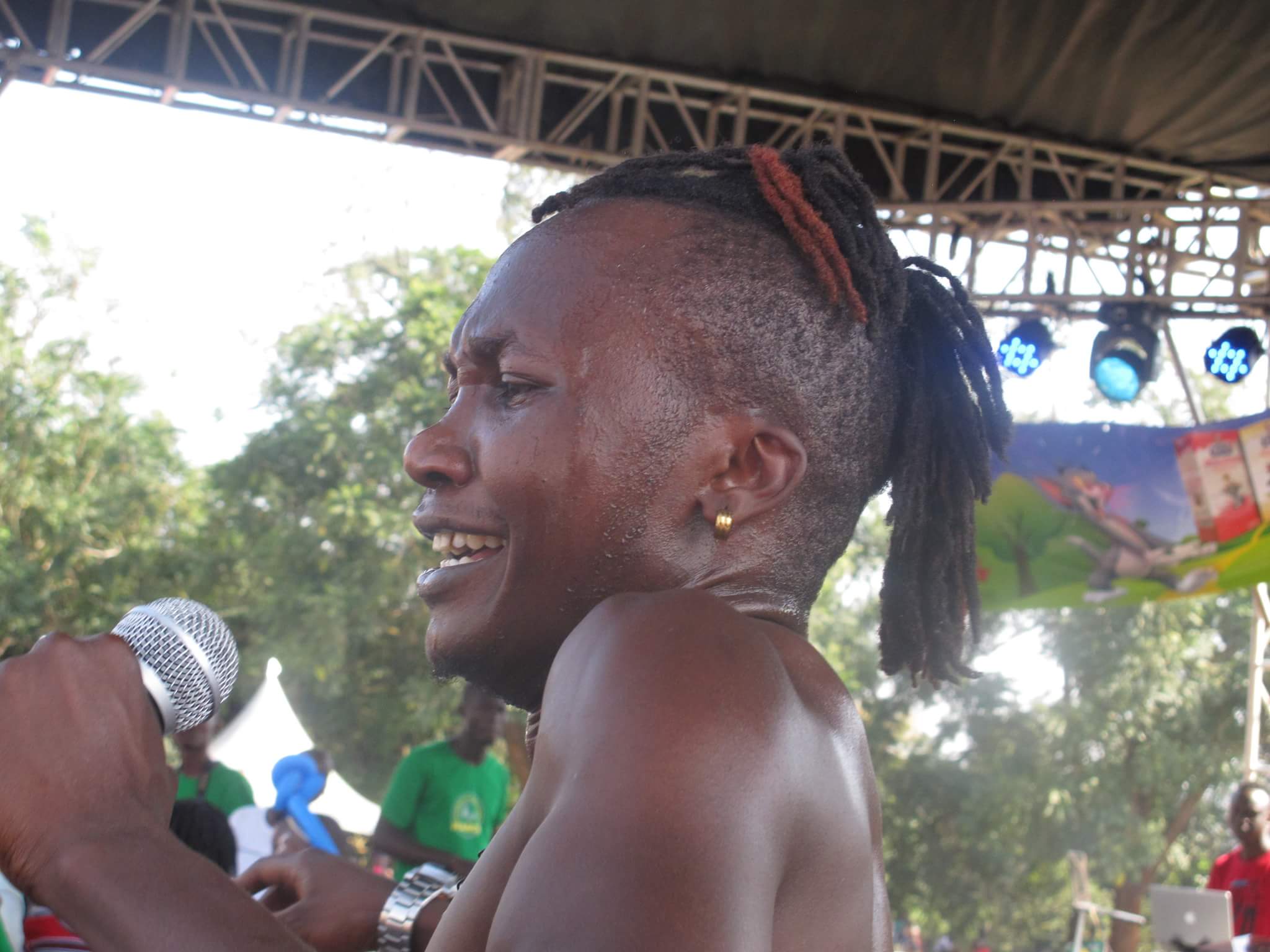