Celebrated stand-up comedian, Bright Okpocha alias Basketmouth from Nigeria has arrived in Uganda for yet another show.

Weekly comedy themed show, Comedy Store hosted by Alex Muhangi has over the las few weeks been advertising that Basketmouth will be headlining their show this week August 15 at UMA in Lugogo.

The comedian popular for his “Two Things Involved” joke touched down at Entebbe International Airport on Wednesday morning at around 2:20am aboard Kenya Airways. He is accompanied by fellow Nigerian comedian, Buchi who will also be performing on Comedy Store.

In an interview on arrival, Basketmouth, 40, promised to give 100 percent.

He says the comedy industry in Uganda is on an upward trajectory, evidenced by the fact that each time he comes, he notices there is new talent.

“Each time I have been here to Uganda, there is a new kid – there’s one new comedian that is running things. Back in the day, it used to be just Salvado but then I met you and some other guys and they are all good.  And that’s how it was in Nigeria until it got stable”.

“I like the speed of the growth and I like the fact that humour is celebrated. You have a comedy gig like every week which is great”.

To the aspiring comedians, he advised that they focus on originality.

“You don’t have to be me. Be you. Use me as a guide but not a target. Be original and you’re gonna be better,” he said.

In 2005 and 2006 Basketmouth won the National Comedy Award and the awards for Best Stand-up Comedian of the Year.

He has organized popular stand-up comedy concerts like Basketmouth Uncensored across the globe.

He appears in the Africa Magic drama series ‘My Flatmates’.

HE'S IN THE COUNTRY!
Funny man from Nigeria 🇳🇬 @Basket_Mouth and his colleague #BuchiComedian arrived in Uganda 🇺🇬 today ahead tomorrow show.

They had a few moments with our very own @AlexMuhangi and of course Jokes were cracked. See the smiles.#comedystoreug #BasketMouthInUG pic.twitter.com/sYrJNJiJNx 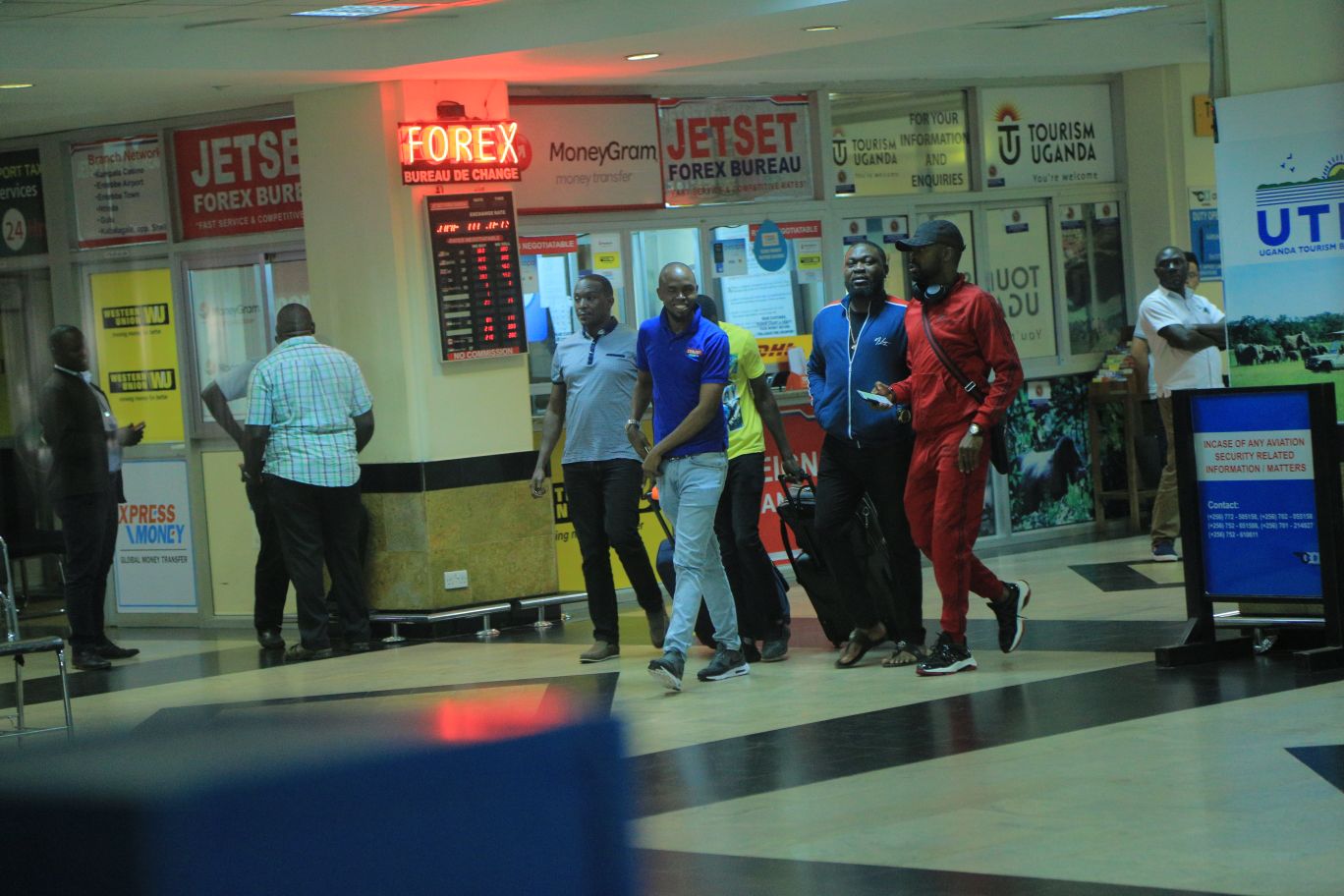 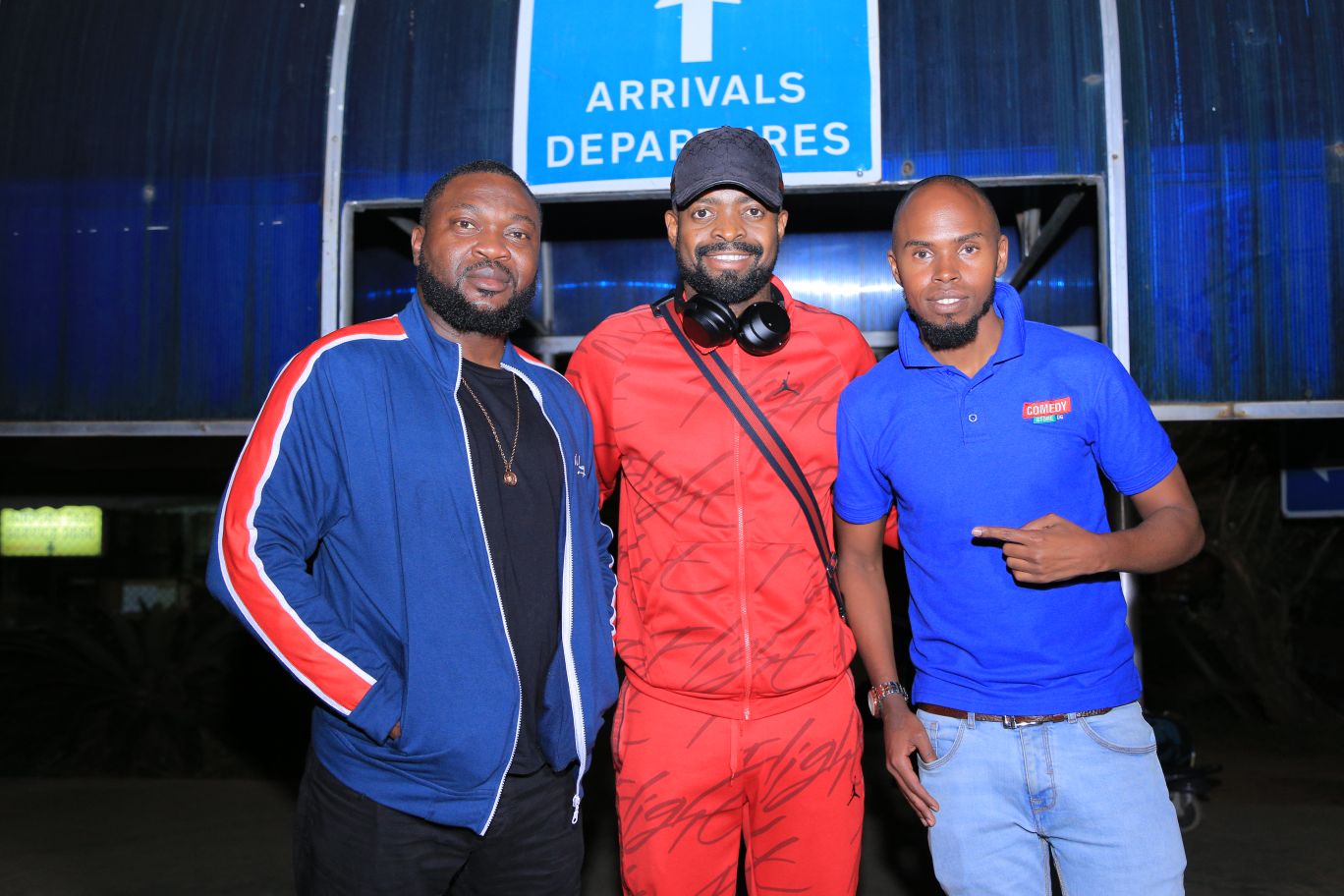 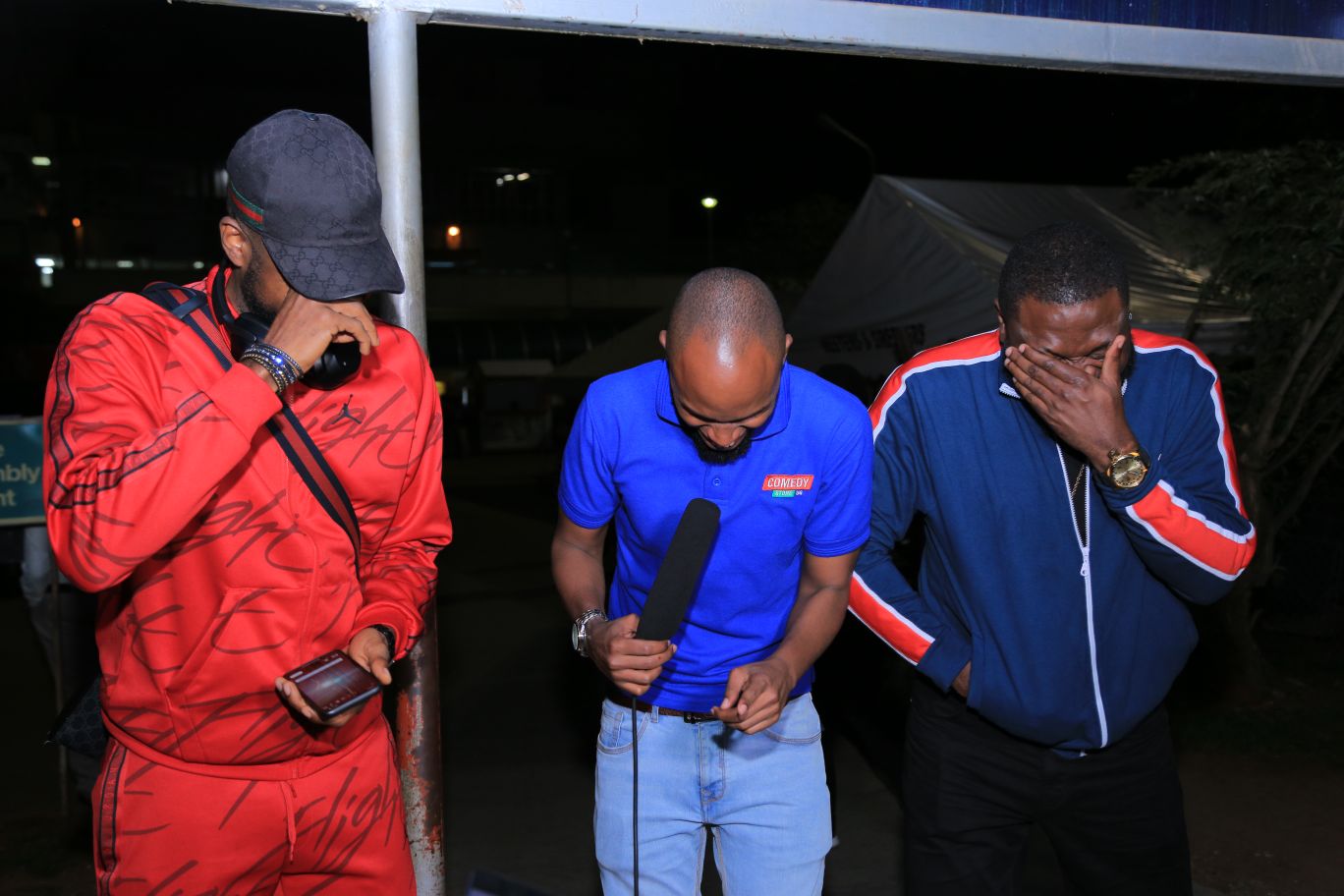 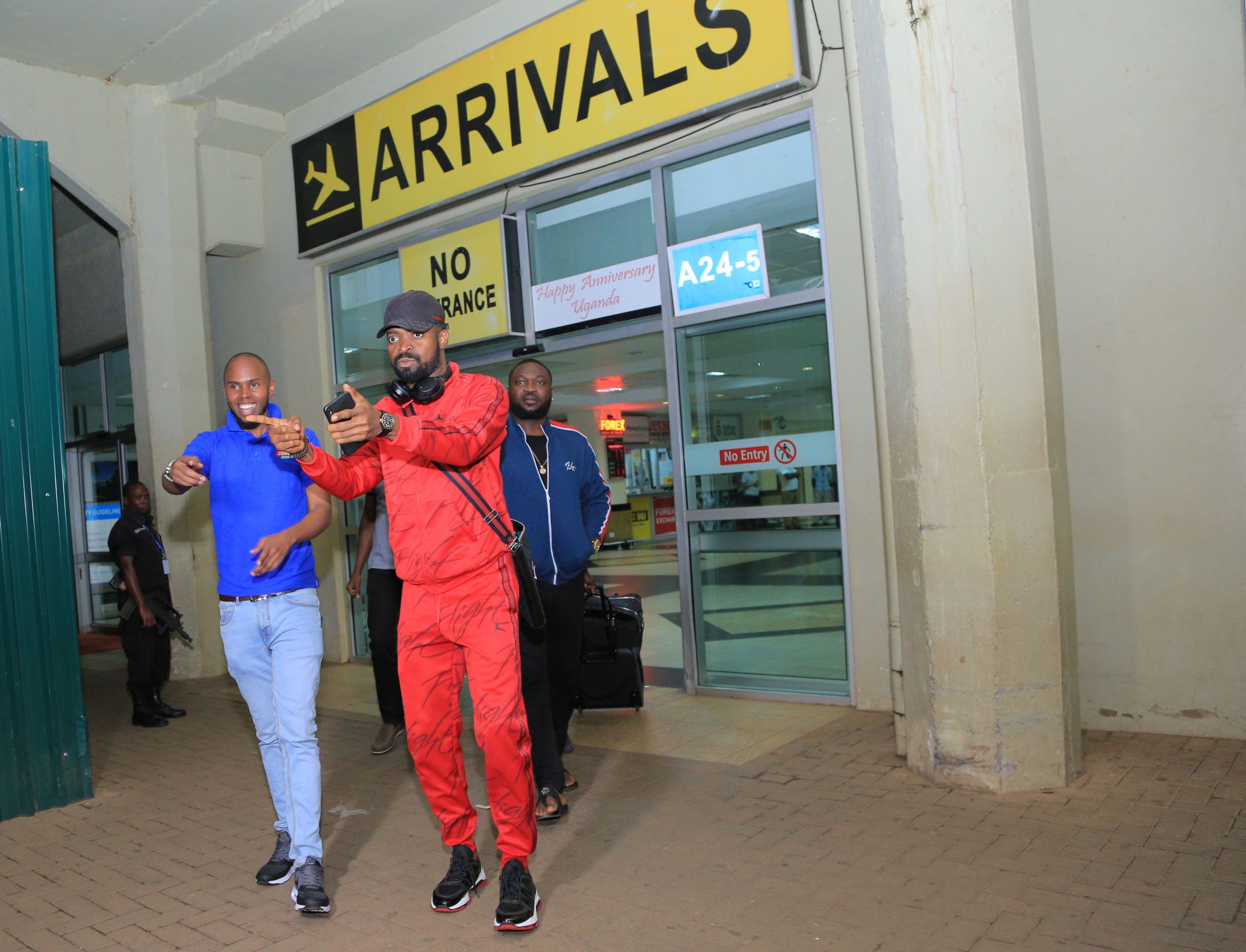 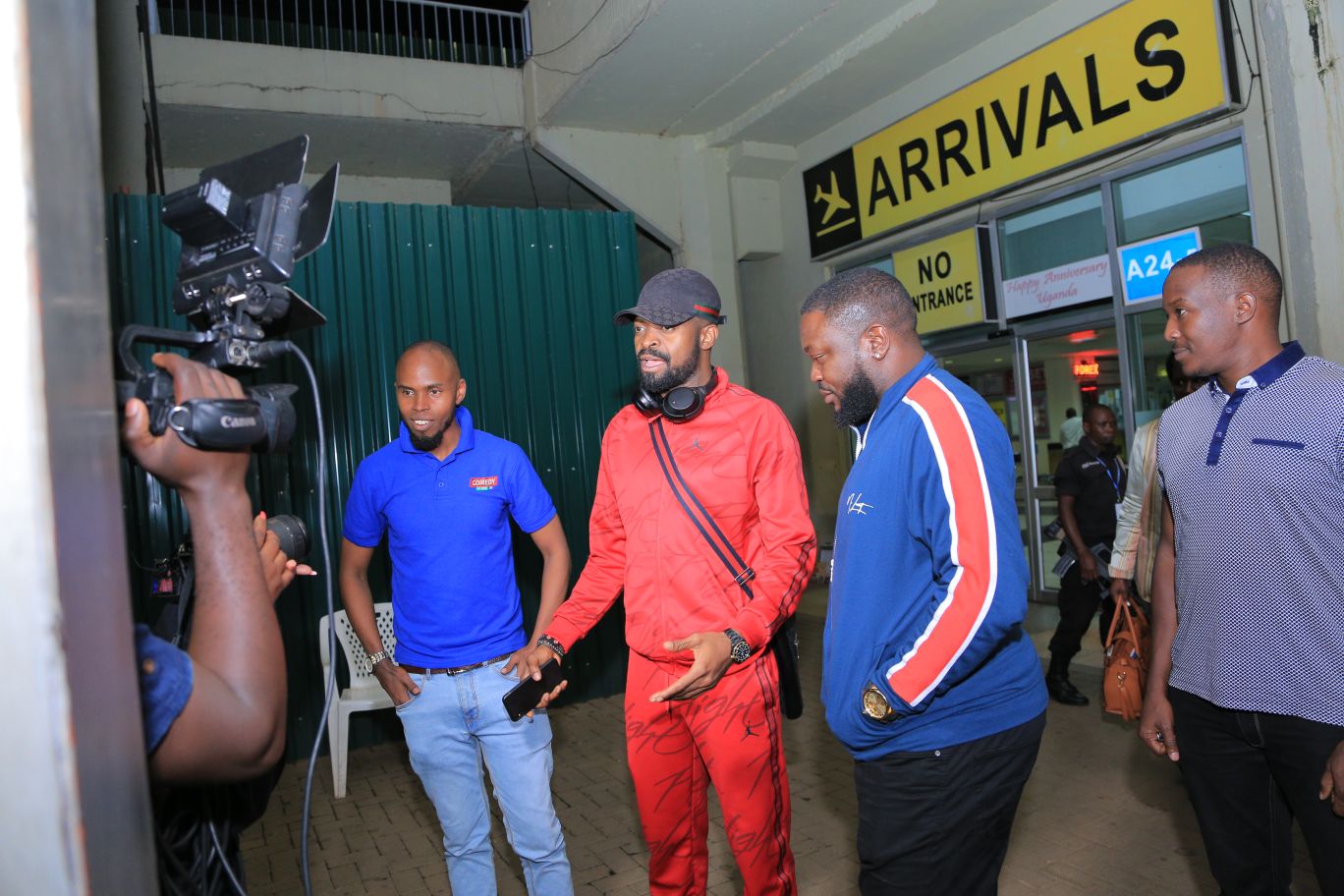 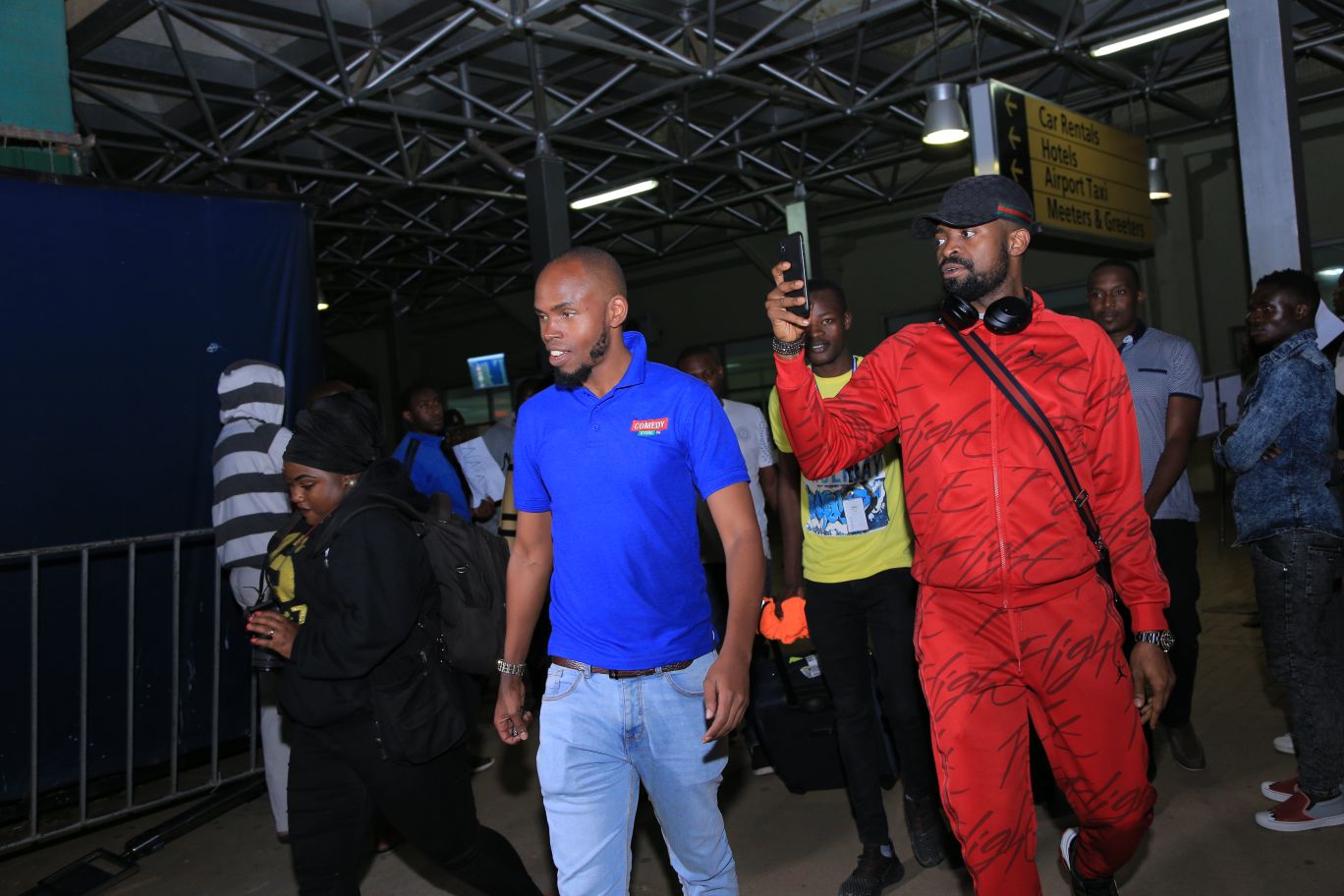 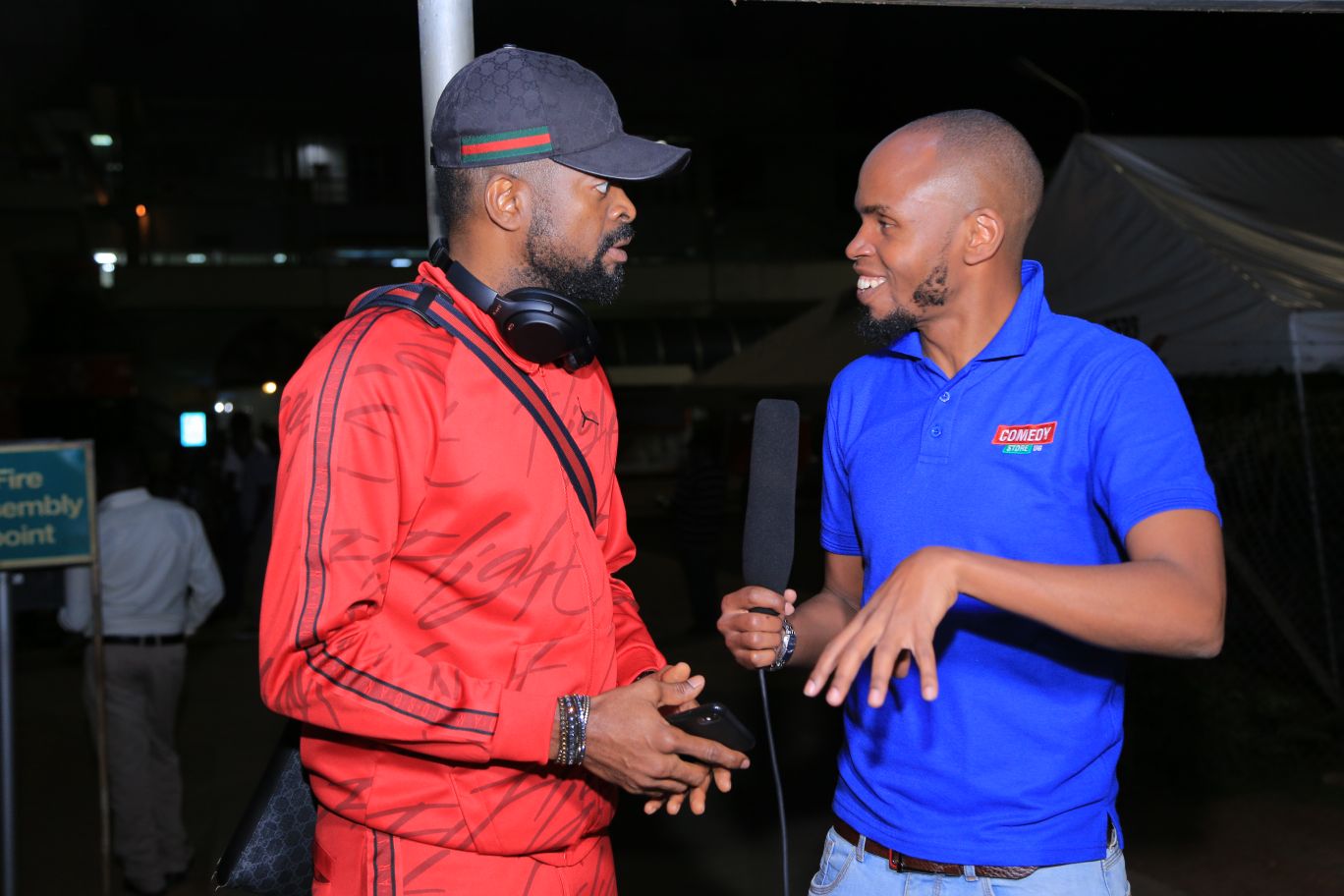 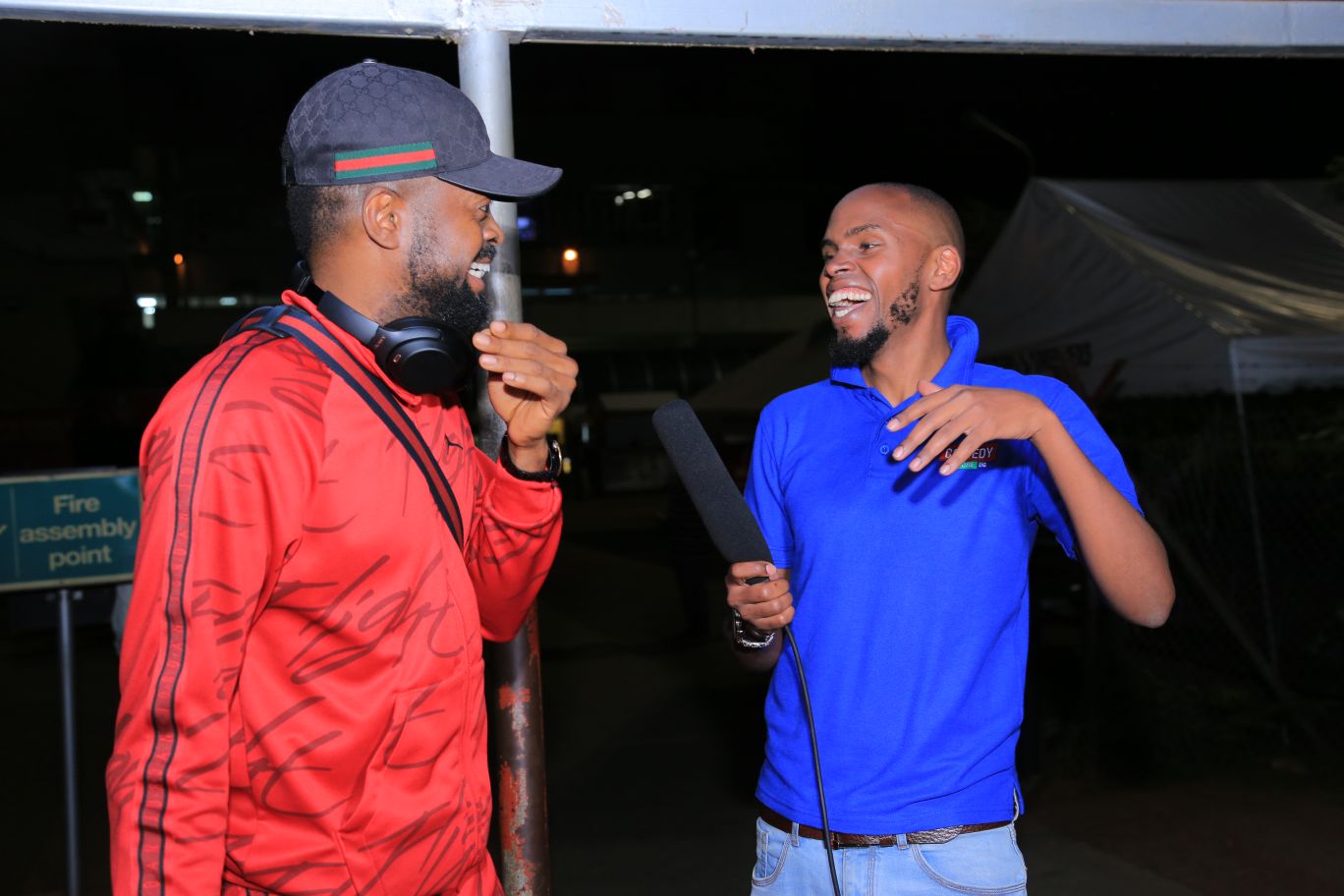 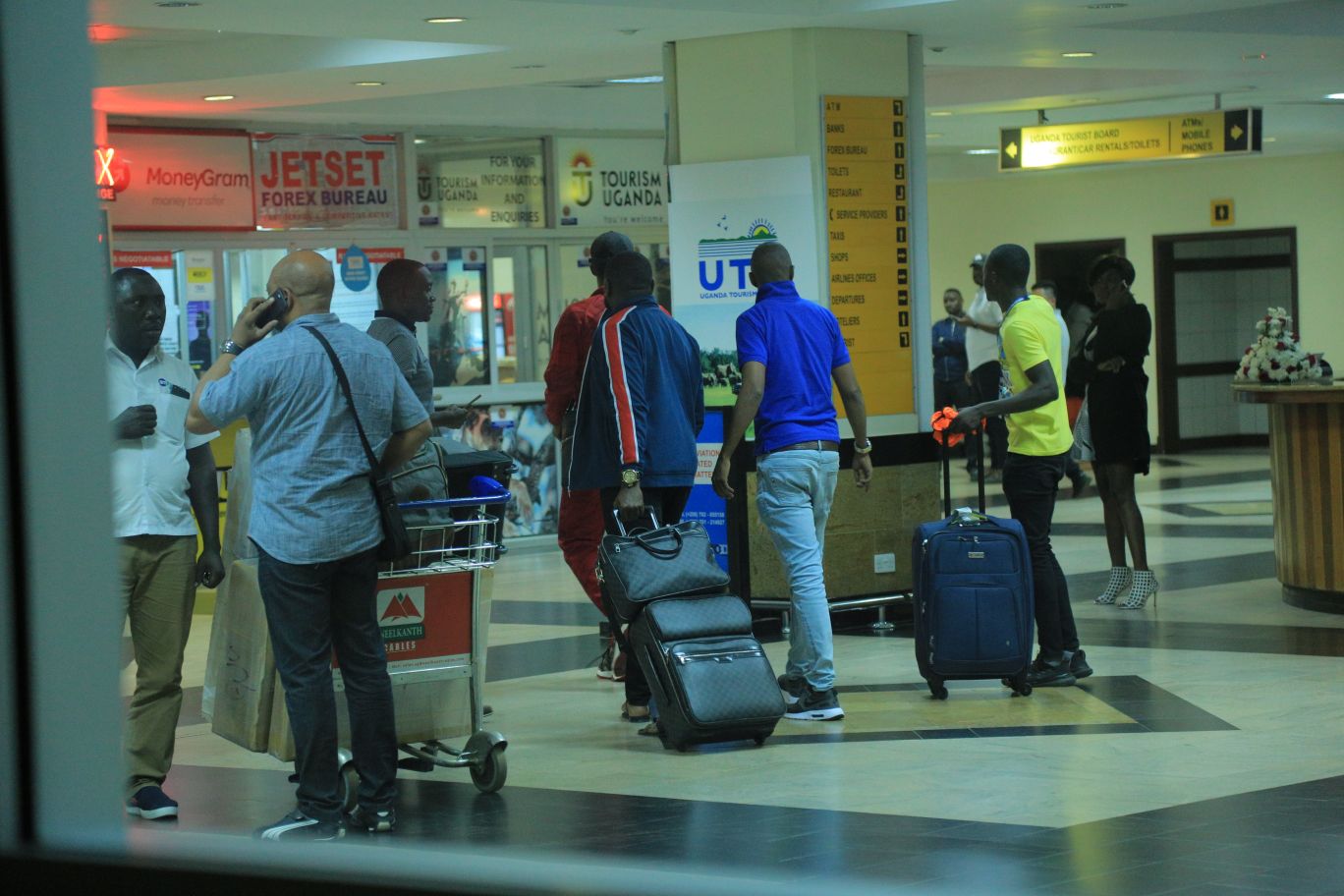 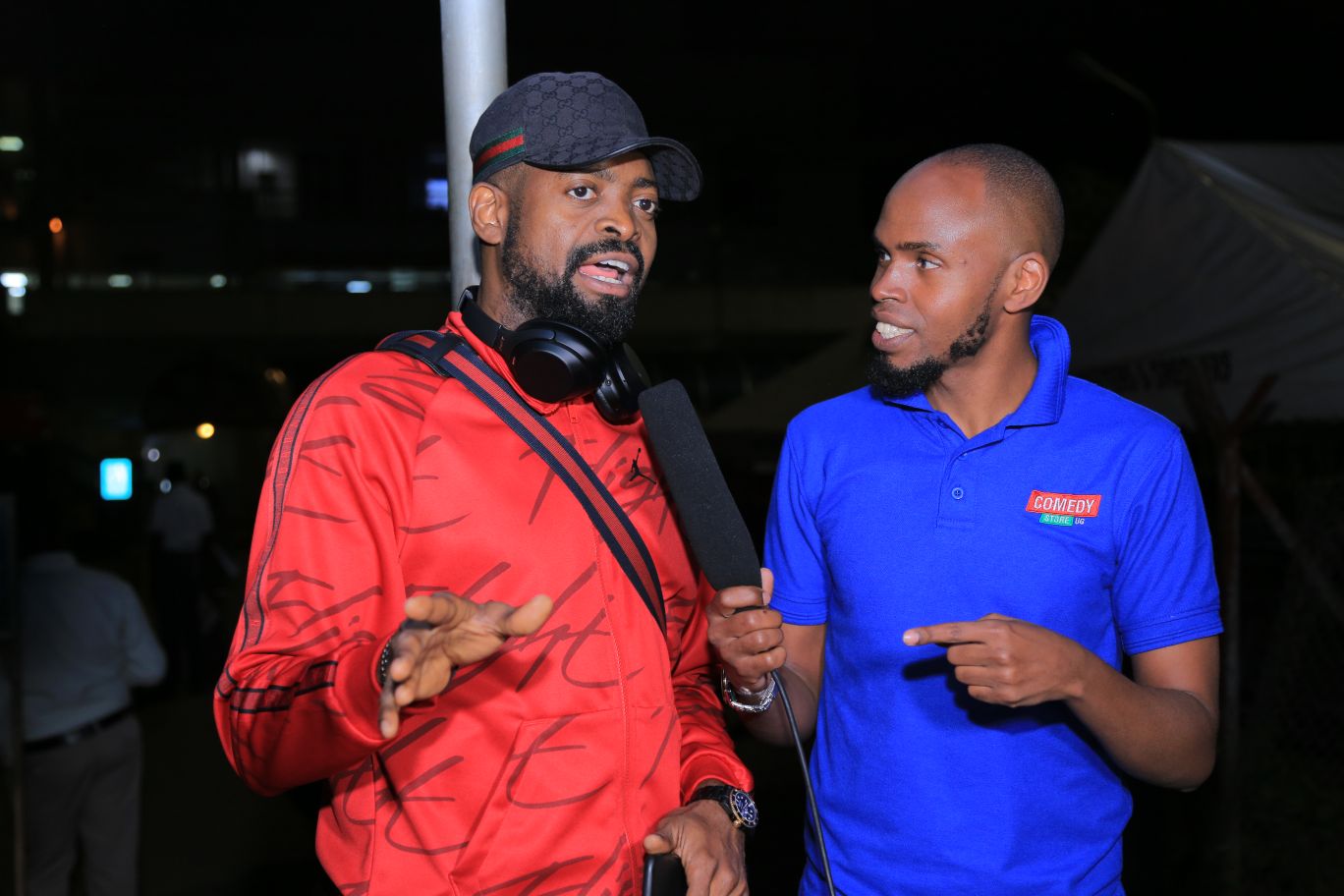 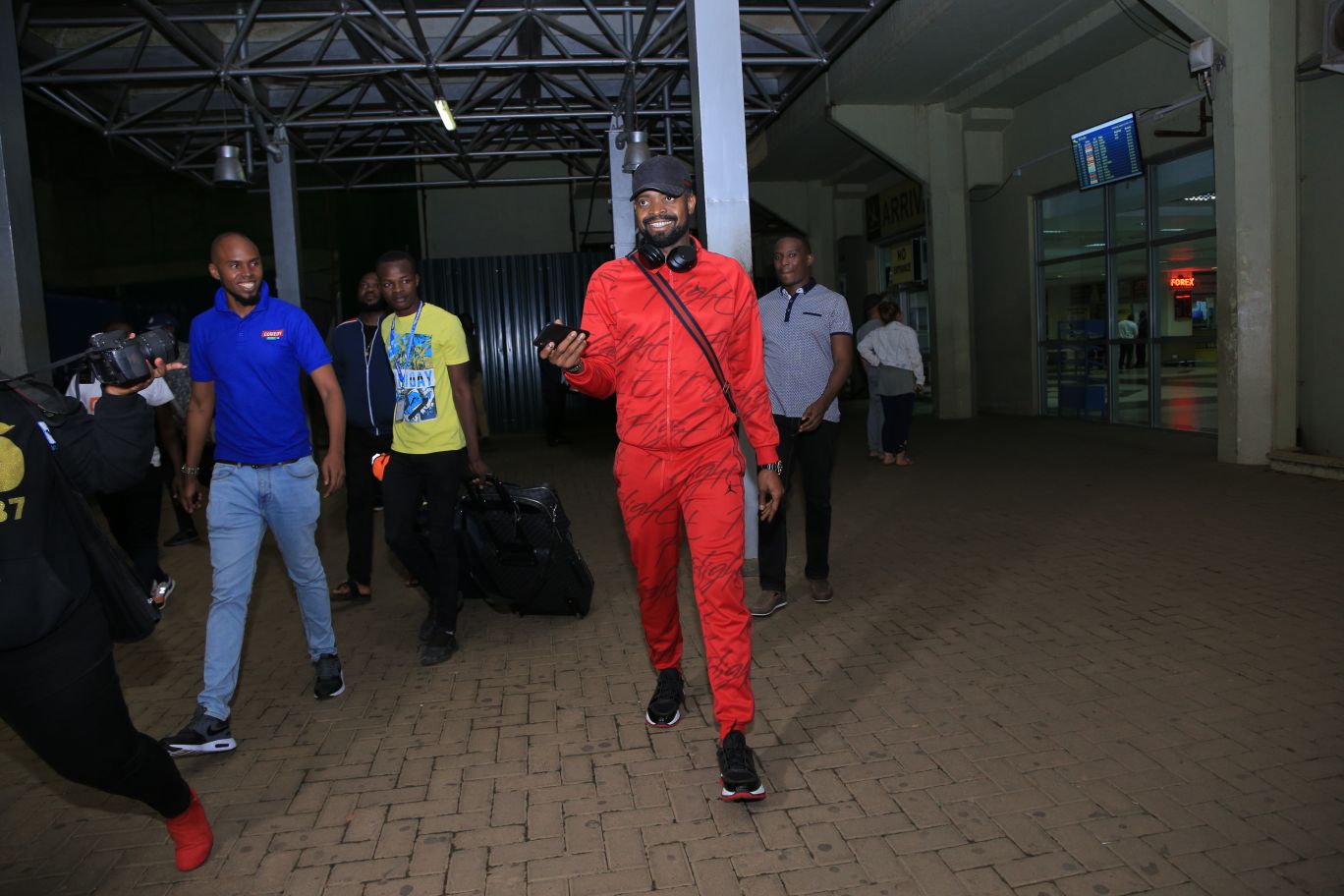 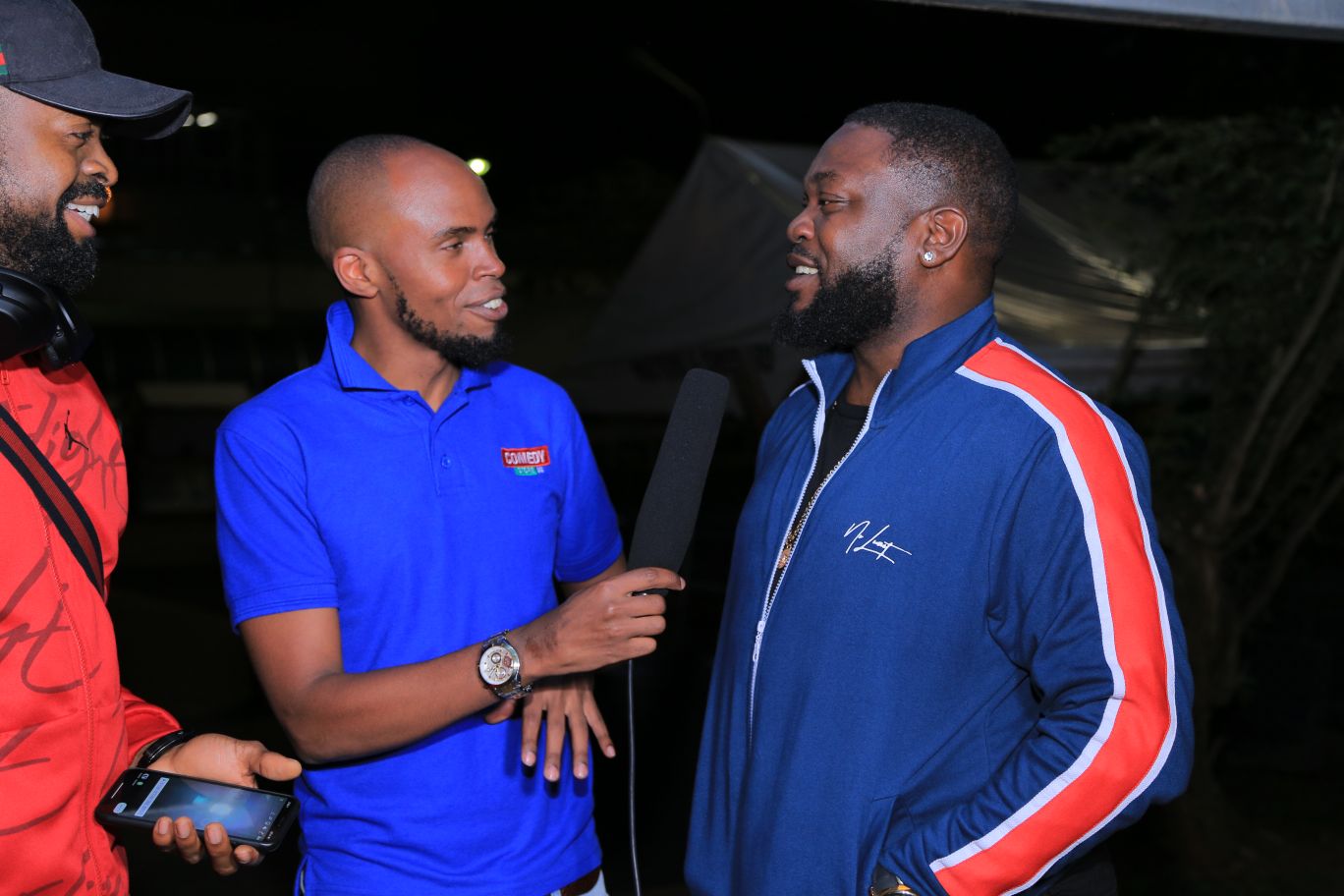 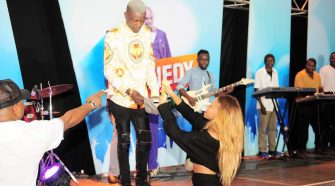