A procession of some of the recently promoted UPDF officers during the pipping ceremony on Tuesday.

The officers of Uganda People’s Defence Forces (UPDF) who were earlier this month promoted to new ranks have Tuesday been decorated at a ceremony held at the Ministry of Defence headquarters in Mbuya.

On February 8, the army announced that President Yoweri Museveni who is the Commander-in-chief had promoted a total of 2,031 UPDF officers elevated to new ranks.

The promotions included Ivan Koreta and Joram Mugume who were elevated to the highest army rank of General.

On Tuesday, the officers accompanied by their spouses and children were announced, their profiles read out by the master of ceremonies before they were decorated with their new ranks. 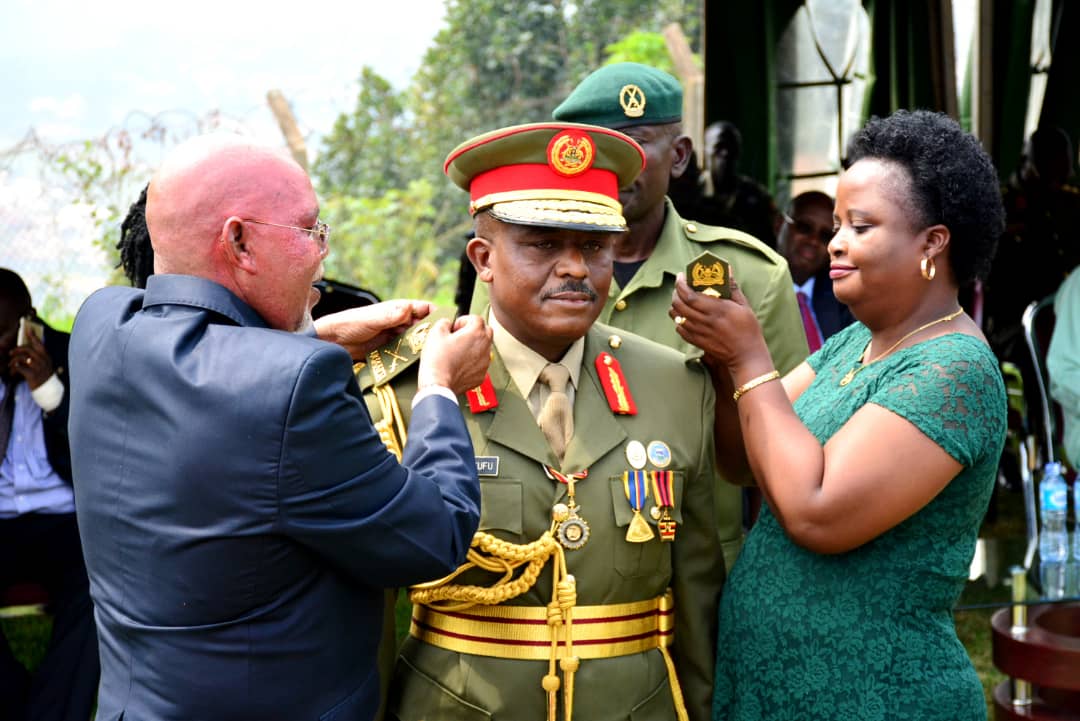 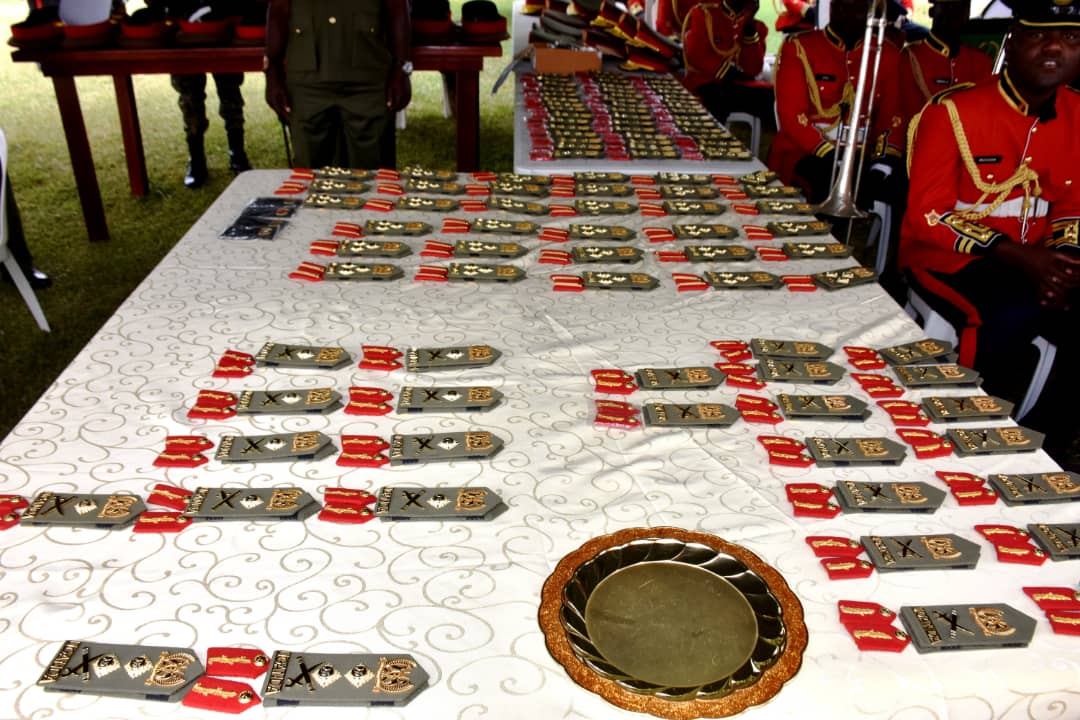 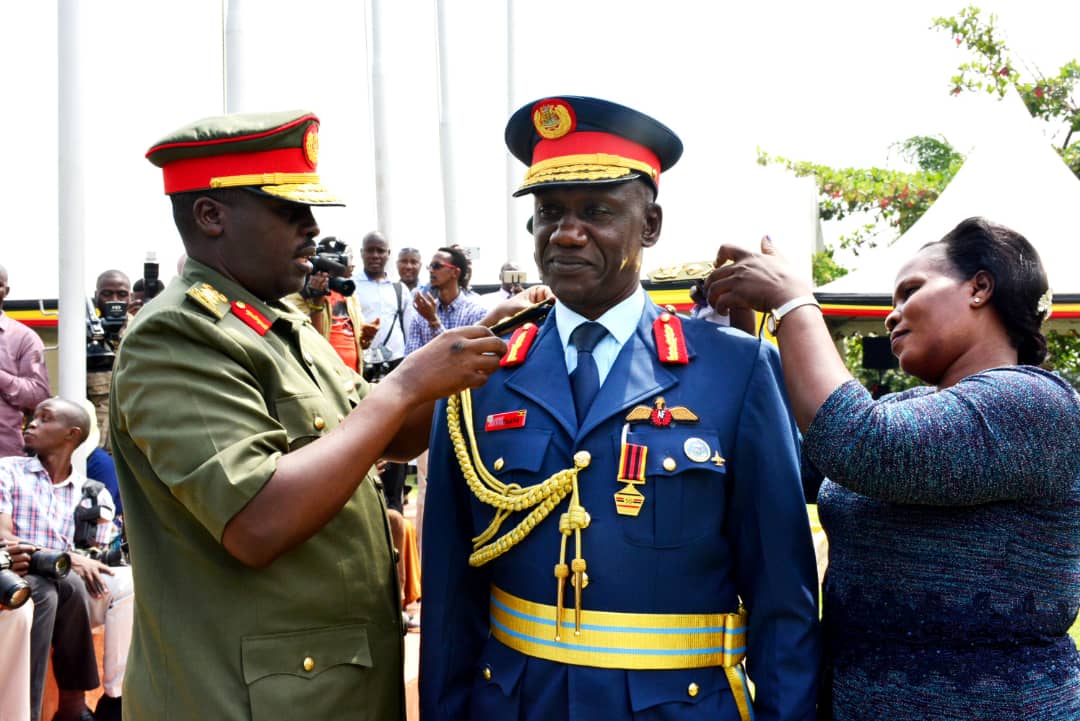 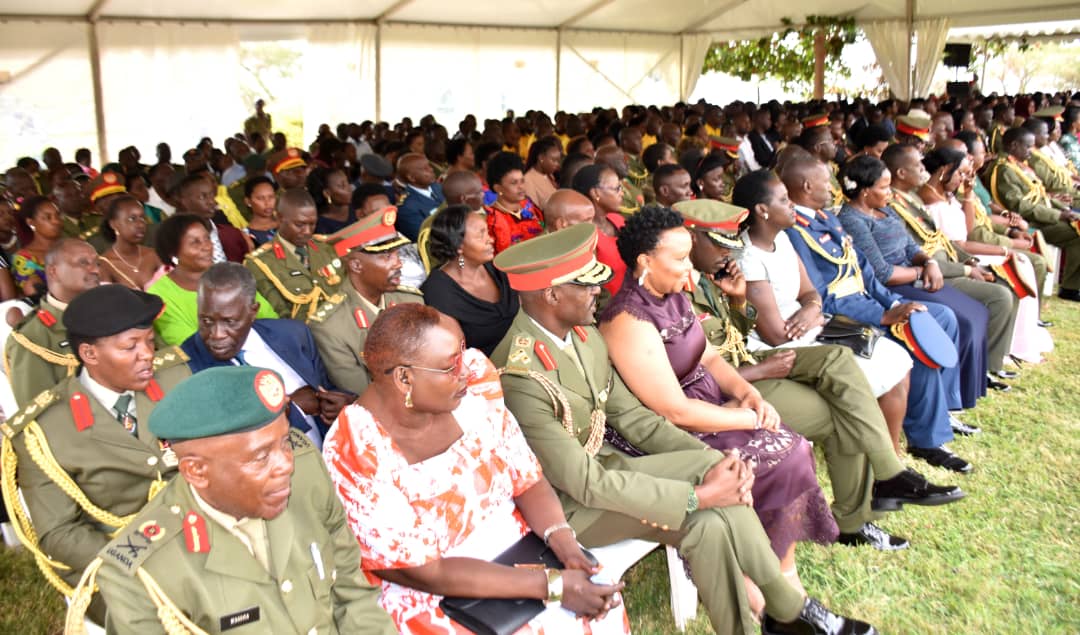 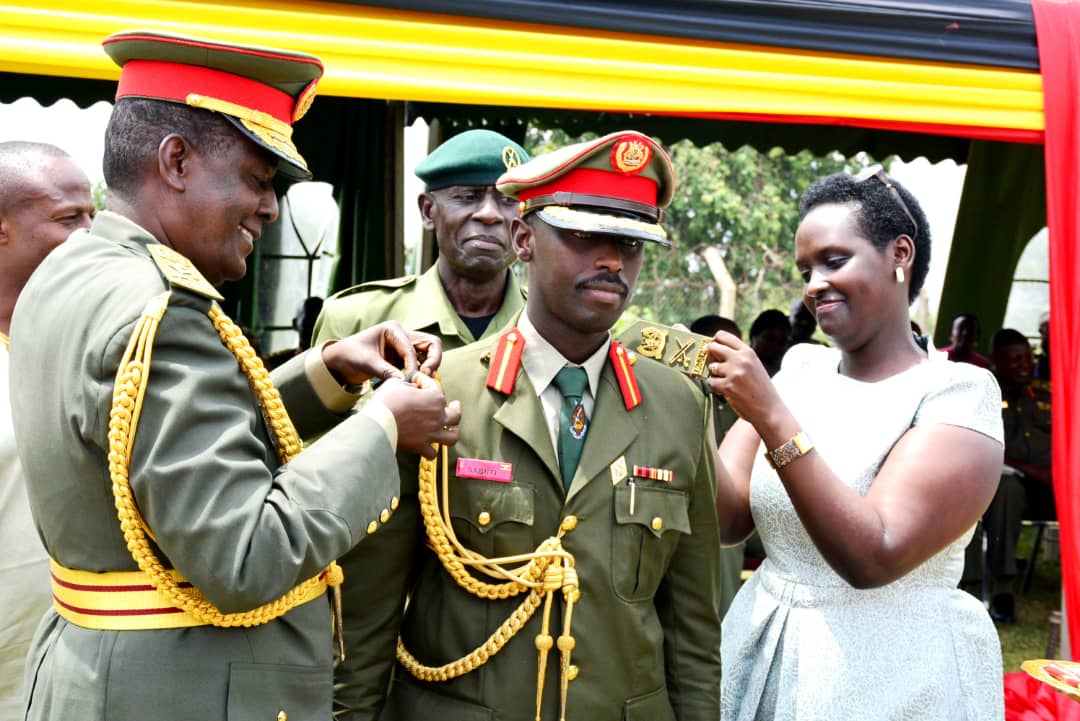